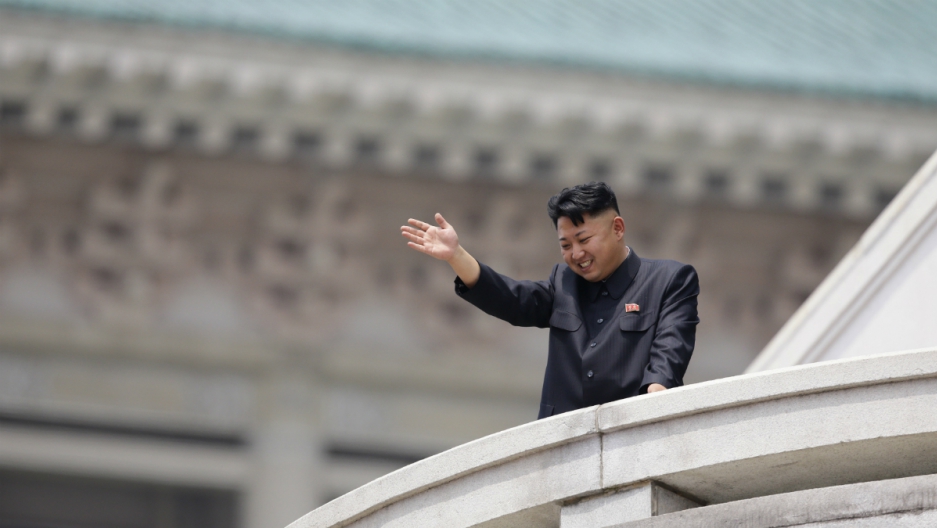 North Korean leader Kim Jong-un waves to the people during a parade in Pyongyang on July 27, 2013.

President Donald Trump tweeted over the weekend that the US is "considering stopping all trade with any country doing business with North Korea."

The United States is considering, in addition to other options, stopping all trade with any country doing business with North Korea.

According to Isaac Stone Fish, a senior fellow at the Asia Society in New York, this is “one of the most absurd and threatening things Trump has ever said.”

If the US were to stop trading with all of those countries, the economy would suffer a severe downturn, not to mention that it would increase tensions even more between the US and China.

“It’s just crazy to me,” says Isaac Stone Fish. “It would be disastrous.”

You can listen to more of Isaac Stone Fish’s analysis of Trump’s tweet on The World segment above.