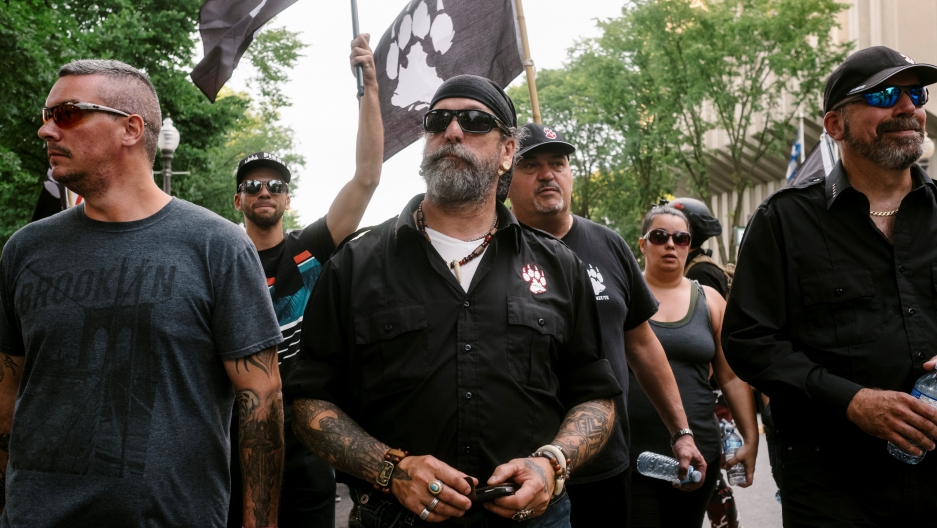 Nearly 7,000 migrants have crossed the border from the US into Canada since July.

Many of them are Haitians fleeing the Trump administration's increased deportations and strict restrictions. They're hopeful that Canada, which has renewed its commitment to accepting refugees and immigrants, will be more welcoming than the US.

But there is pushback in Canada, particularly from a far-right group in Quebec called "La Meute" (The Wolf Pack). The group began online in 2015, determined to combat what it perceived as a risk of Islamic extremism as Canada began accepting the first of 25,000 Syrian refugees. With 45,000 members in their Facebook group, and an estimated 5,000 to 10,000 active members, they've shifted their focus to preserving Quebec's culture in the face of what they call illegal immigration.

La Muete held rallies to protest refugee policies and was involved in a violent clash with counter protesters in Quebec City this past weekend.

Jonathan Montpetit, a reporter with the CBC in Canada who’s been covering the rise of the group, says La Meute has more in common with the National Front in France than the alt-right in America, but they haven't "really been able to demonstrate significant influence on political parties or political decision-making yet."

"Quebec culture is front and center for every political party in the province," said Montpetit. "So while officially, they keep their distance, you do see some overlap in the concerns expressed by [La Meute] and mainstream political parties in Quebec."

Hear more from Jonathan Montpetit by listening to his interview with PRI's The World, above.