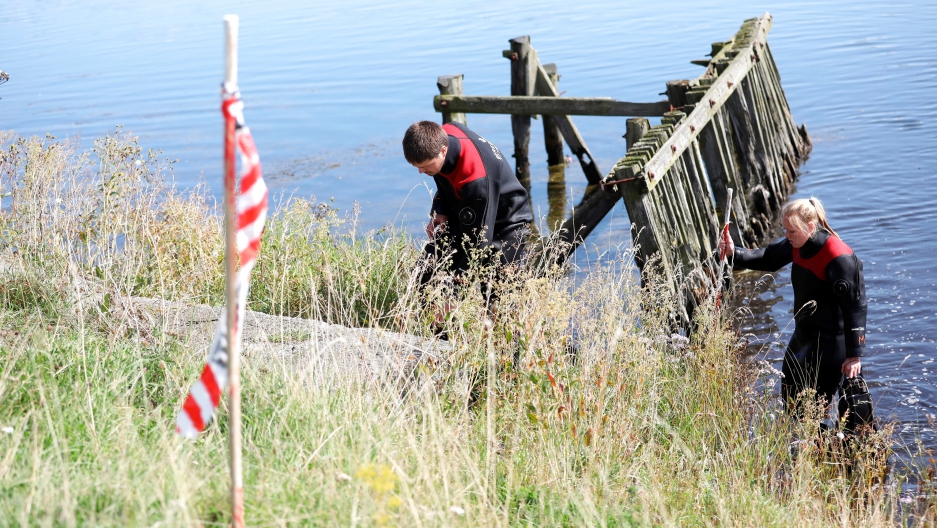 Members of the Danish Emergency Management Agency assist police at Kalvebod Faelled in Copenhagen on August 23, 2017 in search of missing bodyparts of journalist Kim Wall.

The headless torso of a woman found at sea was identified Wednesday as a Swedish journalist, thought to have died aboard a Danish inventor's homemade submarine in a grisly case that has gripped public imagination worldwide.

Danish police confirmed they had made a positive identification of the body, which was found on Monday.

"We have a DNA match between a hairbrush and a toothbrush belonging to Kim Wall and the blood in the submarine and the torso we autopsied yesterday," Copenhagen homicide chief Jens Moller Jensen told reporters. 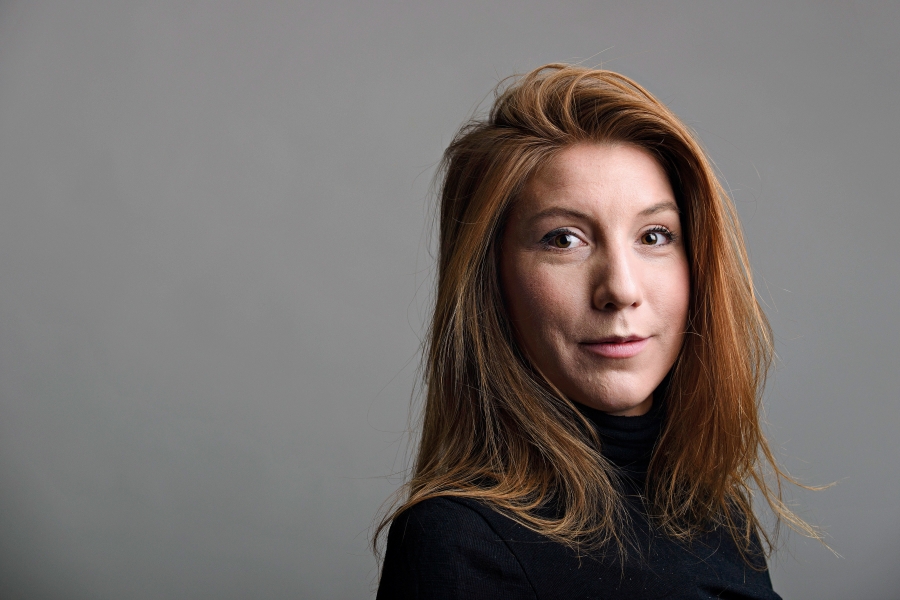 Danish inventor Peter Madsen has been accused of the negligent manslaughter of the 30-year-old reporter, who went to interview him aboard his 60-foot submarine on August 10.

The torso, whose head and limbs were deliberately cut off, was found in Koge Bay, about 50 kilometers (30 miles) south of Copenhagen, police say.

It also bore injuries which appeared to suggest that air had been forced out of it, Jensen added.

He also said the torso had been attached to a metal object which was probably intended to weigh it down.

The cause of death and motive remain unknown and police are still searching for the remaining body parts, Jensen said.

"He wants nothing else than for this case to be cleared up and fully disclosed," Engmark said. "It is in my client's best interest."

Madsen, who has been in custody since August 12, denies the allegations against him.

Wall, a freelance journalist who had reported for The Guardian and The New York Times, was last observed on board the sub with Madsen on August 10.

Her boyfriend reported her missing a day later. The same day, Madsen was rescued from waters between Denmark and Sweden shortly before his submarine sank.

Madsen, whose website describes him as an "inventepreneur," initially told authorities he dropped Wall off on an island late on the evening of August 10.

But he changed his story several days later when he appeared in court, saying Wall had died in an accident on board and that he dumped the body in the water at an undefined location in Koge Bay.

'Angry with God and everyone'

The inventor is dubbed "Rocket Madsen" in a 2014 biography with the same title because he created the Rocket-Madsen Space Lab, funded by donations and which aimed to send privately built rockets into space.

He has been described by acquaintances as temperamental, but not violent.

"He's not violent, he doesn't drink, doesn't take drugs," said journalist Thomas Djursing, who wrote the biography, in an interview with Denmark's Jyllands-Posten newspaper on August 14.

"But he is angry with God and everyone."

And on August 16, his brother Benny Langkjaer Egeso told Swedish daily Expressen that Madsen "is very strange and that turns him into his own greatest enemy right now."

Born into a working-class family, Madsen lived with his father — a war and history buff — after his parents divorced.

'Curse' on the sub

A self-taught engineer, Madsen worked with volunteers to build the Nautilus, the biggest-ever private submarine when it was launched in 2008.

But they fell out in 2014-2015 and members of the board transferred the vessel's ownership to him, the submarine's website says.

Madsen had sent a text message to two board members in 2015, saying "there is a curse on Nautilus".

"That curse is me. There will never be peace on Nautilus as long as I exist," Madsen wrote, according to a 2015 post written by the volunteers in Danish on the website.

"You will never have a good feeling inside the submarine... do not throw more lifeblood into that boat."

Wall, a graduate of Columbia School of Journalism, was based in New York and China.

Her friends described her as "invincible", "ambitious" and as "seeing something good in everyone", according to Swedish media reports.

"It is with endless sorrow and dismay that we have received the news that the remains of our daughter and sister have been found," Wall's mother Ingrid wrote in a Facebook post on Wednesday.

Wall had covered news about earthquake-hit areas in Haiti, Idi Amin's torture chambers in Uganda and minefields in Sri Lanka.

"She gave voice to the weak, to the vulnerable and marginalised people," her mother wrote.

"That voice would have been needed much, much longer. But now that will not be so."