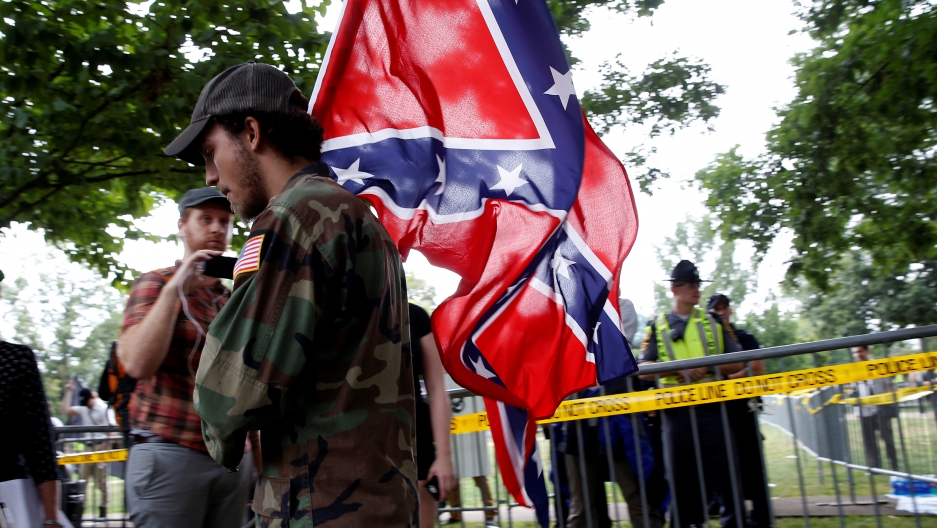 A white nationalist carries the Confederate flag as he arrives for a rally in Charlottesville, Virginia, US, August 12, 2017.

I fell in love with Charlottesville. I lived there for eight years and it remains my favorite city.

But my heart broke to see the streets there filled with anger and hate just a few days ago.

As a new immigrant, I worked in an electronics store in a mall in Charlottesville. I sold a lot of cell phones — back then, flip phones were all the rage. There was a big demand for accessories too, such as decorative faceplates.

Kind of like a personalized case for your smart phone, before cases really were a thing. There were hot pink faceplates, ones that looked like a dollar bill, the American flag, camouflage. People would often come in asking if we carried a Confederate flag faceplate.

Our store did not, but I would send customers to an Indian couple who had a kiosk in the mall that sold only specialized faceplates. I told the couple about the demand for the Confederate flag faceplates. They got the message and were quick to stock their kiosk with hundreds of Confederate flag cases.

At the time, I didn’t understand the meaning of the Confederate flag or its history. Neither, I think, did the Indian couple who owned the kiosk.

I didn’t think about it much then, and the couple was happy that I sent customers their way — though some of the same people who bought their Confederate cases also told them to go back to India.

This week, I’ve been wondering if some of those people also took part in the rally in Charlottesville.

Related: What it was like that day in Charlottesville

When Deepak Singh moved to the US, he settled in Charlottesville, Virginia, where his wife was attending graduate school. Since then, he's returned to being an author and journalist, including for PRI's The World. Before that, though, he worked a series of retail jobs including the one he described above.