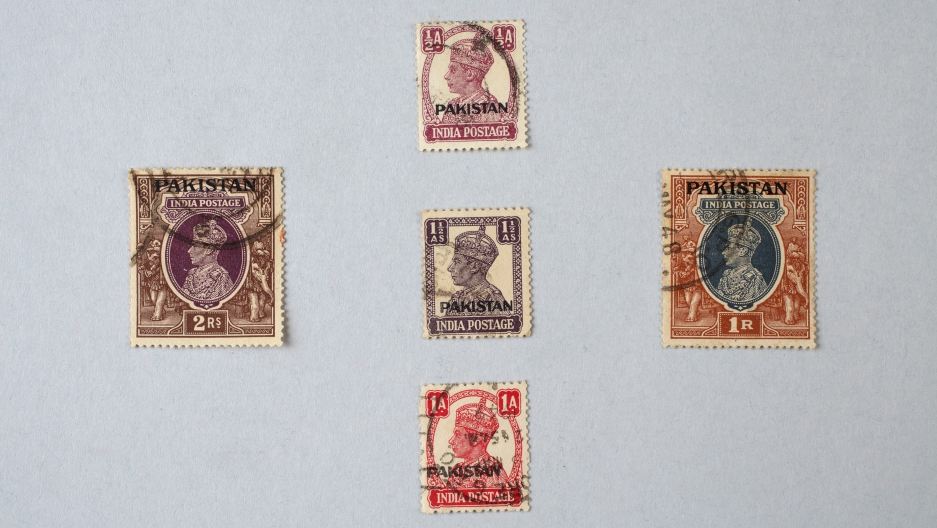 After Partition, the newly created country of Pakistan continued to use stamps printed by the British, but stamped them with the name Pakistan, until new stamps could be printed.

Courtesy of the Partition Museum

India and Pakistan both celebrate an Independence Day. In Pakistan, it’s Aug. 14; in India, a day later. Each national holiday marks the end of British rule, and the creation of two, independent countries.

But the Partition itself hasn't been commemorated in a similar fashion. In 70 years of independence, there has never been a major museum opened to commemorate what was one of the largest migrations of the 20th century. Once the borders were announced, millions of people were displaced overnight. It was followed by waves of violence, with riots, massacres and mass rapes. Estimates put the death toll between 250,000 and 2 million.

It’s not that the horrors have been forgotten. When Guneeta Singh Bhalla was a child in India, her grandmother told her stories about what happened to her friends during partition. Bhalla says her grandmother described how when the floods came that year the water ran red because of bloodshed in the streets.

Yet when Bhalla moved to America and went to high school, she learned about Hiroshima and the Holocaust, but not the Partition of India.

“Partition was not even a sentence,” Bhalla says. “When I mentioned it to my teacher in high school, I remember her saying that maybe it was an exaggeration — it was not as big a thing because it was not even in our textbooks.”

Bhalla is now the executive director of the 1947 Partition Archive, born at a tech incubator hub in Berkeley, California. It has been training volunteers to take oral histories of the Partition before the survivors and their stories disappear. Bhalla says the stories can take hours to record.

One story belongs to Ajit Cour, who lived in Lahore. When disturbances broke out in the summer of 1947, Cour’s family decided to move to the relative safety of Shimla, a town in the hills outside Delhi. Cour's grandparents stayed at the family home in Lahore, while her parents took the children to Shimla. They expected to be there for a few weeks before it all calmed down.

But Lahore became part of Pakistan, and history was changed.

They never went back, as a family.

Cour remembered waking up in the morning to find her father sobbing. He had been listening to the reports of the carnage on the radio.

“And we saw our father’s beard had gone half gray,” she said in her recording. “He couldn’t bear the shock.”

Some 4,000 stories later, the archive is now available to the public through universities in the United States and South Asia — a sort of digital museum. But a a brick and mortar museum is finally opening.

On the 70th anniversary of the Partition, the facility will open in the old town hall in Amritsar in Punjab, the scene of much of the devastation. The official opening is Thursday. 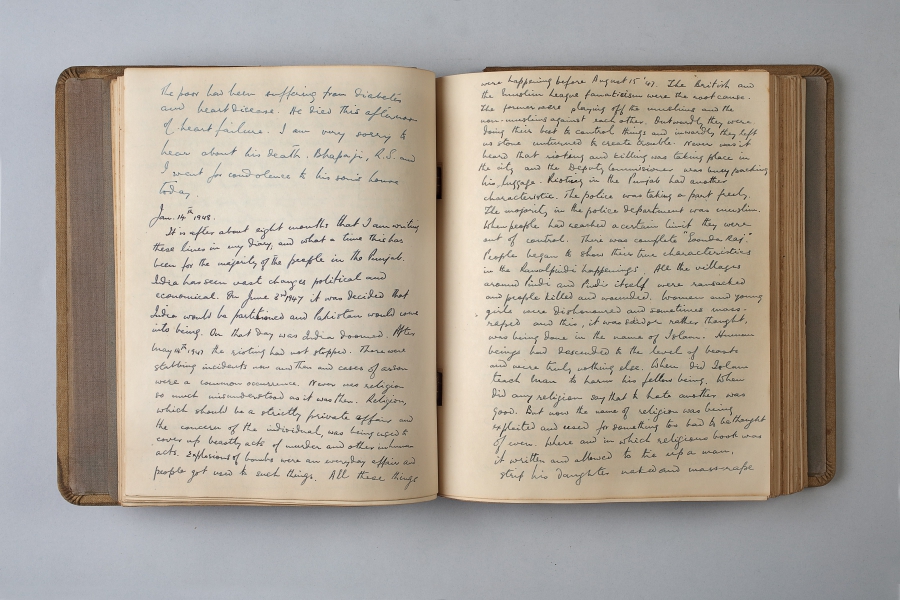 Amar Kapoor kept a diary in the blood-drenched summer of 1947 after migrating from Lahore to Delhi, via the border city of Amritsar.

Courtesy of the Partition Museum

“The idea behind this museum is the fact that most of the Partition survivors are now in their 80s and 90s,” Lady Kishwar Desai, chair of the Arts and Cultural Heritage Trust, told India’s Rajya Sabha TV.

The trust is overseeing the project.

“It’s been 70 years since the Partition of India and we haven’t done anything to commemorate them or remember them in any way,” Desai says.

There are many reasons that never happened. There is still so much trauma, with splintered families and lost homes. Desai, whose own parents were Partition survivors, says that generation was preoccupied with survival. Her father was a student in Lahore before Partition. He could never finish his doctoral degree because he lost his papers in the displacement to India.

The ongoing political tensions — and outright wars — between India and Pakistan made it harder to conceive of anything like a museum. In South Asia, a lot of memory “has been shaped by politics,” Bhalla says, and it was always challenging to build something like a Partition museum, given the often tense Indo-Pak relations. Bhalla adds that she would rather have an interactive Center for Learning.

Not surprisingly both of these remembrance projects try to steer away from the minefield of South Asian politics. Instead, they focus on the human story of all the people who were caught in the middle.

Related: Why this musician wants to understand xenophobia today by remembering the past

The new Partition museum has been collecting things that people carried with them, such as a box in which a little girl brought her dolls, property deeds for land that could never be claimed, and sketches drawn with mud in a refugee camp. Desai says some women sent in wedding saris because that was “the one thing they brought with them.”

Amid the tragedy, the museum also recounts stories of hope and heroism. Naveen Chawla, India’s former chief election commissioner, told the museum that his own mother, a doctor, tried to save the children of her Muslim patients who chose to stay on in their homes in Delhi, but wanted their children out of harm’s way.

“They would give their little children to her,” Chawla recalled. “She would bring them in her car and hide them under our bed and send them to the safety of Hyderabad and other places.”

The museum is open to all these stories, Desai says. It does not matter whether they are from India, Pakistan, Bangladesh or the diaspora. “Our museum is global, it’s not an Indo-Pak museum,” she adds.

Chawla says he just wishes this museum had happened two or three decades ago when more of those who went through Partition were still around.