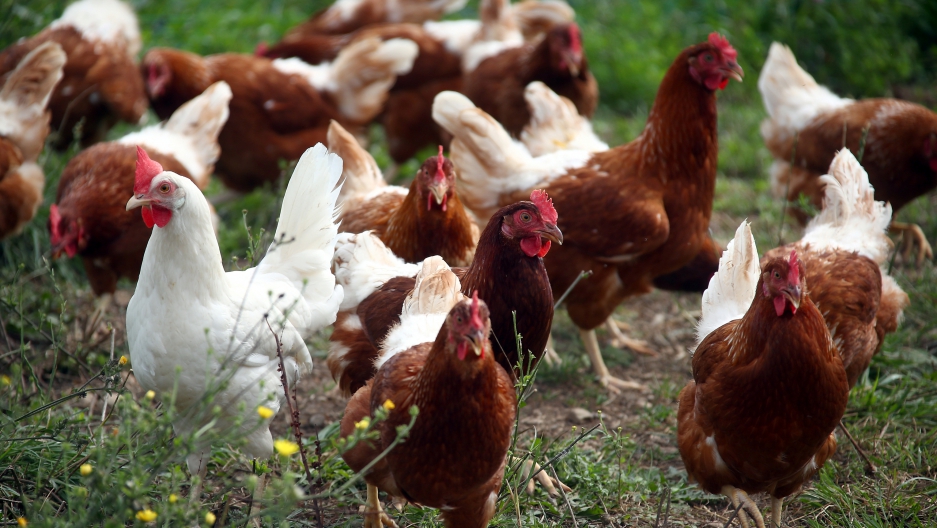 Millions of eggs have been pulled from supermarket shelves and dozens of poultry farms closed this month after European discovered eggs tainted with a pesticide.

Liquid egg products tainted by fipronil were discovered at a food company in northern Spain, authorities said Saturday, the first time the chemical that has caused a Europe-wide crisis has been detected in the country.

Fipronil, which can harm human health, has been discovered in eggs in 16 European countries since the scandal came to light on Aug. 1 and has even been found as far afield as Hong Kong.

Millions of eggs have been pulled from supermarket shelves and dozens of poultry farms closed, with the European Commission calling for a special meeting on the crisis.

Spain appeared to have been spared but on Friday afternoon, a batch of "20,000 units of pasteurised liquid egg" tainted with fipronil was discovered at a food company in the Basque Country in northern Spain, a spokeswoman for the regional government's health department told AFP.

"The company had not used them yet," she said, adding that as a result they had not entered the food chain in Spain. They will all be destroyed.

The spokeswoman, who refused to be named, said she did not know where the batch came from, but Spanish media reports suggested it had been imported from neighbouring France.

Fipronil, an insecticide, is commonly used to get rid of fleas, lice and ticks from animals but is banned by the European Union from use in the food industry.

Belgium became the first country to officially notify the EU's food safety alert system of the presence of tainted eggs on July 20, followed by the Netherlands and Germany.

The EU insists there is no threat to humans, but the World Health Organization says that when eaten in large quantities it can harm people's kidneys, liver and thyroid glands.