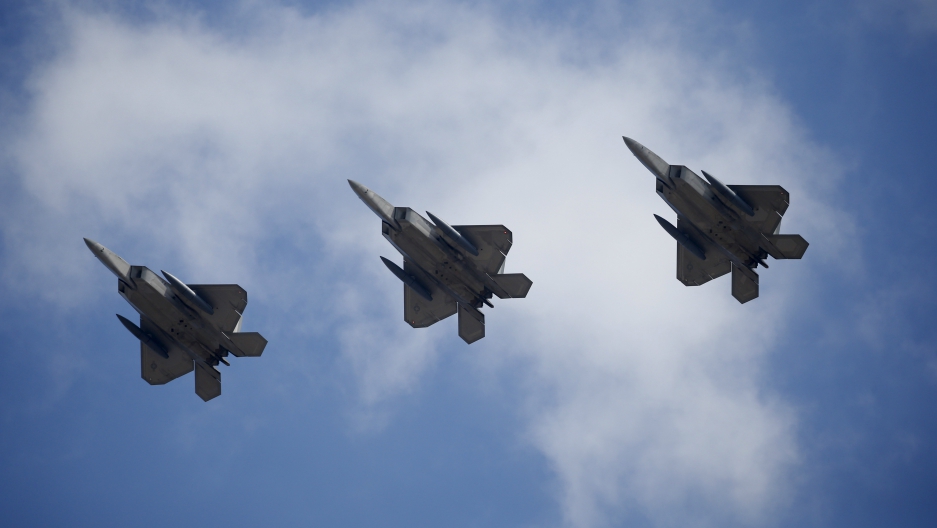 President Donald Trump's tweeted message that military "solutions" to the North Korea nuclear crisis are now "locked and loaded" has further raised the tit-for-tat rhetoric in the escalating stand-off.

But Trump's message doesn't change anything about the US military's posture in the Asia-Pacific region or on the Korean Peninsula, where the Pentagon has for years claimed it is ready to "fight tonight" if necessary.

Here is a look at the size and strength of some of America's massive arsenal in the region.

A key component to US military power in the Asia-Pacific region is its permanent deployment of troops in South Korea, a legacy from the Korean War.

Because the truce between the Koreas was never ratified by a formal peace treaty, the two sides technically remain at war, and Pyongyang has in the past put its troops on a war footing during times of high tension.

The Pentagon currently has 28,500 troops from the Air Force, Army, Marine Corps and Navy stationed in the South.

The bulk of these — about 19,000 soldiers — are from the 8th Army which is garrisoned at Yongsan in Seoul, just 25 miles from the border with North Korea.

The US also has multiple squadrons of F-16 fighters and A-10 ground-attack jets.

The American forces are closely intertwined with their South Korean partners and the two militaries routinely conduct joint drills — the next of which are slated for later this month.

The US military has a massive presence in Japan, rooted in the end of World War II, with a total of about 50,000 troops in the country.

The largest contingent of these is made up by the Marine Corps, which has more than 20,000 Marines permanently stationed in Japan including at Futenma and Iwakuni air bases.

Those troops fall under control for the US military's enormous Pacific Command, which has more than 377,000 civilian and military personnel working across the Asia-Pacific region.

And the Navy has a carrier strike group permanently based at Yokosuka in Japan, led by the massive USS Ronald Reagan aircraft carrier.

The ships are part of the 7th Fleet, which is headquartered at Yokosuka and is the largest of the Navy's forward-deployed fleets.

Currently, the only strike group within immediate access of the Peninsula is the USS Ronald Reagan, though the USS Nimitz is in the Gulf and the USS Theodore Roosevelt is conducting exercises off Southern California.

The Navy additionally fields a fleet of nuclear submarines. Their locations are secret but it's likely several of these are lurking in the region.

The military has more than 5,000 troops permanently stationed on Guam, a small US island territory that North Korea has said it plans to launch missiles toward.

North Korean's military said the plan involved four Hwasong-12 missiles, which would be aimed to come down "30 to 40 kilometers away from Guam."

The island hosts Andersen Air Base, where B-1 bombers are currently positioned. It is also home to a squadron of F-16 fighters.

A THAAD battery is also stationed on Guam.