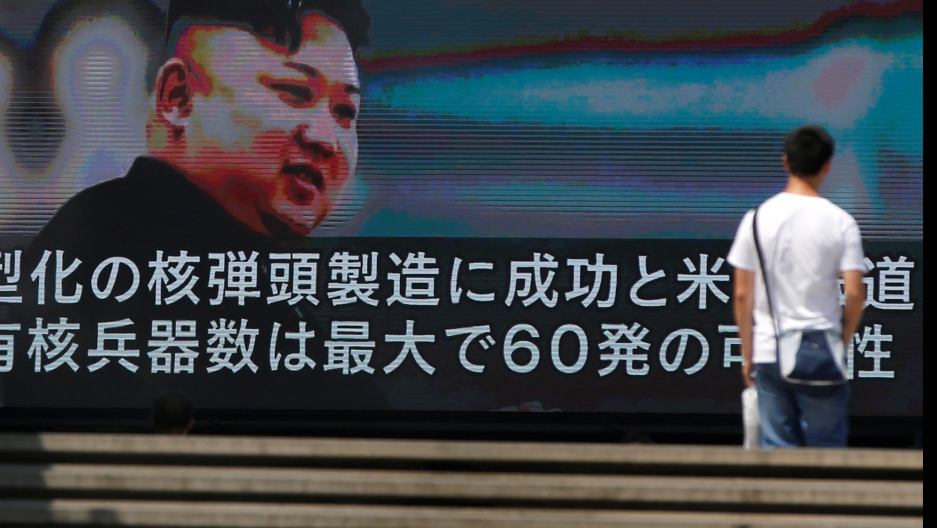 North Korea said Thursday its plan to launch intermediate-range missiles toward Guam would be ready within days.

It followed US President Donald Trump's warning of "fire and fury like the world has never seen" as a war of words with the US escalates tension on the peninsula.

Would the North be able to carry out such an exercise? And could the US stop it?

The North's military said the plan involved four Hwasong-12 missiles, which would be aimed to come down "30 to 40 kilometres away from Guam."

The intermediate range ballistic missile (IRBM) flew about 489 miles in its latest test in May, when it was fired at a steep angle, and is believed to have a maximum range of about 3,106 miles.

That puts Guam — around 2,050 miles from North Korea's missile bases — well within range.

Analysts ruled out the possibility of them missing their targets to such an extent they hit the island instead.

The Hwasong-12 did not have "razor-sharp precision," said Yang Uk, senior researcher at the Korea Defense and Security Forum (KODEF), describing its technology as similar to that of the Soviet Union in the 1970s.

But he added: "The missiles could miss the target area by up to five kilometres but not more than that."

Given the intended distances declared by Pyongyang, "the chances of hitting the island by accident seem pretty low for now," he told AFP.

The launches — if they happen — are expected to test US missile defense systems in the region.

No North Korean missile has overflown Japan for years, although in recent months several have come down in Tokyo's exclusive economic zone.

In the past it has warned it would shoot down any North Korean missiles that threaten its territory, and both the US and Japan are equipped with the Standard Missile-3 (SM-3) system.

It uses sheer force — equivalent to a 10-ton truck moving at around 621 miles an hour — to destroy its target in a collision, and can operate beyond the Earth's atmosphere to intercept ballistic missiles at high altitudes.

Manufacturer Raytheon likens the technique to "intercepting a bullet with another bullet."

"If missiles are targeting Guam, the US will act. It's only natural," said Takashi Kawakami, expert on defense issues and a professor at Takushoku University.

"Japan and the US operating together, the probability of interception should increase," he told AFP. "But it is also possible that they fail to shoot down some of the missiles."

Japan also has Patriot anti-missile systems, but they operate at lower altitudes.

Like the SM-3, the system also uses "hit-to-kill" technology, and it was successfully tested against an IRBM for the first time last month in Alaska.

But it is designed to intercept a missile at the final "terminal" stage of its flight, so the South Korean- and Japanese-based batteries are unlikely to be effective.