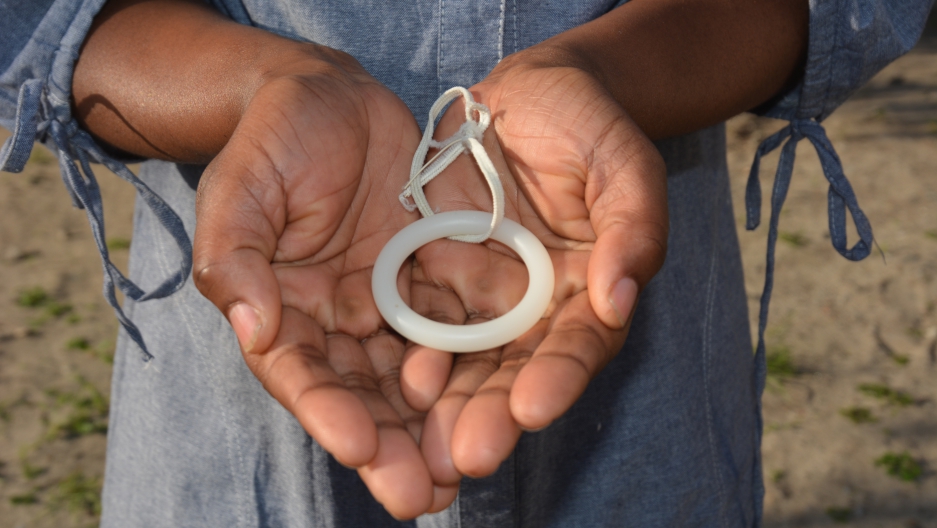 This silicone vaginal ring is impregnated with an antiretroviral drug.

Ziyanda Kamte says she knew her husband was cheating on her.

And she knew a lot about the HIV epidemic — her aunt died of AIDS-related tuberculosis. So, when her husband demanded sex, Kamte demanded that he use condoms.

“There were times when he would beat me up just for asking for a condom,” explains Kamte. “Because I said no. I refused. I was trying to protect myself. But he didn’t see it that way.”

Here’s the question that’s stumping health workers and activists: If more than 7 million HIV infections nationwide won’t convince a man to wear a condom, what will?

Tired of playing Russian roulette with her health, she moved with her kids to Cape Town. One of the first things she noticed in her new neighborhood, tucked into the maze of tiny houses, was the Desmond Tutu HIV Foundation. The research center was conducting a drug trial on a new way for women to prevent getting infected with HIV.

Kamte has these marvelous dimples that deepen when she smiles with pride. For her, participating in this study was personal. “I was so happy and excited that, finally, I have something that I’m going to be a part of.”

“It definitely might hold the key,” says Dr. Katherine Gill, the lead researcher in this study. She’s holding the key in the palm of her hand. The key, in this case, is a white, soft silicone ring. It looks like birth control — but it’s not.

“It’s impregnated with an antiretroviral,” explains Gill. “And it comes out basically in slow release over a month.”

This ring, impregnated with the drug dapivirine, would give women a whole new degree of control over HIV prevention. If used consistently, the ring has a 60-percent efficacy rate. That might not sound like a lot, but Gill says if this gets licensed, “It will avert at least a million HIV infections over the next 20 years.”

In order for the ring to work though, a woman has to put it in, which she can do herself, and keep it in for 28 days. It should not be removed until she replaces it with a new one. Here’s the thing, though — throughout the trials, many women did remove it.

Gill explains that “What this virus has taught is that ... you can be a researcher, you can design something amazing ... and then people don’t use it.”

So, what is it going to take for women to protect themselves from HIV?

"It’s getting to a point where you think, 'OK, where do I see myself in the next five years?'" asks Awelani Neuonde. "'Will I form part of the [HIV] statistics,' you know?" 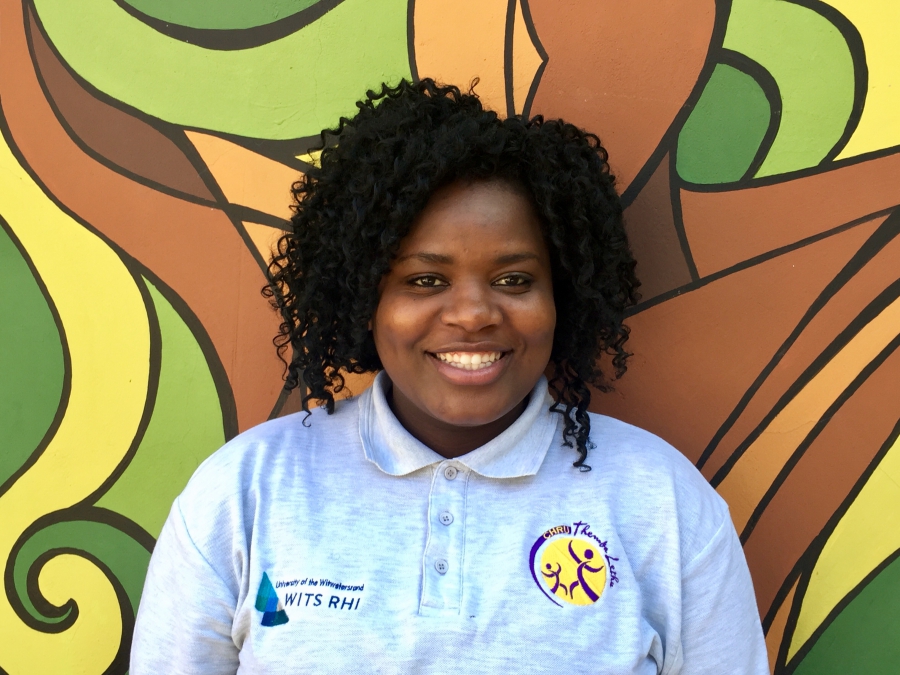 Awelani Neluonde lives in Johannesburg. She hopes that one day she can get an injection that will protect her from HIV infection.

Neuonde is 21. She lives in Hillbrow in Johannesburg. It’s one of the most crime-ridden neighborhoods in the country. As a young woman, she knows the odds are against her. She’s two times more likely to become HIV infected than men her age. And there is a violence against women crisis, too.

"There’s high risk of a lot of things that can happen to me as a young woman, for example, being raped," says Neuonde. “So, having such options to prevent myself from being HIV positive or to contract the disease, it makes me feel more safe.”

This is why researchers are pushing hard for another drug trial — one that is even more discreet than the vaginal ring. It’s called HPTN 84. It's an injectable pre-exposure prophylaxis — or PrEP. It's the use of anti-HIV medication that keeps HIV-negative people from becoming infected.

“In order for us to prove and license the product for PrEP, we have to do what is called a phase three trial,” explains Dr. Sinéad Delany-Moretlwe. “It’s a very large trial involving many thousands of men and women.”

Delany-Moretlwe is an HIV researcher here in Johannesburg. She chairs the upcoming clinical trials for HPTN 84, a long-acting injectable of the drug cabotegravir. She says that “part of the work ... is to think about how we can support young women to use the products because the same factors that shape their HIV risk also shape how they can or can’t use these products.”

“If the injectable was approved, I would rather go for the injectable option rather than taking the pill every day,” says 21-year-old Awelani Neuonde. “Because, at my age, having to set a timetable, a schedule, to take this pill at this day at this time, it can be very stressful.”

Human trials for the injectable start later this year. The trial team will enroll 3,200 women throughout Africa. The trial is scheduled to run through 2021. That’s a long time, but Neuonde is so excited that she has joined the community advisory board of Wits Reproductive Health and HIV Institute, helping the investigators reach out to women to participate in the trial. She says this new way of protecting herself from HIV could change her everyday life.

“Even when I walk on the street I will know that there is something protecting me, you know?”

A previous version of this story misstated where the injection would be delivered.