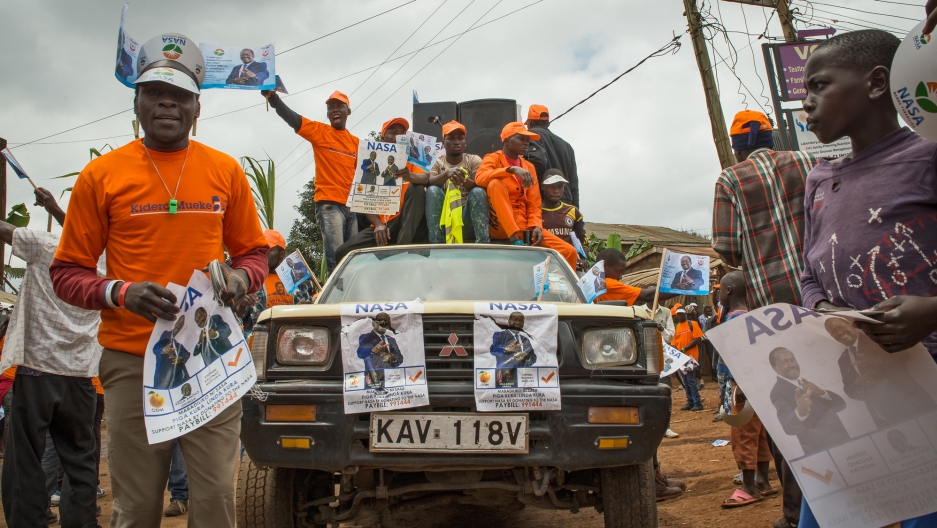 Opposition party members chant campaign slogans in support of National Super Alliance Presidential candidate, Raila Odinga in Kibera, Nairobi. Kenya’s upcoming elections pinned current President Uhuru Kenyatta against his long-time rival Odinga, who has campaigned and lost against the president in the last two elections. Tuesday’s elections were fraught with accusations of vote rigging, faultypolling technology and poor electoral oversight, leaving many Kenyans skeptical of how transparent the voting process would really be.

The usually congested streets of Nairobi were silent this morning as Kenyans quietly cast their vote for their next president. Many had left the nation’s capital ahead of Tuesday’s vote, heading up-country in hopes of avoiding the kind of violence that has engulfed their country in past elections.

But all remained peaceful as the majority of polling stations closed Tuesday evening, some voters still waiting patiently under night skies to see their tickets successfully placed inside a ballot box.

Still, this year’s elections haven’t been without their challenges. The lead-up to Tuesday was marred by accusations of political corruption, bribery and the suspicious murder of election official Chris Msando late last month.

And on Tuesday, technical hang-ups, misdelivered ballots and weather delays meant Kenyans in several counties would continue casting votes late into the night. Many other voters who didn't face those types of problems still waited long hours in lines wrapping from one side of a polling station to the other; some arrived at 6 a.m. only to cast their votes in the early afternoon.

But Kenyans remained determined to select their next president — some even slept at polling stations overnight, to make sure they would get to cast their votes.

While the votes are still being counted across Kenya tonight, the country known for the 2007-2008 postelection violence that killed up to 1,500 seems to be experiencing a sense relief, however temporary, until the official winner is announced. 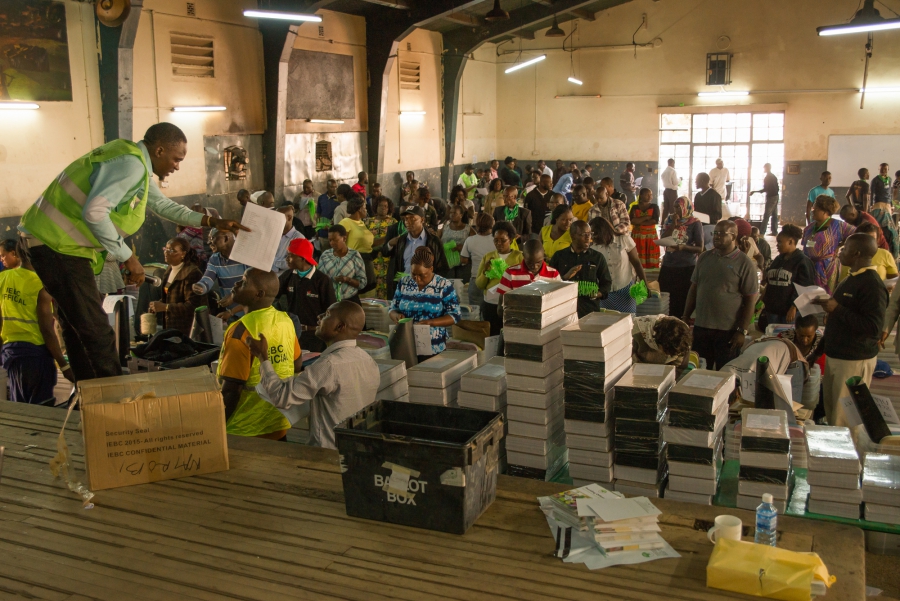 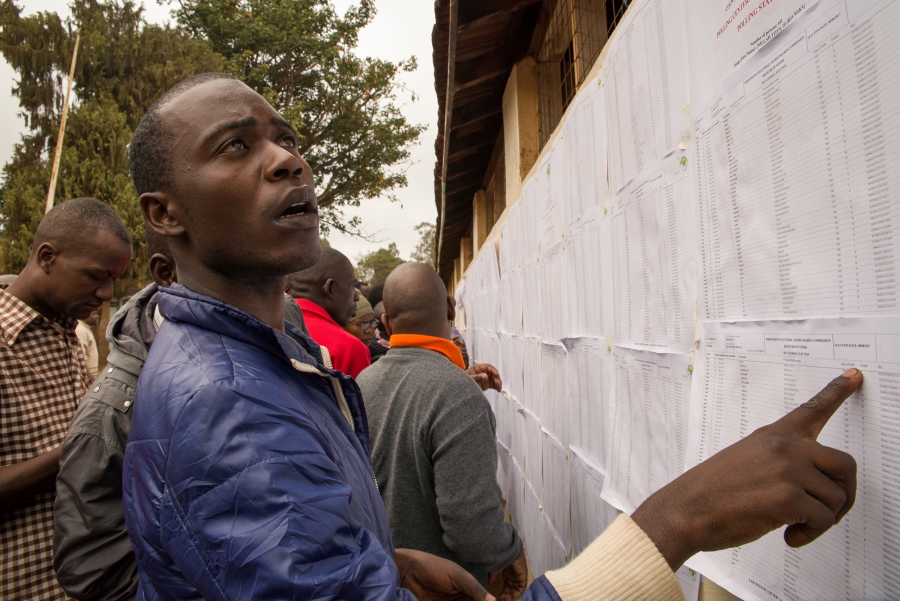 A man from an informal settlement in Nairobi searches for his name on a voter registration list at Kibera Primary School. Some voters were unable to locate their names on the registrar, forcing them to contact election officials for assistance. 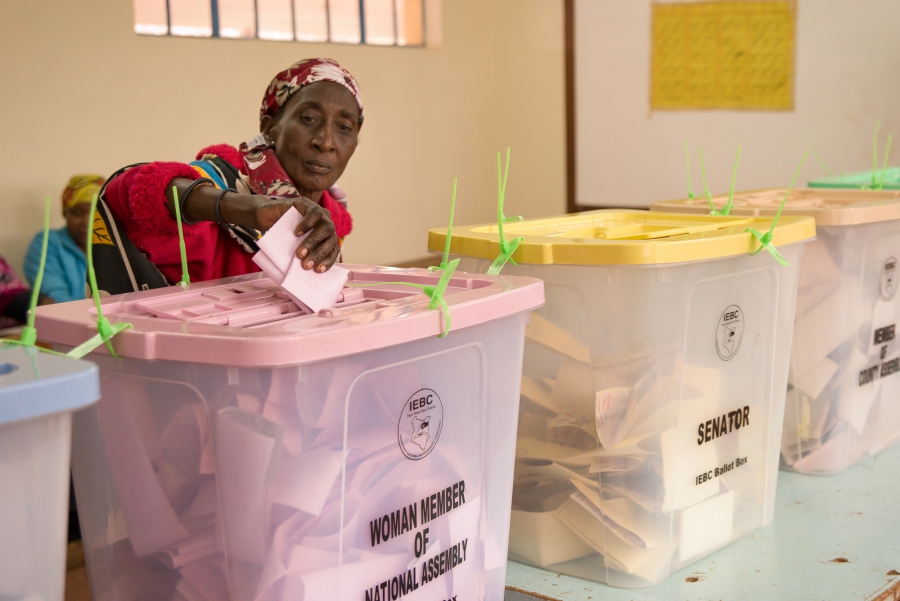 An elderly woman submits her ballot at Kibera Primary School in Nairobi. Many voters withstood long lines and slow registration technology to vote in Tuesday’s elections. 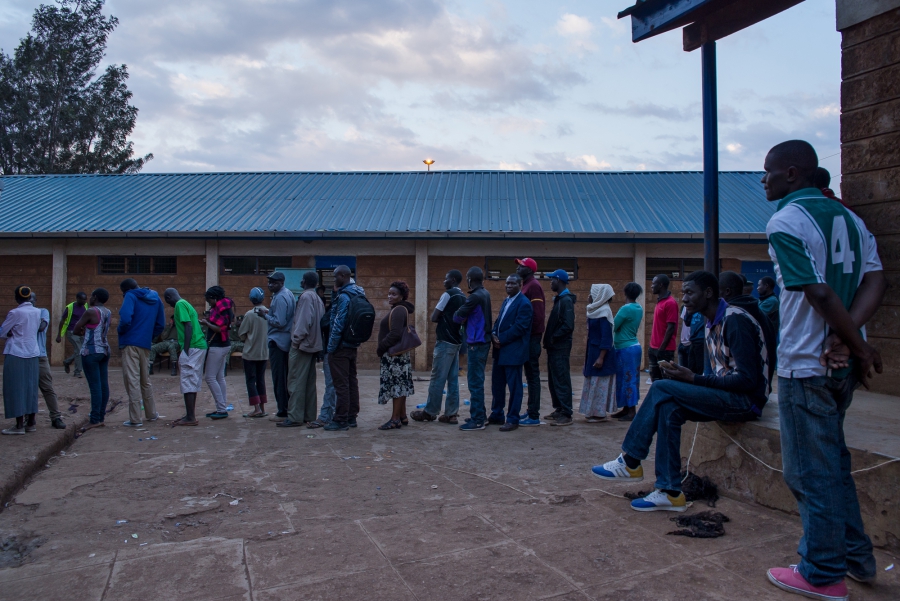 Kenyans stood in lines late into Tuesday night in order to cast their vote for their next president. Technical hangups, mis-delivered ballots and weather delays mean voters several counties will continue submitting ballots late into the night. 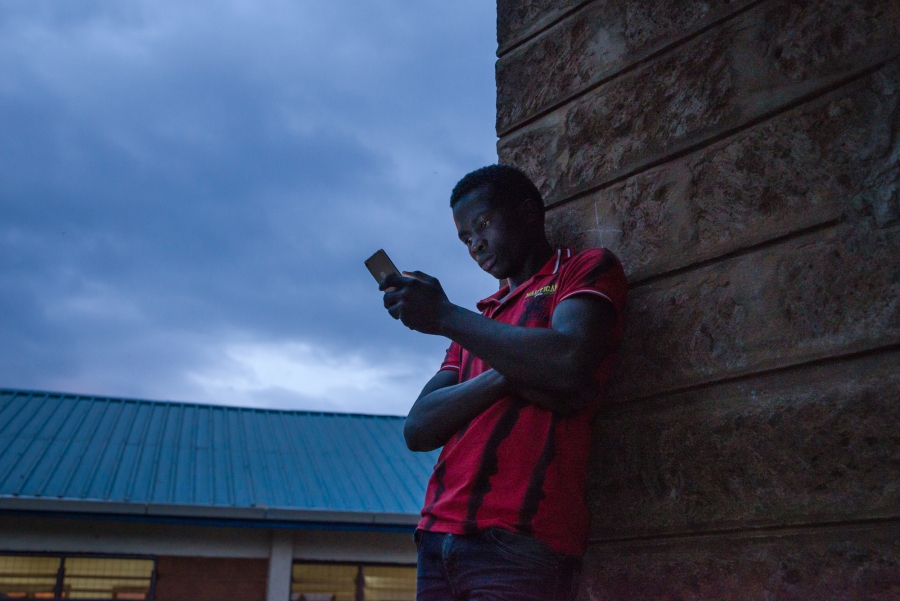 A man waits for voting to end outside a polling station at Olympic Primary School in Nairobi. 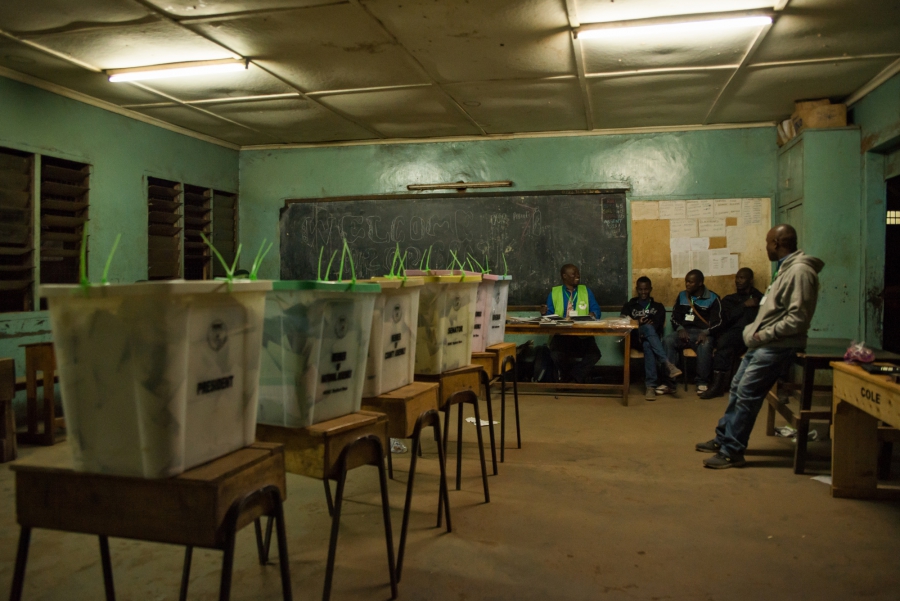 Election officials wait for confirmation to begin counting votes for Kenya’s next president in Nairobi, Kenya. 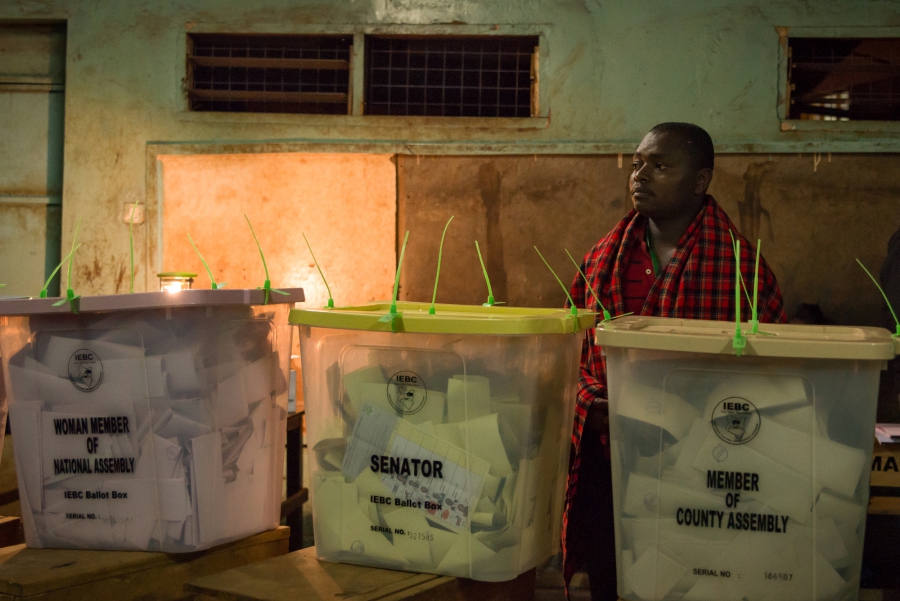 An election official wait for confirmation to begin counting votes for Kenya’s next president in Nairobi, Kenya. 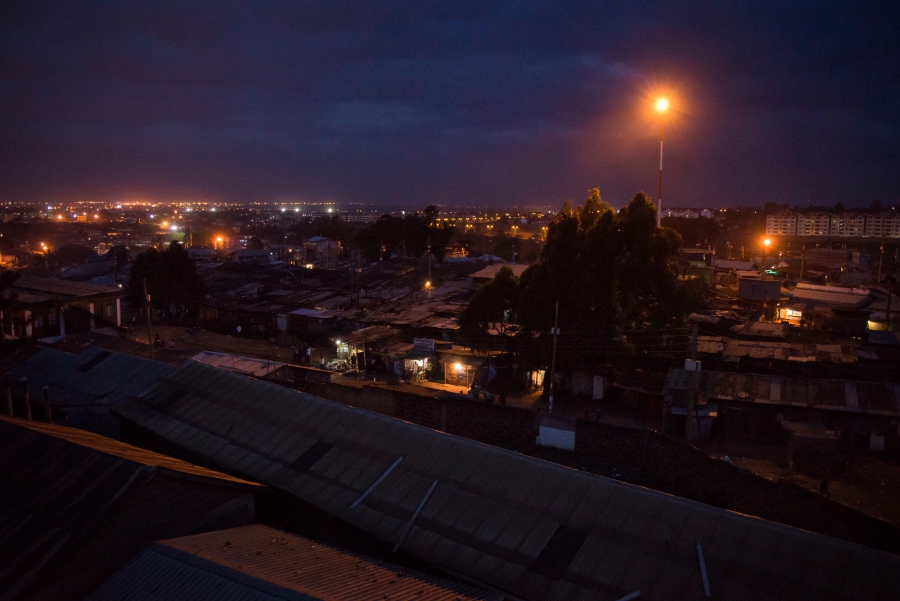 Night falls on Kibera, an informal settlement in Nairobi, Kenya. Much of the 2007/2008 post-election violence occurred in and around Kibera. Tonight, it is quiet.