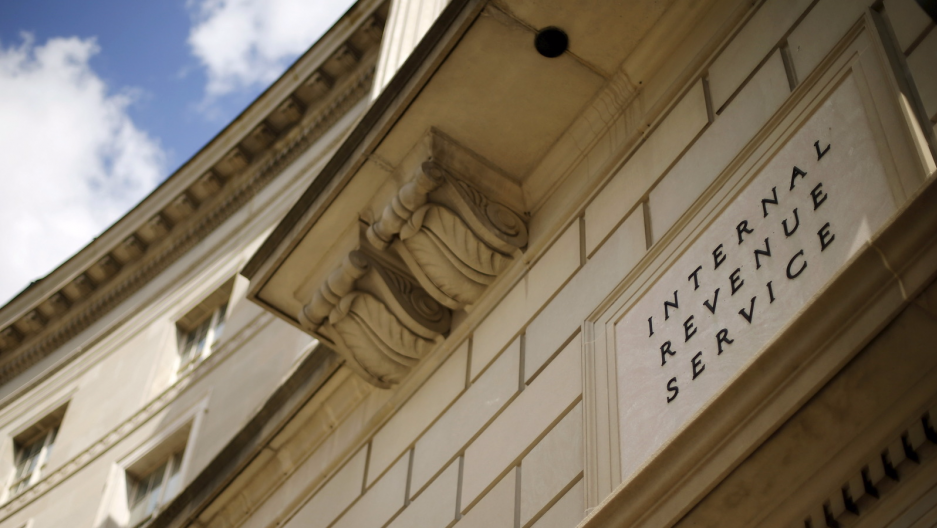 A general view of the US Internal Revenue Service (IRS) building in Washington May 27, 2015.

Trump’s appointment of federal debtors to his administration perpetuates a pattern that’s dogged presidential administrations — including that of President Barack Obama — for decades.

Trump himself has yet to address the issue in any meaningful way. Meanwhile, a bill aimed in part at disqualifying serious tax scofflaws from federal employment has languished since Rep. Jason Chaffetz, R-Utah, introduced it in January. (Chaffetz resigned in June.)

“The Trump administration is proving to be no different than any of the others,” said Marcus Owens, a partner at law firm Loeb & Loeb and former director of the IRS’ exempt organizations division. “For senior executives, particularly, there should be some requirement that they should stay current on their taxes.”

White House spokeswoman Natalie Strom declined to answer questions about the White House’s policies on employing people who owe the IRS money or whether Trump himself would like his appointees to retire their IRS debts.

The Trump administration officials’ IRS debts were spotted by reporters and volunteers for #CitizenSleuth, a project launched last month by the Center for Public Integrity and Reveal from the Center for Investigative Reporting. The crowd-sourced investigation is examining detailed financial disclosures from more than 400 top Trump administration officials and nominees, including nearly 190 who reported owing someone money — from student loans to mortgages to credit card debt.

The Trump appointees reporting money owed to the federal government include Justin Clark, a prominent Trump White House aide, who owes up to $50,000 in back taxes, according to disclosure records.

A financial disclosure filed by Clark, the White House director of intergovernmental affairs and a deputy assistant to the president, does not indicate he’s actively paying off his debts through an IRS-approved payment plan. In his role, Clark serves as the White House’s liaison to state, local and tribal governments.

US Department of Agriculture Special Assistant Joe Alexander and White House Liaison for the Corporation for National and Community Service Deborah Cox-Roush, who each also reported owing up to $50,000 in federal taxes, indicate they are on payment plans, according to their financial disclosures.

Reached by phone, Cox-Roush explained that she didn’t withhold enough money from her income earlier this decade and therefore got behind on her taxes. She expects to clear her debts in full by September. The White House expressed no concerns to Cox-Roush about her tax situation, she added.

“It’s not been an issue, and I’ve done what the law has allowed me to do,” said Cox-Roush, who according to her LinkedIn resume also serves as director of the Senior Corps. Until June, she worked as a special assistant to US Department of Education Secretary Betsy DeVos.

Clark earns a taxpayer-funded annual salary of $165,000, according to White House records. Alexander, whom ProPublica identified as a “GS-15” employee on the federal pay scale, would earn somewhere from $103,672 and $134,776, based on that designation.

Cox-Roush was a GS-15 employee during her stint at the Department of Education, although it’s unclear how much she earns at her new job. Clark and Alexander, as well as representatives of the Department of Agriculture, did not return requests for comment.

IRS spokesman Bruce Friedland declined to comment on the matter, citing federal privacy laws. In general, the IRS advises that “those who receive a bill from the IRS should not ignore it.”

Strom, the White House spokeswoman, emphasized that federal officials owing the IRS money is "hardly a new practice," adding: "I’m just wondering why it’s such a big deal that these three people voluntarily disclosed that they owe the IRS money, especially when two of them are even already on a payment plan with the IRS as your records show."

Take the case of Timothy Geithner, who once paid back taxes before becoming Obama’s treasury secretary — a position in which Geithner oversaw the IRS.

Early in Obama’s administration, 41 aides working in the Executive Office of the President together owed the tax man more than $831,000, according to a Washington Post analysis of IRS data.

By late 2014, 45 of the 1,823 people employed by the Obama administration’s Executive Office of the President had delinquent income tax payments together worth about $460,000, according to a periodic report issued by the IRS’ Federal Employee/Retiree Delinquency Initiative.

There is also no comparable IRS debt data yet available for the federal workforce in 2017, making it impossible to know whether current White House officials and federal employees in general owe the IRS less money — or more — under Trump’s administration.

Moreover, Trump has only been in office since Jan. 20 and has not fully populated his administration with key personnel. Hundreds of political positions Trump is responsible for filling are either vacant because he hasn’t appointed people to fill them or because the Senate has not confirmed people he’s nominated.

Many key Trump administration personnel also have yet to file public personal financial disclosures that are supposed to list personal debts, so it’s impossible to know whether anyone else owes the IRS money.

“Public leaders should be responsible in their own affairs, and owing such a debt could lead to instances of corruption,” said Scott H. Amey, general counsel for the Project on Government Oversight, a nonpartisan nonprofit.

“We should hold people we appoint to political positions to a high standard,” said Ryan Alexander, president Taxpayers for Common Sense, another nonpartisan nonprofit. “Clarifying what the standards even are would be helpful.”

As for the IRS, Trump is angling to shrink it: His 2018 budget proposal calls for staffing cuts to the bureau. Trump also wants to cut the IRS’ overall budget to $9.65 billion, down from $12.1 billion six years ago and about $11.2 billion last fiscal year. (Congress has indicated it probably won’t cut IRS funding as deeply as Trump would like.)

Trump himself reported no IRS debt on a personal financial disclosure form he filed in June.

He is, however, no stranger to debt, writ large: His latest personal financial disclosures indicate he has at least $315 million of it, largely stemming from business ventures and owed to a variety of foreign and domestic creditors.

Trump, citing an ongoing audit by the IRS, has categorically refused to release his personal tax returns, bucking a practice followed by every major presidential candidate since the 1960s. The IRS itself has stated that “nothing prevents individuals from sharing their own tax information.”

This story is from the Center for Public Integrity, a nonprofit, nonpartisan investigative media organization in Washington, D.C.