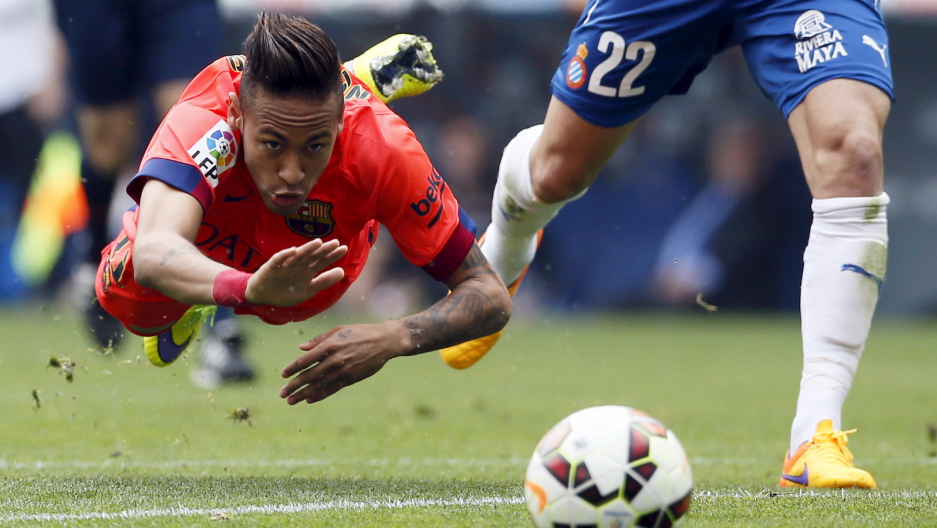 Neymar looks set to smash the world record for a transfer fee with Paris Saint-Germain willing to part with 222 million euros ($260 million) to free the Brazilian from his Barcelona contract.

Despite the Catalan giants recognizing Neymar's wish to leave Spain, Barcelona insisted on Wednesday the player's buyout clause must be met.

Here’s an explainer about why buyout clauses are so common for players based in Spain and how buying clubs can go about activating them.

How are they agreed?

Although not legally obligatory, buyout clauses have become extremely common since legislation introduced in 1985 meant players could rescind their contracts unilaterally for a compensation fee decided by the courts if no buyout clause was agreed when the contract was signed.

That, though, could be a lengthy process, so for both player and club it can be mutually beneficial to know the price at which they will be allowed to leave.

"Players don't want to be unable to play for months or even years" if negotiators don't come to an agreement, explains Marcos Galera, a lawyer and founding member of Spanish sports law specialists Agaz.

As in Neymar's case, the buyout clause can also increase over the course of a contract.

After signing a new deal with Barça last year, Neymar's initial buyout clause was 200 million euros, but grew to 222 on July 1st and would have risen to 250 million had he entered a third year of the deal.

How can they be activated?

The biggest difference between Spanish buyout clauses and release clauses more common in other big leagues around the world is the manner in which they must be triggered.

Rather than the buying club merely paying the selling club the amount set by the contract, the player himself must buy himself out.

This is done by depositing the amount of the buyout clause with La Liga, the Spanish first division in soccer, to release the player from his contract. La Liga then passes the money to the selling club.

Normally this will require the buying club to pay the player the sum of the buyout clause up front.

Are there tax implications?

A huge change in how these transfers are taxed has resulted in a big increase in the number of deals being done by meeting buyout clauses.

Until 2016 the money advanced by the buying club to the player was subject to income tax, which could add up to 48 percent onto the price of the fee. It is now tax-free.

"These operations are much cheaper now," adds Galera.

Who do they benefit?

Historically, buyout clauses have benefitted the bigger sides who have put unrealistic price tags on their stars' heads, while picking off the best talent from poorer rivals for much more manageable fees.

Cristiano Ronaldo's buyout at Real Madrid is one billion euros.

"We pay the players very well and we put in prohibitive clauses," said Real president Florentino Pérez when the specter of Ronaldo leaving rose in 2013.

The nature of Neymar's rising buyout clause suggests Barça thought they were protecting themselves from the possibility of having him snatched away, but have been caught cold by the rampant inflation in the transfer market and the depth of PSG's Qatar-backed resources.