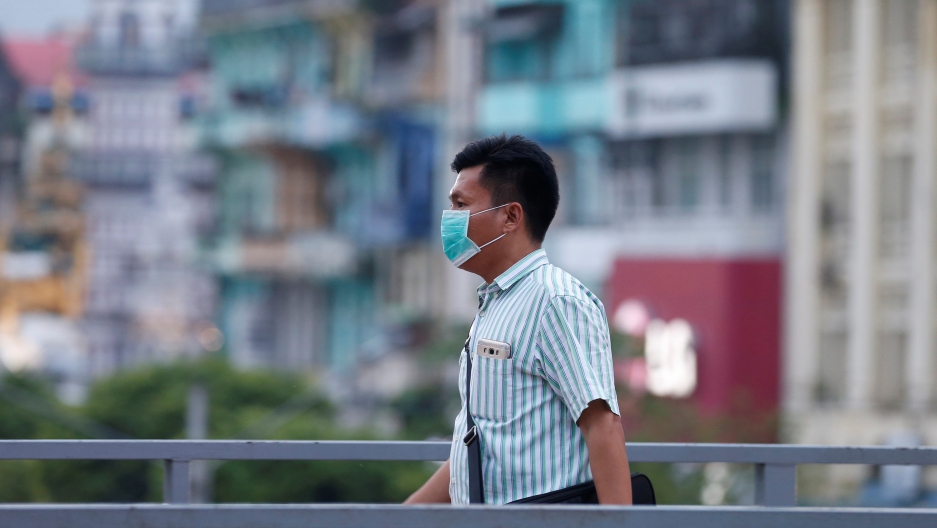 A man wears a mask to protect himself from H1N1, commonly referred to as swine flu, in Yangon, Myanmar.

At least six people have died and 30 more have been infected over the past week prompting Myanmar health authorities to ask the World Health Organization, the UN's health agency, for help to combat a deadly outbreak of swine flu.

Most of the cases have been in country's biggest city Yangon, a senior health ministry official said Thursday.

Fearful rumors have swirled on social media since the first deaths were reported and many Yangon residents have donned surgical masks in the hope of warding off the virus. 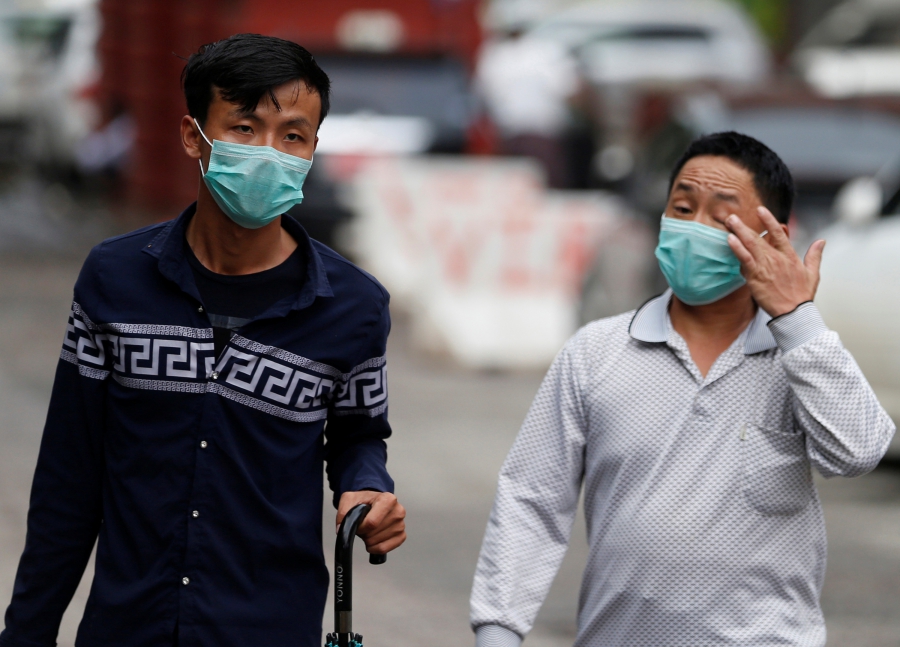 Men wear masks to protect themselves from H1N1 in Yangon, Myanmar.

Government officials have called for calm and warned the public to avoid crowded places such as shopping malls.

"We have requested help from the WHO," including diagnosis equipment and medicine, deputy director general of the public health department Than Tun Aung told AFP.

"Thirty people have tested positive for H1N1 as of this afternoon, out of 50 suspected cases registered since July 19. And six patients have died."

The WHO did not immediately respond to a request for comment.

Swine flu is the common name for the H1N1 virus, a respiratory disease contracted through contact between humans and pigs and transmitted between people through inhalation.

The infections in Yangon are from the same strain that was first identified in 2009, when a global pandemic broke out that US scientists believe may have killed up to 575,000 people.

Myanmar was caught up in the outbreak, and registered a total of 456 cases of swine flu between 2009-16.

The concerns come as authorities in southern Myanmar on Thursday announced a five-day school shutdown after an outbreak of bird flu at a local poultry farm.

More than 1,000 chickens have reportedly been culled to prevent the spread of the virus.