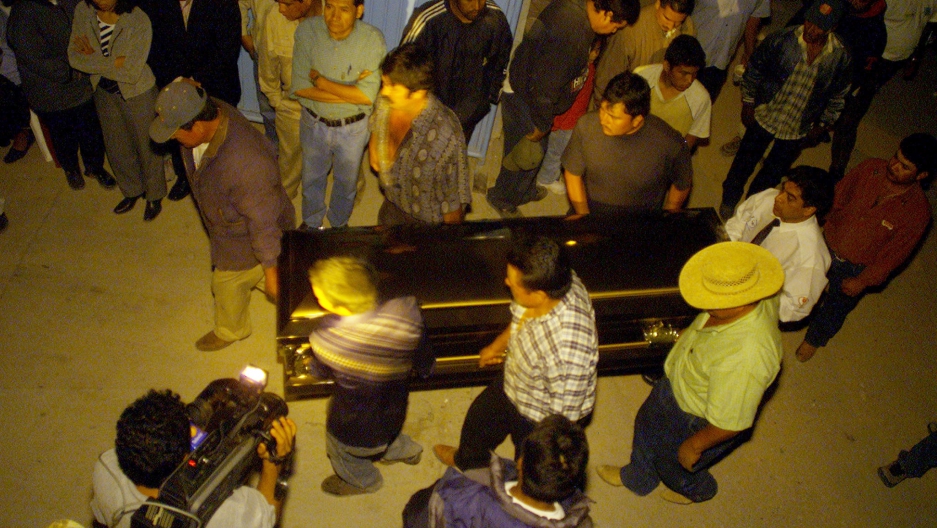 Relatives and neighbors carry the casket of a migrant who died while trying to sneak into Florida to work in a tomato packing plant. The deaths have raised awareness of how Mexican and Central American migrants risk their lives in dangerous crossings placing their fates in the hands of smugglers as they try to enter the United States to find work.

US authorities on Monday charged the driver of the overheated truck found in Texas packed with migrants with one count of transporting "illegal" immigrants, prosecutors said, as the death toll rose to 10.

The 10th migrant, an adult man, died at the hospital overnight, according to the US Attorney's office, which charged James Mathew Bradley Jr, 60, with one count of "transporting illegal aliens." The federal charge is punishable by life imprisonment or the death penalty, officials said. The migrants were discovered Sunday in the early morning hours in a truck parked in a Walmart lot in San Antonio, a city that is a two-hour drive from the US-Mexico border.

Authorities found 39 people crammed in the trailer with a broken refrigeration system, which was parked in the baking Texas heat. But immigration authorities said Monday they believed more than 100 were in the truck at one time.

Homeland Security Secretary John Kelly in a statement called the deaths "senseless" and the result of a human trafficking "network of abuse and death. Thirty people were hospitalized -- including two school-age children -- and more than a dozen were in critical condition, suffering from heat stroke and dehydration, authorities said Sunday.

"This tragedy demonstrates the brutality of the network of which I often speak. These smugglers have no regard for human life and seek only profits," Kelly said.

"The Department of Homeland Security and its partners in the U.S., Mexico and Central America will continue to root out these smugglers, bring them to justice and dismantle their networks."

Kelly has been to Mexico twice to discuss immigration, human trafficking and the sprawling cross-border drug trade. The migrants were discovered when someone from inside the truck approached a Walmart employee asking for water.

The employee brought water to the truck and then called police, authorities said, adding that they were uncertain how many people might have fled from the truck and were unaccounted for.

Authorities were not releasing the victims' names or nationalities until their families were notified.