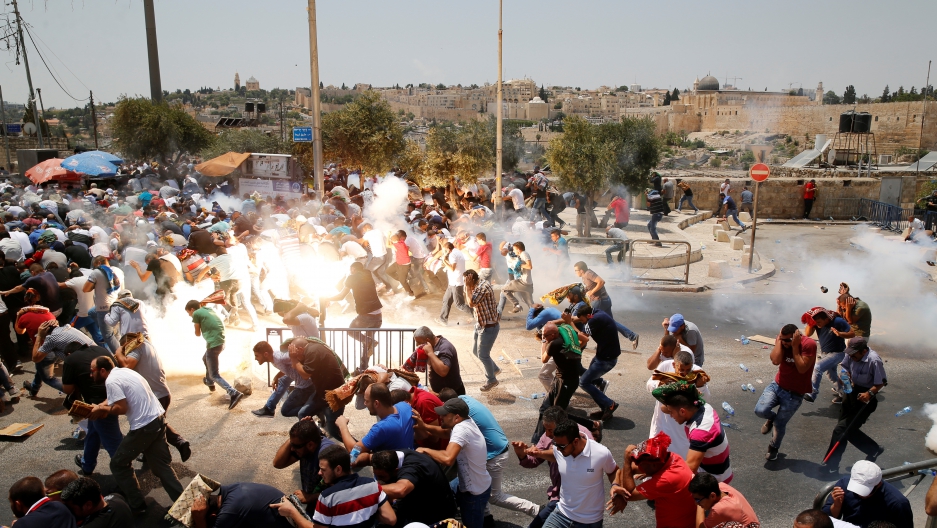 Palestinians react following tear gas that was shot by Israeli forces after Friday prayer on a street outside Jerusalem's Old city.

Eight people have been killed in a weekend of violence following new Israeli security measures at an ultra-sensitive Jerusalem holy site.

Here is a timeline of events related to the crisis: 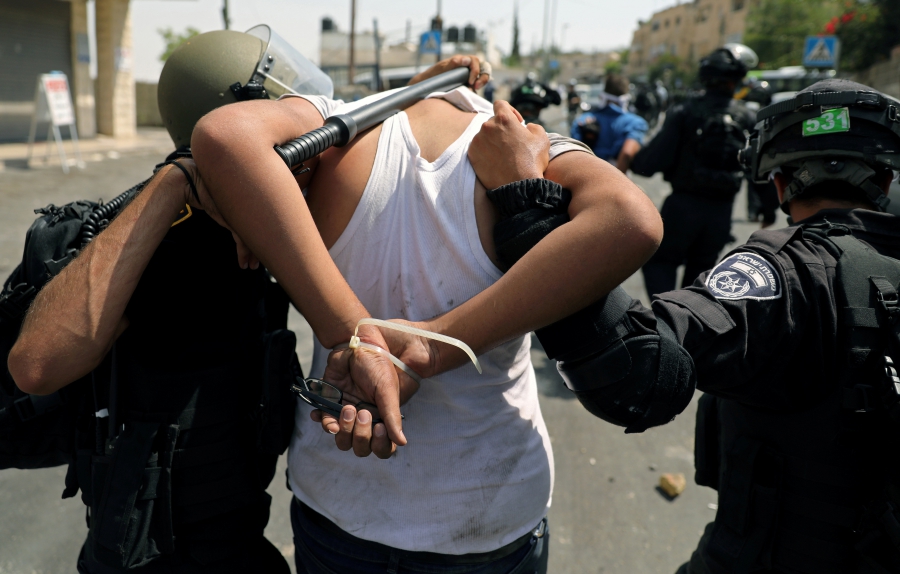 The assailants flee back into the flashpoint holy site, which includes Al-Aqsa mosque and the Dome of the Rock, before being shot dead by security forces.

Arab Israelis are descendants of Palestinians who remained on their land following the creation of the state of Israel in 1948. They largely identify with the Palestinian cause.

Israel then takes the highly unusual decision to shut down the compound, meaning Muslim worshippers cannot attend Friday prayers there the same day, triggering anger from Muslims and Jordan, the holy site's custodian.

The site remains closed the next day, while parts of Jerusalem's Old City are under lockdown as Israel conducts searches for concealed weapons.

Late on July 15, Israeli Prime Minister Benjamin Netanyahu announces the site will open the next day and security forces will install metal detectors and surveillance cameras to prevent further attacks.

But when the compound opens on July 16 with metal detectors in place, Muslim worshippers refuse to enter due to the new security measures, which they perceive as a means for Israel to assert further control over the site.

Prayers are instead held in the streets leading to the site.

The compound is located in east Jerusalem, which was occupied by Israel in 1967 and later annexed in a move never recognized by the international community.

From July 16 to 20, sporadic clashes break out after prayers.

Muslim worshippers hold firm in their resolution to not enter the compound while the metal detectors remain in place as concerns rise over a possible escalation of the situation.

But after consultations with the security establishment, Netanyahu decides to leave the metal detectors in place, though allows police to apply discretion in using them. 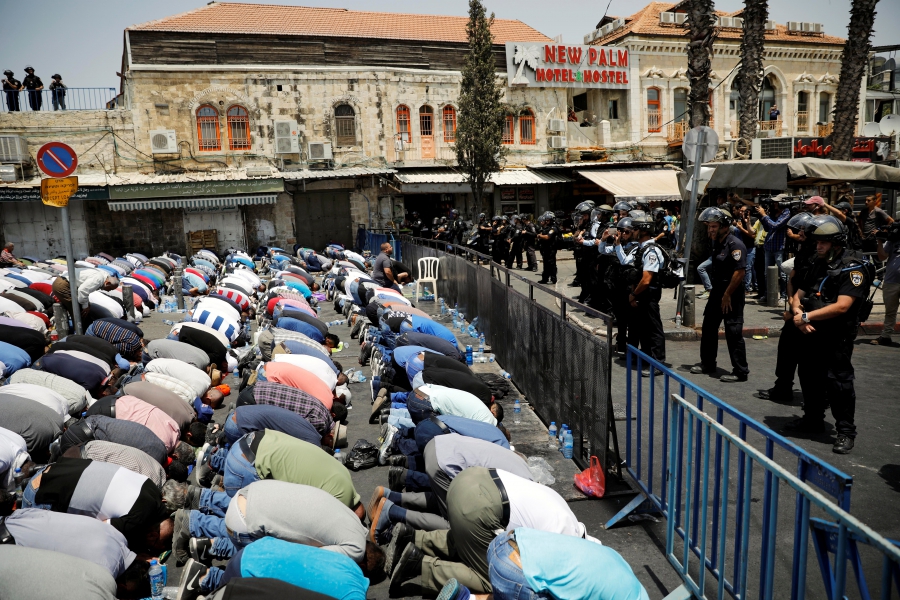 Palestinians pray on a street near a road block outside Jerusalem's Old city on July 21.

Ahead of Friday prayers on July 21, Israeli police take the rare measure of closing off the Old City to men under 50.

Mass protest prayers are held around Jerusalem's Old City and demonstrations there and in the occupied West Bank lead to clashes in which three Palestinians are killed.

Later the same day, a Palestinian breaks into a Jewish home in the settlement of Neve Tsuf in the West Bank and stabs four Israelis, killing three of them before being shot by a neighbor.

The Israeli army says the assailant had spoken of the Jerusalem holy site and of dying as a martyr in a Facebook post.

On July 22, clashes in east Jerusalem and the West Bank continue, resulting in the death of two Palestinians, including one when a petrol bomb explodes prematurely.

Diplomats say the UN Security Council will hold closed-door talks two days later about the spiraling violence after Egypt, France and Sweden seek a meeting to "urgently discuss how calls for de-escalation in Jerusalem can be supported".

On July 23, a rocket fired at Israel from Gaza hits an open area, causing no injuries.

The Israeli cabinet convenes, with officials not ruling out removing the metal detectors if a satisfactory alternative to them is approved by police. 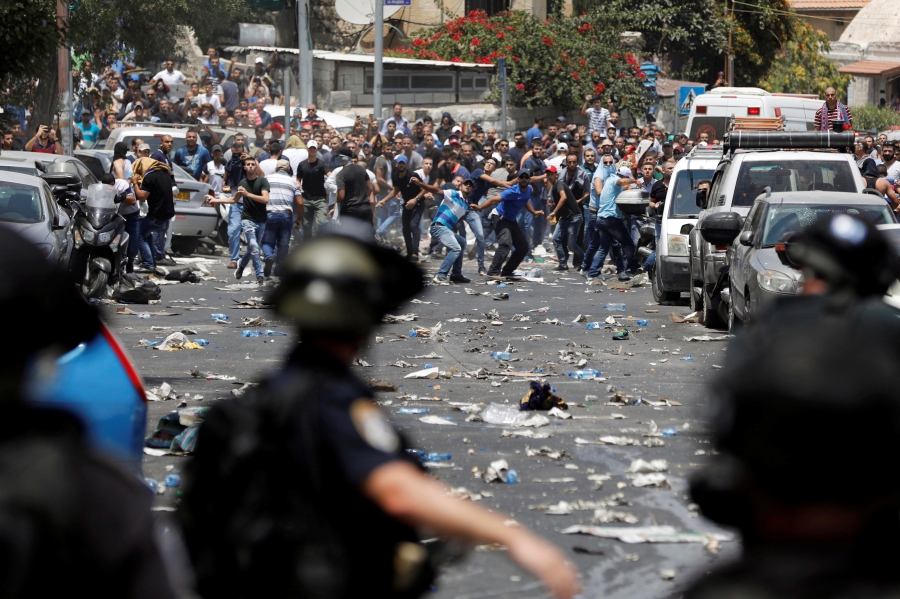