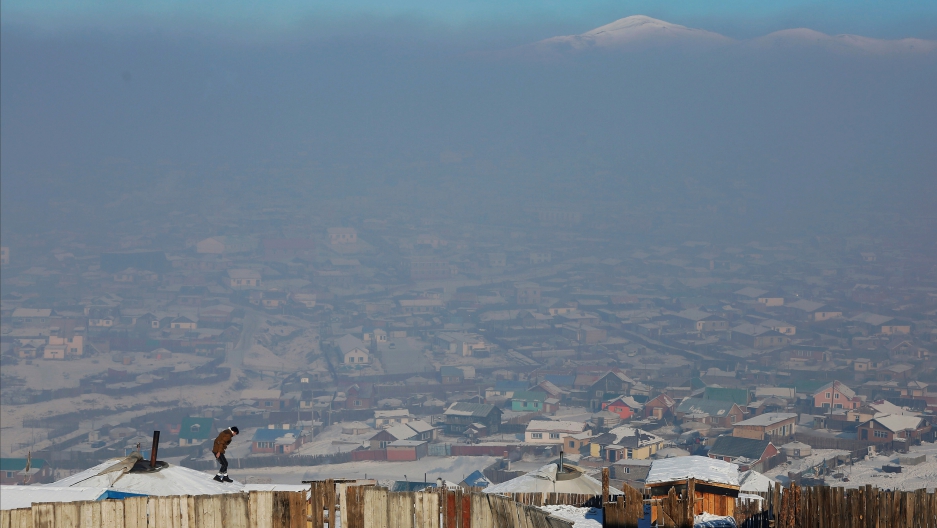 A man walks on the roof of a traditional ger home while fixing the chimney of a coal burning stove on a cold hazy day on the outskirts of Ulaanbaatar, Mongolia.

A baby cries for attention while his mother makes tea and tends a stove inside her family’s ger, or yurt. The air inside the heavy canvas walls is thick with the smells of smoke and cheese curd. Two older boys are playing outside.

It’s a scene that could be from any time in Mongolia going back hundreds of years, and just about anywhere in the country’s vast open plains, where families of nomadic herders have followed their livestock for countless generations.

But things are changing fast in Mongolia. And recently this nomadic family set down its portable home in a place they never expected to end up — a sprawling patchwork of dirt roads, makeshift fences and hundreds of yurts in the country’s crowded capital city of Ulaanbaatar.

A few years ago the family gave up on herding and moved to the city after losing most of its livestock in a harsh winter, known here as a “dzud.”

And they weren’t alone.

“So many nomadic families lost their herds” during that time, says Jargalsaikhan Erdene-Bayar, the father of the family. “So they started moving here. And it’s still happening.” 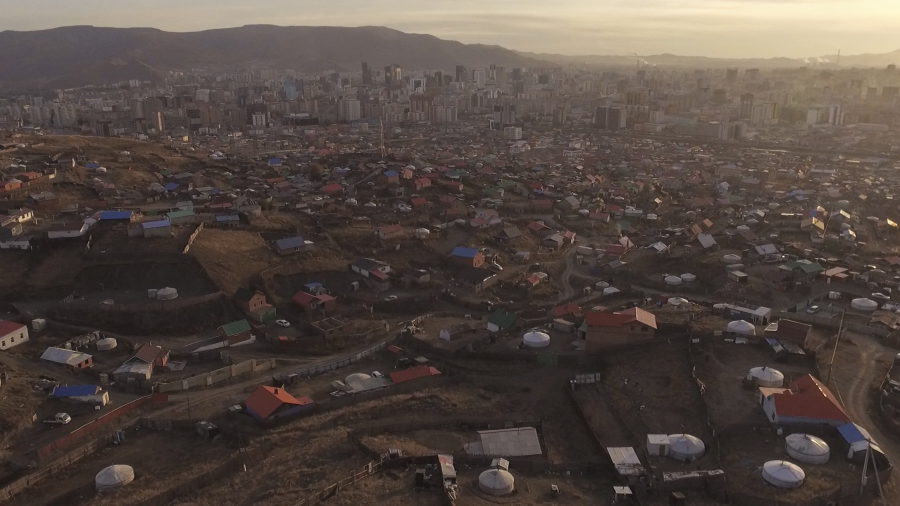 A growing patchwork of dirt roads, fences and circular tent homes called “gers,” or yurts, is spreading on the outskirts of Ulaanbaatar. Recently more than 200,000 households of former nomads have settled here.

Dzuds have always been part of life in Mongolia, but with climate change, they seem to be coming more often. And that’s contributing to a cascade of problems — lost traditions, displacement, overcrowding. And smog.

Look up on a winter day and you can see it.

“There is this dome over the city, this grey dome,” says local activist Tuguldur Chuluunbaatar.

In the wintertime, many of the city’s new residents burn whatever they have to stay warm.

“Mostly coal,” Chuluunbaatar says, “but some people tend to burn other things, tires, plastics, you know.” 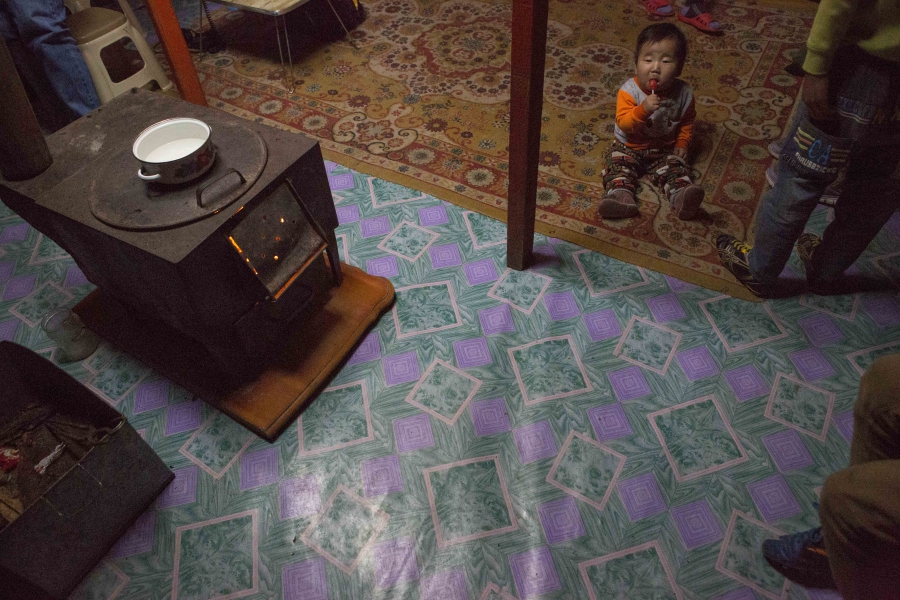 Eight month-old Munkh-erdene sits next to his family’s traditional stove in thier ger, or yurt in Ulaanbaatar. The stoves are meant to burn wood or animal dung, but many families use them to burn coal, causing a spike in air pollution in the winter.

Those are very dirty fuels, made worse by inefficient traditional stoves designed to burn only wood and animal dung. And the smoke from all that burning, along with vehicles, power plants, and industry, gets trapped beneath the colder air above the surrounding mountains. Together they contribute to air quality in this city of 1.4 million that can be worse than in notoriously polluted megacities like Beijing and Mumbai.

He knows that heating his family’s home this way is unhealthy. But he doesn’t see another way.

“Burning coal is the only option,” Erdene-Bayar says. “Mongolia has no natural gas, and electricity is expensive.”

The government here has spent millions of dollars in recent years to fight air pollution. And it has plans to spend more to build high-rise apartments with more efficient central heating for families now living in yurts. But progress has been slow, and many migrants don’t want to give up their traditional homes for walls of concrete. Many still hope to go back to their old ways. But that may be an unrealistic hope.

“Desertification is a real, issue,” says Batjargal Zamba, a meteorologist and advisor to Mongolia’s Environment Ministry. “And according to the global warming, the arid area in Mongolia will expand.”

That means less grass for livestock. Which likely means there’ll be even fewer nomadic families, more migration to Ulaanbaatar and more challenges for the city.

Local activists like Chuluunbaatar know there’s not much they can do to solve those big problems, but they’re still pushing for change. Chuluunbaatar is part of a community project that maps environmental and social conditions in the city’s ger district — everything from average distance to a water supply to locations of illegal trash dumps to air pollution. The goal is to use the data to help rally support for action. 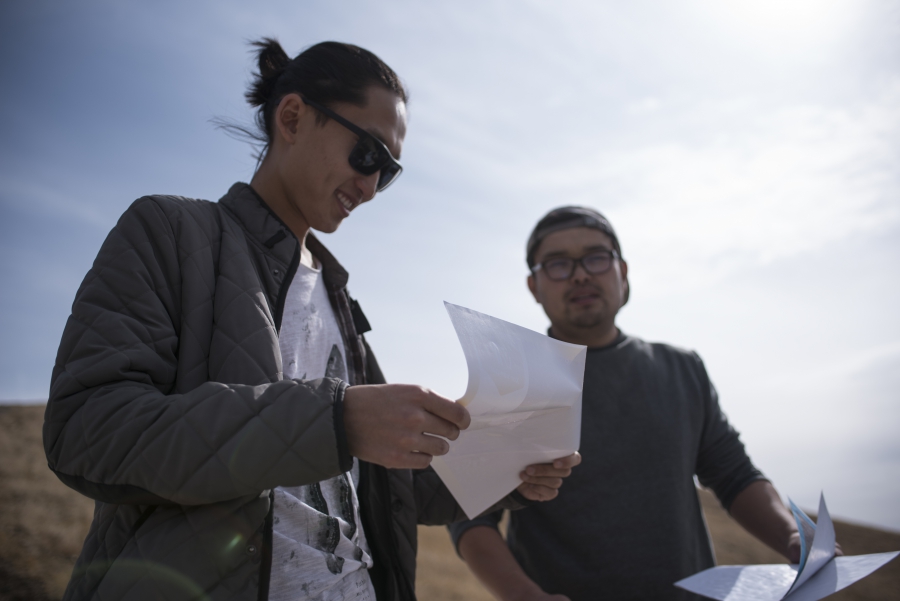 “It's really hard to make the government do something when you're alone,” Chuluunbaatar says. "But by the community, the voice is very strong.”

And things are slowly changing. The government has rolled out tax breaks for small businesses to produce better stoves, and it’s created incentives to encourage residents to heat with somewhat cleaner electricity.

But it’s a slow process, and Erdene-Bayar, the former herder, says he hasn’t noticed any improvements.

“Air pollution is a big issue,” he says. “It’s very dangerous for us to live here.”

Against all odds, Erdene-Bayar and his family still dream of returning to the country, where the air is clean.

“I want to continue with my nomadic lifestyle,” he says. “I love herding.” 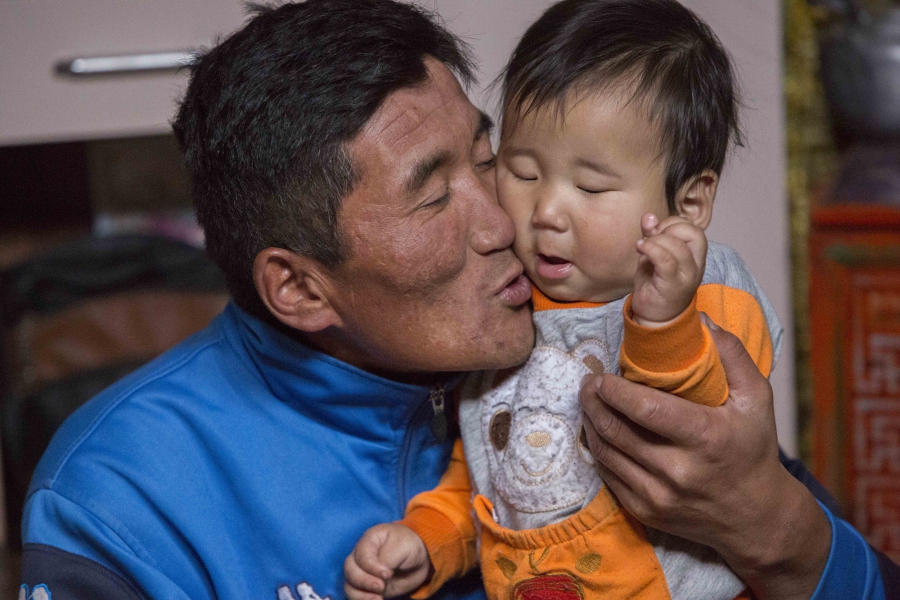 Jargalsaikhan Erdene-Bayar holds his eight-month-old son Munkh-erdene inside his family’s ger in Ulaanbaatar. Erdene-Bayar herded livestock in the countryside until a harsh winter killed most of his animals and forced him to look for work in the city.