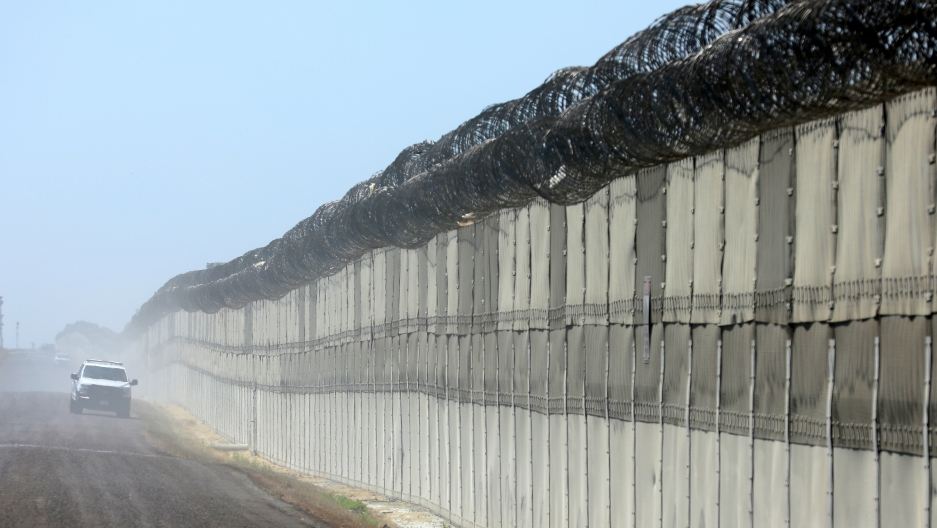 A US Customs and Border Patrol officer patrols along the secondary fence between the US and Mexico in San Diego, on April 21, 2017.

During the G-20 meeting on Friday, President Donald Trump said Mexico will "absolutely" pay for a border wall.

Building a wall between Mexico and the United States was a signature campaign pledge of Trump's in last year's election.

But in reality, the wall has been beset by delays and a limited budget.

Phillip Molnar, who has been covering the story for The San Diego Union-Tribune, says the Trump administration hasn't given any justification for the delays. "I've asked CBP directly and have not received a clear answer."

On June 27, CBP held a press conference to announce that the deadline for prototype construction had been pushed back to September.

“Our planning gets us to construction for the prototype process at the end of summer,” said Ron Vitiello, acting deputy commissioner of CBP. But he was reluctant to give more details. "There’s a contracting process that has to go on, so we’re evaluating proposals now. We have to make decisions against that, and then we’ll have to see what the planning allows for. We think it’s summer but I can’t be more exact than that ... I think that gives us until September.”

While Congress has allocated $20 million for prototypes, money for a full wall along the 1,900-mile Mexican border has still not yet been approved.