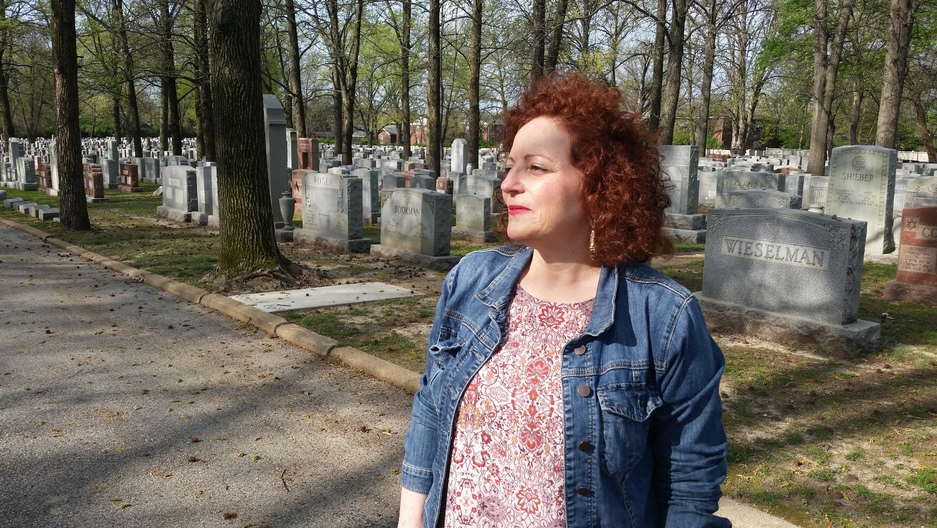 Karen Aroesty, regional director of the Anti-Defamation League, visited Chesed Shel Emeth cemetery as soon as she learned that it had been vandalized.

Four months after the desecration of Jewish graves in St. Louis, the historic Chesed Shel Emeth cemetery looks better than ever. But the Jewish community is still grappling with what the incident means.

In February, almost two hundred headstones were found cracked or toppled. Karen Aroesty, regional director of the Anti-Defamation League, remembers rushing to the the cemetery as soon as she heard the news. “I didn’t expect to be as sad as I was,” she said.

Have you experienced or witnessed hate?

PRI has partnered with ProPublica to create the 'Documenting Hate' project that works to collect stories of discrimination across the country.
Share your story

It wasn’t just that someone had damaged the resting place of some of Aroesty’s close friends. It was also that Jewish Community Centers had become the targets of bomb threats, and local parents were calling in to report bullying against Jewish students.

The bomb threats, at least, seem to have ceased. In April, a Jewish teenager in Israel was charged for calling in hundreds of threats to JCCs across the US.

Still, for the local Jewish community, a great deal of uncertainty remains. Chesed Shel Emeth cemetery has been repaired, and today there’s barely any sign of the damage. New leaves have sprouted on the trees, and pink headstones make the cemetery colorful.

What’s not clear is whether the vandalism was an act of hate. Aroesty, a lawyer by training, says that until a culprit is identified, she can’t use the words “hate crime.” She can’t even be sure that the perpetrators deliberately targeted a Jewish site.

For anti-Semitism to be taken seriously, Aroesty says, the term needs to be used judiciously. Otherwise skeptics could accuse advocates of paranoia or crying wolf.

She isn’t the only member of the St. Louis Jewish community who’s feeling uncertain. A few miles away, at a Jewish synagogue called Shaare Emeth, a group of elderly Jews gather for a workshop called “The New Anti-Semitism.”

One of the workshop’s organizers, Rabbi Jim Bennett, talks about his personal experiences with anti-Semitism. When he was growing up, children at his school used to rub his head and ask him where his horns were — perpetuating a racist stereotype that dates back hundreds of years.

Today, Bennett says, anti-Semitism seems to take a different form. Using a projector, he shows a series of pictures, asking the crowd whether each one could be interpreted as anti-Semitic.

With some photos, the answer is obvious. Everyone agrees that spray-painting swastikas on Jewish graves represented anti-Semitism. Others, like political cartoons and pro-Palestine protests, sparks debate.

One photo provokes a particularly powerful response: an aerial view of the Chesed Shel Emeth cemetery in St. Louis. Bennett asks: “Is that anti-Semitism?”

“It could have been drunken kids,” says another.

“I think most of us leaped to the assumption, the conclusion, the certainty, that it was anti-Semitism. Right?” Bennett remarks. “Only upon more reflection did we calm down and say, ‘Wait a minute.’”

The discussion continued for nearly two hours. It wasn’t always satisfying — for example, when one man brought up the JCC bomb threats now believed to have been called in by a Jewish teenager in Israel. Participants seemed unsure what lessons could be learned from such a baffling story.

Still, the brisk discussion suggests that these questions are timely. For some, the incident brought back traumatic memories of anti-Semitic vandalism and persecution during the Holocaust. One woman says that a year ago, she wouldn’t have felt the need to come to an event like this. Another participant says that since Donald Trump became president, prejudice has seemed more visible.

Aroesty, of the Anti-Defamation League, says that one good thing came out of the vandalism. It forced the community to reflect. For her, this is a “teaching moment” — even if it’s not clear exactly which lessons should be taught.

When asked if St. Louis can find closure if a perpetrator is never caught, says Aroesty: “Maybe it’s not always completely closure. There can be an end to a story, and yet until the next chapter in the story is written, there’s at least some sense of calm.”

“We keep looking back at history to learn from it,” she adds. “And whatever happens in the future, we’re going to learn from that too.” 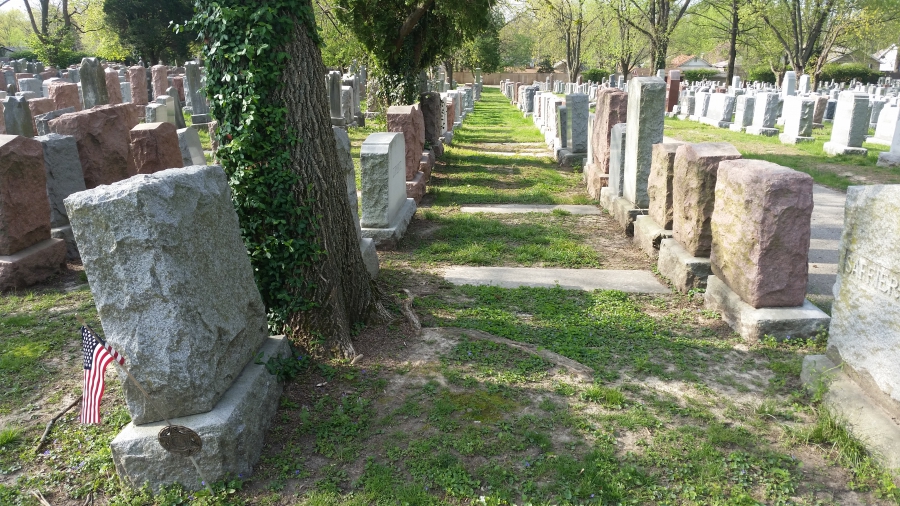 Correction: The previous version of this article said the desecration of Jewish graves in St. Louis happened three months ago. It happened four months ago.