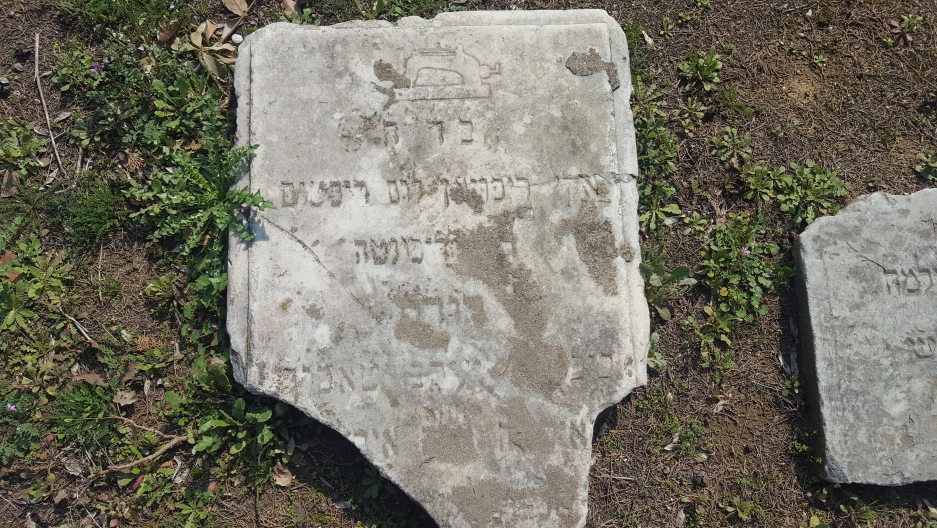 After the ancient Jewish graveyard in Thessaloniki was destroyed, the gravestones were broken up and used as building materials in the city.

Iosif Vaena, a Greek pharmacist who regularly works 13-hour days, has a sideline. When he gets a break, he heads to the back and opens up a door to reveal an ancient Jewish tombstone by the bathroom sink.

The stone is about a foot tall and a foot wide, with faint Hebrew scripture on it.

When Vaena found it loose among some steps, he picked it up and brought it to the pharmacy to safely stow until he gets the chance to deliver it to a Jewish cemetery.

“I think it's a bit more dignified than having people step on it,” he says.

Fragments of these headstones can be found all over the city of Thessaloniki, embedded in churches, buildings, even sidewalks. They all come from the old Jewish cemetery that used to be in the center of town. Rena Molho, a historian who studies the Jewish history in Thessaloniki, says the old cemetery was huge. 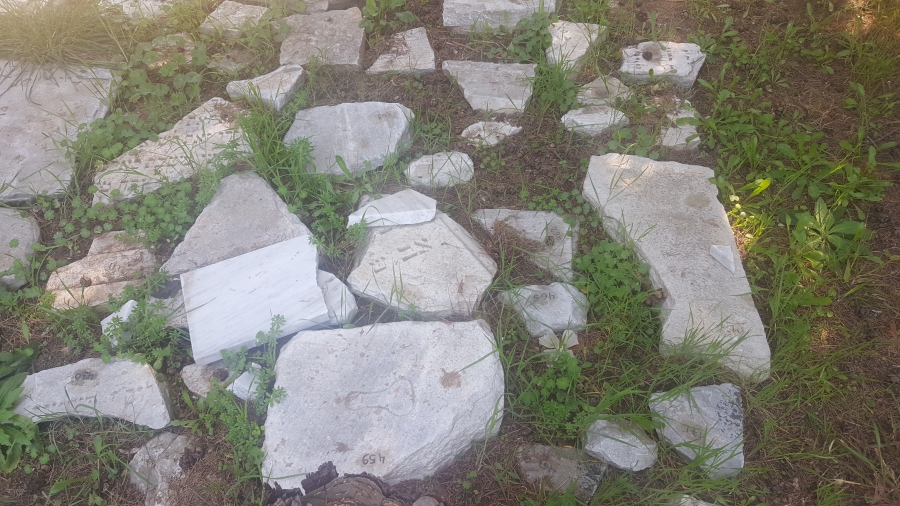 Small fragments of tombstones from Thessaloniki's old Jewish cemetery are shown here. The pieces are too small to decipher.

But during World War II, the Jews of Thessaloniki were forced to give up the cemetery as part of a payment to the Nazi occupiers, and almost all of the Jewish population was later deported to death camps. The local Greek government took the opportunity to knock down the stones and loot them for building material. Germans, local churches and members of the community also took tombstones to use for construction projects.

Later, Aristotle University was built on top of the old graveyard. In 2014, the university erected a memorial for the Jewish cemetery, though few students today seem to know anything about it.

Jacky Benmayor was at the opening of the memorial. He’s a 69-year-old retired businessman who knows Hebrew, Ladino and Greek. When he spots one of the old headstones in the city, he calls the government archaeological service to dig it out with shovels and a pickax. (Taking the stones without permission is technically illegal because they’re considered historical property.) 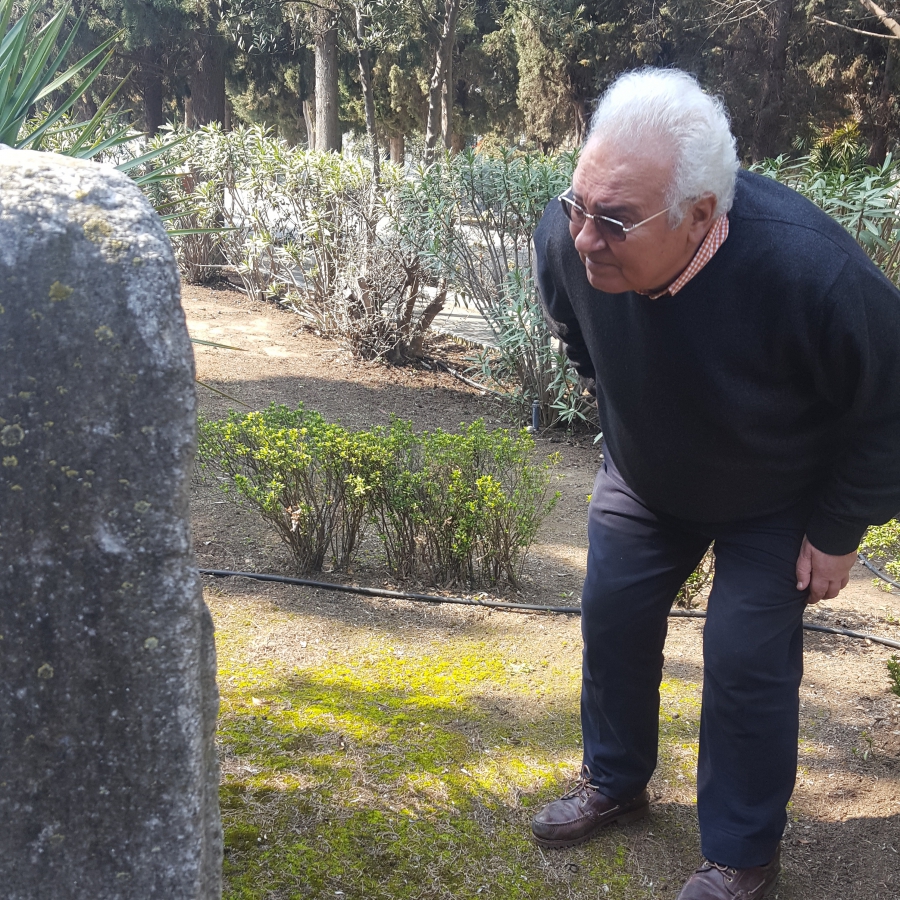 Jacky Benmayor stoops down to get a better look at an old tombstone at the newer Jewish cemetery.

Benmayor helps the architectural service read the inscriptions and then brings the stones to the newer Jewish cemetery, about a 20-minute drive from downtown. Benmayor says he’s transported headstones so many times that he doesn’t feel emotional about it anymore. There’s only one tombstone that stands out to him now — his father’s. Leon Benmayor was a Holocaust survivor who died in 2009. His tombstone is fully intact, and there’s an inscription on it in Hebrew, Ladino and Greek.

There’s also a phrase from an Italian song: "Non Ti Scordar Di Me." “Don’t Forget Me,” Jacky Benmayor says. “And we don’t forget him.”