It's a basic human impulse to ask ourselves "what if?" What if I had made other decisions? Would things have turned out better, worse, or just different? Questions like that make the idea of multiple universes enticing --- somewhere out there, they suggest, the road not taken actually was taken.

These days, scientists are increasingly interested in thinking about multiple universes. There are lots of theories in play, with names like "the quilted multiverse" and "the inflationary universe" and "the ultimate multiverse." It all feels exciting and new. But it's not as new as you might think. 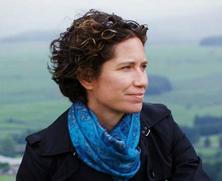 "The idea of multiple universes is about 2,500 years old," says Mary-Jane Rubenstein, a professor of religion and philosophy at Wesleyan University. She says that long before nerds withpocket protectors were debating this stuff, nerds in togas were --- the Atomist philosophers, of ancient Greece.