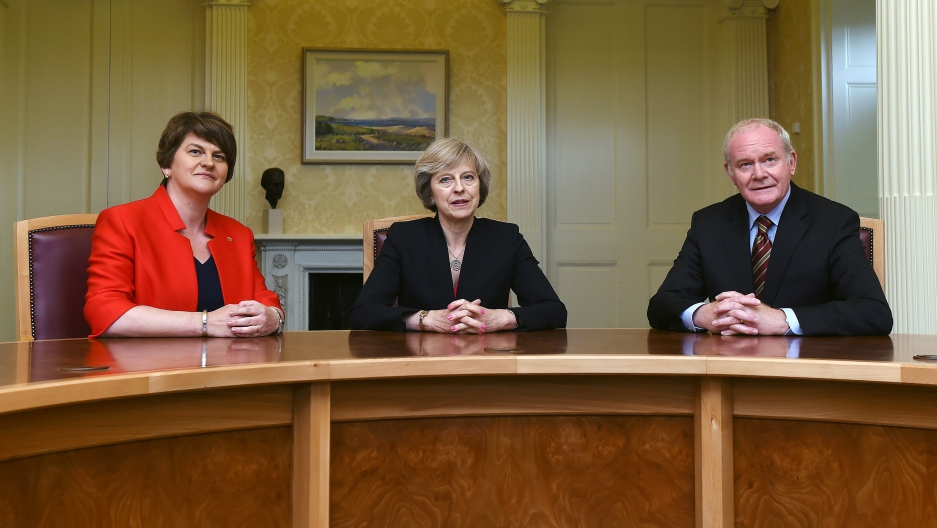 British Prime Minister Theresa May took the blame for the Conservatives' disastrous performance in last week's election when she faced her party's angry MPs on Monday, seeking to ward off any challenge to her leadership.

"I got us into this mess, and I'm going to get us out," May told Conservative MPs during a meeting in Westminster.

Conservatives unexpectedly lost their majority in parliament on Thursday, ramping up political uncertainty ahead of Brexit talks to leave the European Union, which are set to begin next week.

May is now in talks with Northern Ireland’s ultra-conservative Democratic Unionist Party (DUP) — which won 10 seats — to forge an informal alliance.

But there’s likely to be some tension. DUP is strongly anti-abortion and anti-same sex marriage, for example — stances that aren’t very popular in the rest of the UK.

One possible consequence of Brexit is the “hardening” of the border between UK-controlled Northern Ireland and the state of Ireland. The border is currently very porous — a lot of people and businesses rely on being able to cross the border with ease, often on a daily basis. That economic factor, Meban says, is likely why Northern Ireland voted “remain” by a majority of 56 percent.

The DUP voted to leave the EU, Meban said, but they’re “very conscious” of this unique relationship and they’re unlikely to do anything that would be detrimental to the economy of Northern Ireland.

DUP leader Arlene Foster signalled that the party was likely to stay away negotiating on controversial issues when she meets with May on Tuesday. "We are going into these talks with the national interest at heart. The union, as I've said before, is our guiding star," she said.