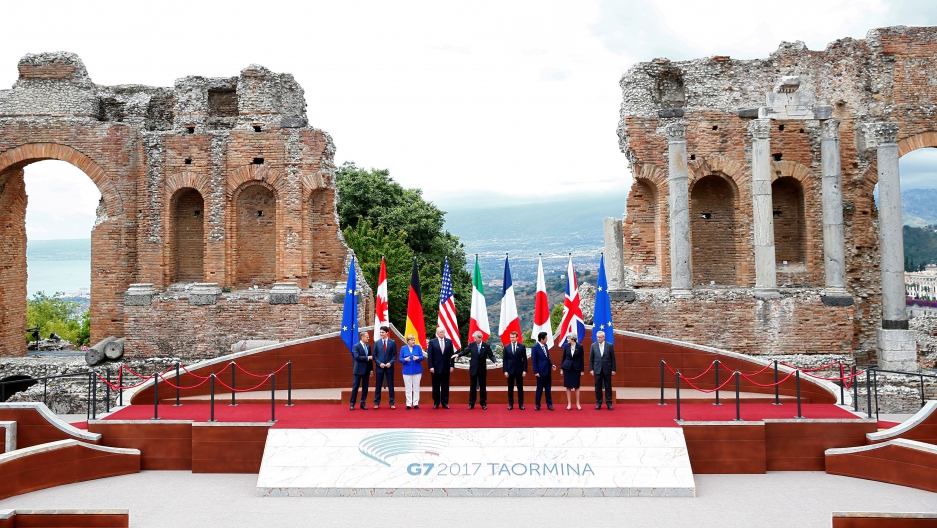 On Sunday, German Chancellor Angela Merkel signaled an end to an era in trans-Atlantic relations.

Speaking at an election rally in Munich, she said that the US and the UK are no longer reliable partners for Germany and that Europe must be prepared to go it alone.

Many experts and commentators are calling it a “watershed moment”:

This is an era-defining moment. https://t.co/01NpEriRvv

Unprecedented fighting talk from Merkel as she says last few days have showed her that Europe cannot rely on US anymore. Wow. pic.twitter.com/bId3wNOTFj

But Jim Hoft, the founder of the popular conservative political blog, The Gateway Pundit, doesn’t buy it.

The World caught up with Hoft to discuss this and more.

The World: Angela Merkel said that Europeans “need to take [their] destiny into [their] own hands.” What’s your reaction to this?

Jim Hoft: I think if Angela Merkel and the Germans really want to take their destiny into their own hands, they’d start paying their fair share for NATO. I know Trump brought this up during his trip to Europe last week. As far as I understand, there are only five countries that are keeping up to their promises of paying NATO 2 percent of their GDP and Germany isn’t one of them. So, I think that would be a good start.

Up to this point, though, it seems the issue of payments was important but less important than the spirit of NATO. And Trump isn’t backing up Article 5, which says an attack on one is an attack on all members. So, don’t you feel we’re losing out and maybe NATO is winning?

I think NATO is a vital alliance. I think Donald Trump believes that too. … But Angela Merkel’s … certainly not dealing with Barack Obama anymore. Donald Trump is much more brash, more open, more direct and doesn’t speak through filters. So it’s going to be a different club at the G-7, at NATO, with the Trump administration in charge.

Let’s say that Germany and the US do end up going their separate ways, whatever that looks like. How would that be a good thing for the US?

I just don’t see that happening. Germany and the US are just so entrenched with defense, with trade ... and I think it would be devastating if that was a decision that Germany wanted to make. But I just don’t see a lot of things changing as much as the media is playing this out.

International cooperation has been the benchmark of how the globe operates pretty much since the end of World War II, just trying to keep nationalism at heel. How important do you think that is?

I think cooperation is extremely important. I think this administration believes that too. Trump isn’t going to isolate the United States. And I don’t think we saw that was his intention at all.

Don’t you think that’s already happened by virtue of the way he presents himself in the world?

It sounds like you still support the idea of "America first." Are you concerned it could end up by being "America alone"?

Changing topics: Overall, do the investigations into the Russia links bother you?

You know, I’ve covered them extensively at the Gateway Pundit. I think it’s unnerving that there has been so much leaking going on. But in terms of the investigation itself, we still haven’t seen any sign of collusion. We still haven’t seen any illegal behavior. So the media continues to put out these screaming headlines but there is no meat in their story. And I think they’re starting to turn off America more and more.

Even if there’s more evidence, are you willing to stand by that point of view?

I don’t think we’ve seen any evidence of anything! We’ve seen phone calls that are typical of any administration. Today there’s a big report out about how Obama was doing secret negotiations with Russia in 2014. So this isn’t anything new in the United States.

It is the micro-engineering of American elections by Russians that is at issue here. You’re willing to just let that go?

Alan Dershowitz, the renowned lawyer, jurist, author, came out yesterday and said something I thought was just brilliant: They’re trying to indict Trump on anything. They’ve taken the name and now they’re going to try to find some behavior that’s illegal because they don’t like him. This isn’t the Soviet Union. As Dershowitz said, this is Stalinist, what’s happening right now to the Trump administration.