In Puerto Rico, students are protesting austerity measures and the lack of potable water on the island. In the Puerto Rican diaspora, there's another big story: The National Puerto Rican Day Parade in New York City is losing sponsors. A lot of them.

First, it was Goya Foods, the largest Latino-owned food company in the United States. Goya had been a sponsor of the Puerto Rican Day Parade since the beginning, 60 years ago, until it pulled sponsorship last week. 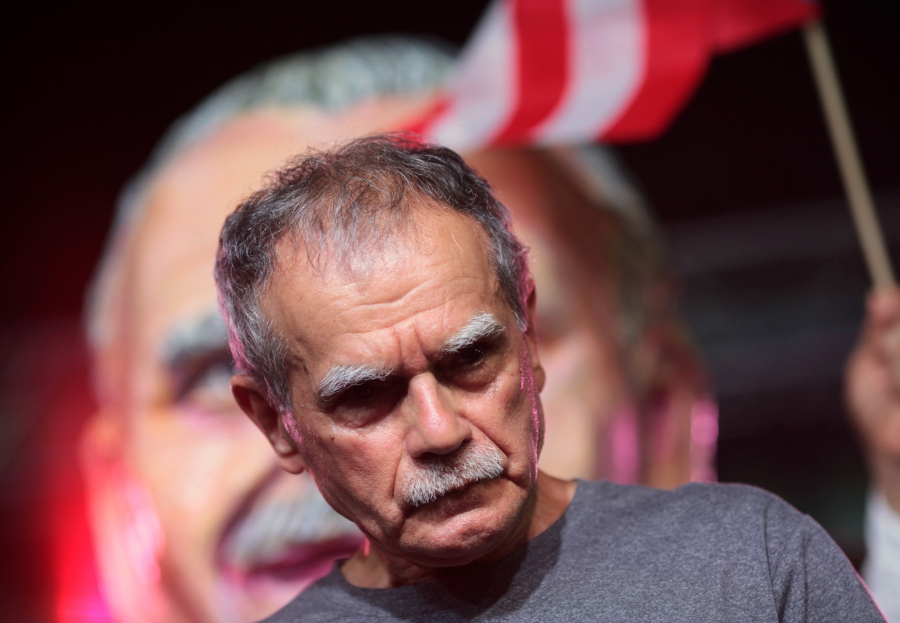 Puerto Rican Oscar López Rivera attends a rally in his honor after being released from house arrest in San Juan, Puerto Rico, on May 17, 2017.

JetBlue, the New York Yankees and some city law enforcement groups have also backed out of the parade that is "the seminal event of what it means to be Puerto Rican in New York City," according to Julio Ricardo Varela from In The Thick, who covers Puerto Rico.

News coverage chalks up the parade's loss of sponsors to the man who was going to be this year's honoree: onetime political prisoner Oscar López Rivera, whose 30-year sentence was commuted by former President Barack Obama.

UPDATE: New York Mayor Bill de Blasio released a statement June 1 that Oscar López Rivera agreed "to step aside from any formal role in the parade."

López Rivera was associated with several bombings in New York City in the 1970s and '80s, as a part of the militarized Puerto Rican nationalist group FALN (the Spanish acronym for Armed Forces of National Liberation).

Although in previous years, parade attendees and even Puerto Rican officials have called for the release of López Rivera, and he's seen by some Puerto Ricans as a national hero, a faction has been calling him a terrorist and pressuring parade officials not to honor him.

In addition to the López Rivera controversy, Varela from In the Thick says the parade also faces criticism for failing to address Puerto Rico's crippling debt crisis and other political matters.

The parade is on June 11, the same day as a vote on the island on the "immediate decolonization of Puerto Rico." Eligible voters on the island will choose between becoming the 51st state, an independent nation or remain a US territory, a vote that could have monumental consequences for the US federal government.

Varela says the controversy over López Rivera indicates a disconnect between Puerto Ricans on the island and in the diaspora, on the mainland. And he said many are criticizing the New York parade for not taking advantage of its high profile to raise awareness of Puerto Rico's political turmoil.

"You’re literally shutting down Manhattan on a Sunday in the summer," he says. "So, when you have an opportunity, where you become the focus of something, the community’s out there. And you’re not using it to your advantage to inform the rest of the country, it’s seen as a lost opportunity."