Jeanette Alicia Fernandez flips through an overstuffed binder, several inches thick, with papers in plastic sleeves. These papers document her four-year battle with the Puerto Rican government to get services for her daughter, who has dyslexia and other learning disabilities.

She says it’s been wasted time — time during which her 10-year-old daughter could’ve been getting help.

“She constantly criticizes herself, she pulls her hair, she insults herself saying she’s as slow as a turtle,” says Fernandez.

Nelly Cosme, a mother of a 4-year-old girl with autism, has also been battling the Puerto Rican government to help her child.

“In order for me to get a service, I would have to go to the district, the district will tell me, ‘We’ll call you.’ And then the call never comes. Then you go to the district again, and they will say, ‘Oh, well, you need an appointment in order to go,’” says Cosme, detailing her struggles.

Eventually though, she says she got help for her daughter.

“But you have to battle it out,” says Cosme. 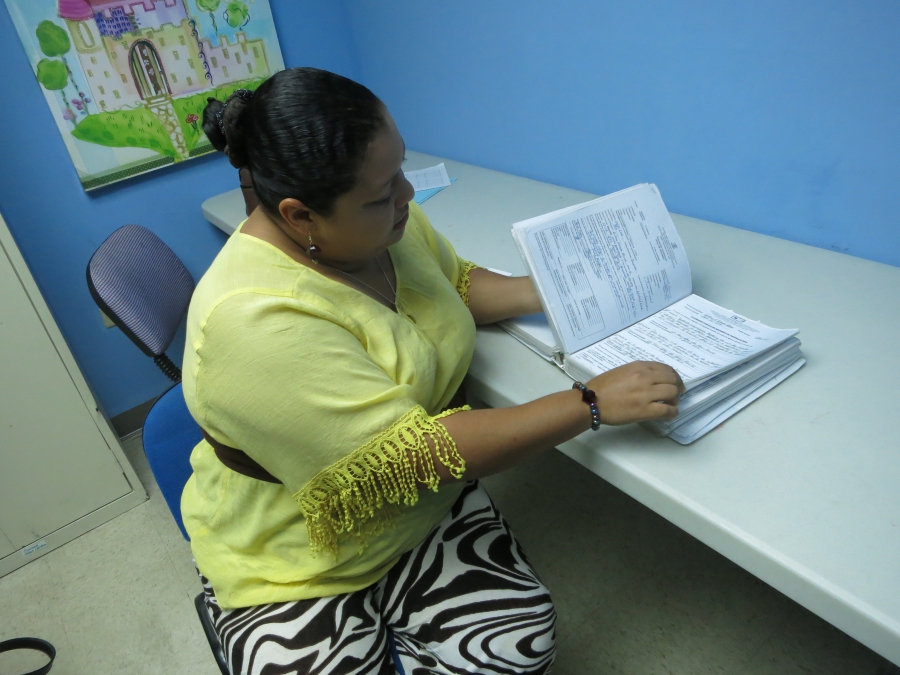 Jeanette Alicia Fernandez flips through a binder chronicling her battles with the Puerto Rican government to try and get services for her daughter with special needs.

The Puerto Rican government is saddled with some $70 billion in debt that it can’t pay back. Or rather, the government says it can’t afford to pay back its creditors and keep vital government services fully functioning. Many Puerto Ricans say services are already being impacted, and have been for a while.

The two mothers with special-needs children, Cosme and Fernandez, are also getting some help for their daughters at a privately run center for children, Centro Teras in the Rio Piedras neighborhood of San Juan. This center has become a lifeline for parents of children with learning disabilities.

But soon, it might not be an option. The staff hasn’t been paid in a while. The center runs on government funds, and director Anitza Urquia says those funds haven’t arrived in eight months.

She says she’s keeping the center open with bank loans. And it gets worse.

Urquia says the bank won’t loan her any more money until the government starts paying her again. With a sigh, she says she doesn’t know what she’s going to do next.

Puerto Rico’s governor says his island is facing a “humanitarian crisis.” It’s not just educational special services impacted; it’s health care, too. Last week, for example, a medivac helicopter company said it was grounding its air ambulances in Puerto Rico until the government paid its bills.

“When people that used to be able to get an appointment with a doctor in two weeks and now it's taking a month and a half, it begins to look like a humanitarian crisis,” says Cortés. “It’s not the kind where people are dying out of hunger.”

Still, there are basic economic realities. He says people won’t be denied life-saving treatment because of a lack of government funds. But consider a patient who needs a hip replacement.

“To do a hip replacement, there are two things that need to happen,” says Cortés. “You need a good doctor to take care of that and you need the hip part. And if you’re not able to buy the hip part, then you’re not going to be able to replace anything. It may sound very simplistic, but that’s what it comes to.”

He hopes that day won’t arrive. But the Puerto Rican government has been struggling to fully fund its share of Medicare and Medicaid, which in turn pay doctors, hospitals, and other medical suppliers. Hospitals have laid off nurses and closed floors. Electricity was even cut off for a few hours at a hospital that couldn’t pay its power bill.

Victor Ramos, a pediatrician and president of the College of Physicians and Surgeons, says many doctors are simply leaving Puerto Rico. 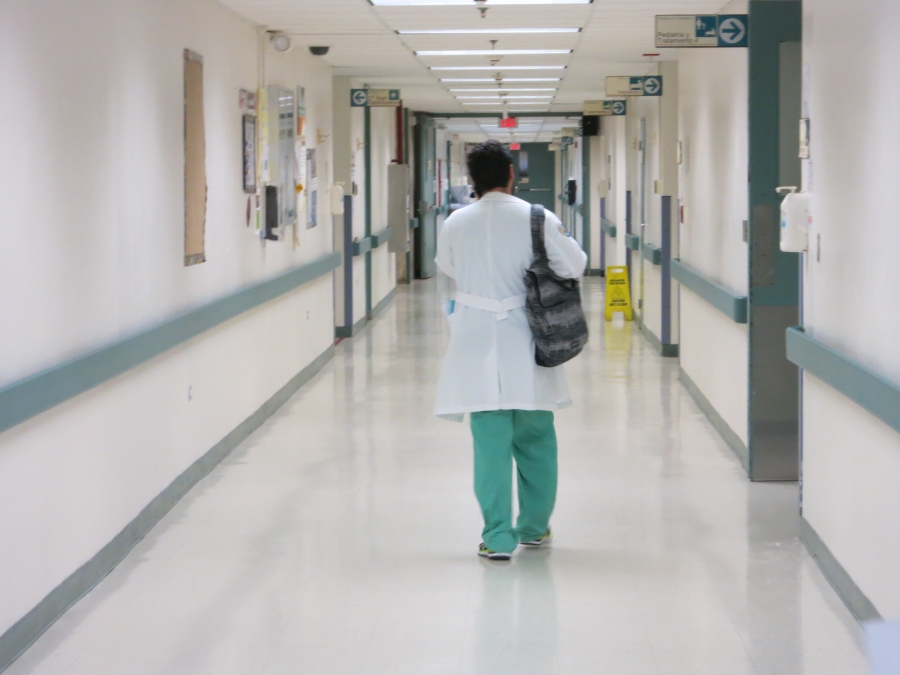 “We are running out of cash, paying Paul one day, and then pay John the other day, pay the security services one day, pay for transportation of our students,” says Batista, chronicling all of the government services they need to finance with a strapped budget.

Many on the island aren’t that sympathetic to the government’s plight though.

Nelly Cosme, the mom with an autistic daughter, says Puerto Rican officials can’t blame everything on the debt crisis. Her daughter is an American citizen and her care is funded by the US Department of Education.

Cosme and other Puerto Ricans are angry with their government for ignoring their problems for years. And they say politicians only talk about a humanitarian crisis now, because they want the US government to ease their debt burden.