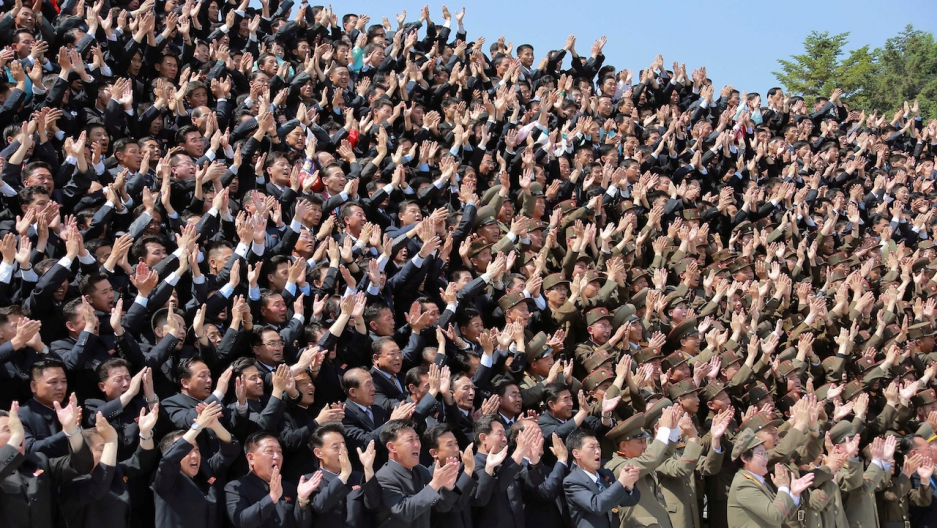 North Korea test-fired a ballistic missile on Sunday, the latest in a series of launches which have sparked international condemnation and threats of tougher UN sanctions.

US Secretary of State Rex Tillerson described the launch, the second in a week and the 10th this year, as "disappointing" and "disturbing," but rejected a suggestion that the US strategy to tackle North Korea was not working.

The missile, described by Washington as medium-range, was fired from Pukchang in South Pyongan province and traveled about 310 miles, according to the South's armed forces.

"Our military is closely monitoring signs for additional provocation by the North Korean military and we are keeping a full military readiness," said a statement from Seoul's Joint Chiefs of Staff.

The launch came just one week after the North fired a Hwasong-12 intermediate-range missile, which according to Pyongyang flew almost 500 miles and was capable of carrying a "heavy" nuclear warhead.

Analysts said the Hwasong traveled further than any previous ballistic missile launched by the North.

The May 14 launch was seen as a significant step forward as the North accelerates efforts to develop an intercontinental ballistic missile (ICBM) capable of delivering a nuclear warhead to the continental United States.

The launches, and a threatened sixth nuclear test, have fueled tension with the administration of US President Donald Trump, who has vowed that such an ICBM launch "won't happen."

He warned that no option is off the table in dealing with the North's weapons program, although Washington has so far opted for sanctions and diplomatic pressure, while looking to China, the North's closest ally, to step up economic pressure on Pyongyang.

Tillerson said the effects of these measures had yet to fully take effect.

"I think we are early in the game of putting pressure on them, and one could also interpret that perhaps they are just acting out now in response to some of this pressure," he said in an interview with Fox News Sunday.

Seoul's foreign ministry slammed the "reckless and irresponsible" firing as "throwing cold water on the hope and longing of the new government and the international community" for denuclearization and peace on the Korean peninsula.

South Korea's incoming left-leaning government has taken a more conciliatory line with Pyongyang than its conservative predecessors, but has reacted strongly to the latest two missile tests.

Japanese Prime Minister Shinzo Abe said the missile launches "trample on efforts by the international community towards a peaceful solution and are a challenge to the world," Kyodo News reported.

The US Pacific Command said it tracked the missile until it landed in the Sea of Japan (East Sea).

"US Pacific Command stands behind our ironclad commitment to the security of our allies in the Republic of Korea (South Korea) and Japan," it added in a statement.

Pyongyang has long had missiles that can reach targets across South Korea and Japan.

With an imputed range of 2,800 miles the Hwasong-12 also puts US bases on the Pacific island of Guam within reach.

The UN Security Council met behind closed doors last Tuesday to discuss tightening sanctions on North Korea after its May 14 launch.

US ambassador Nikki Haley said the United States was working with Beijing on a new sanctions resolution and warned that all countries must step up action against North Korea or face measures themselves.

The North says it needs missiles and nuclear weapons to deter any attack by the United States, and state newspaper Minju Joson Sunday threatened more launches.

"If the US persists in confrontation with the DPRK (North Korea), the latter will show how the crime-woven history of the US is put to an end," it said.

"Many more 'Juche weapons' capable of striking the US will be launched from this land. This is the DPRK's answer to the Trump administration," it said, referring to the national philosophy of "Juche" or self-reliance.