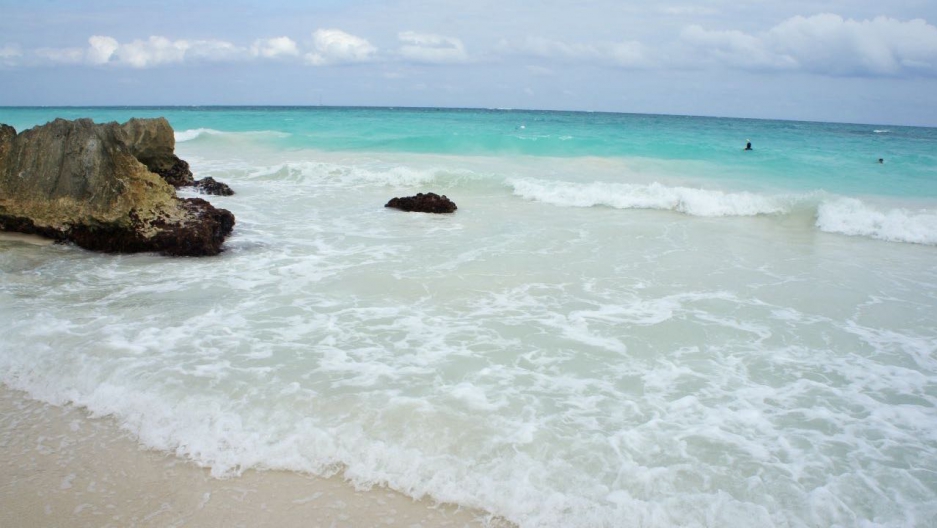 This snapshot is of the Caribbean Sea.

The Caribbean and its pristine beaches may be a tourist magnet, but life in paradise comes at a price: the soaring violent crime rate is higher than in Latin America or Africa.

The study out Tuesday by the Interamerican Development Bank is based on a survey of 3,000 crime victims in each of five countries: the Bahamas, Trinidad and Tobago, Barbados, Jamaica and Suriname.

"Nearly one in three said they had lost someone to violence. Guns are used about twice as often in robbery and three times as often in assault in the Caribbean as compared with the global average," the report said.

The average rate "of victimization by assault and threat [6.8 percent] is higher than in any other region," including Latin America (4.7 percent) or Africa (5.2 percent).

The report states that almost half of all crimes go unreported to the police.

The victims are mainly 18- to 25-year-olds who live in poor neighborhoods far from the tourist resorts.

The Caribbean region "is rightfully known for its beauty, warmth, culture, music and, yes, beckoning environment," said Therese Turner-Jones, who heads the bank's Caribbean Department. "But the darker side of having some of the world's highest violent crime rates remains a cause for concern."

One area of special concern is violence against women and children.

"We found that tolerance of violence against women and children is higher than comparable regions," said Heather Sutton, the report's lead researcher.

According to the study, one out of three adults approve beating a woman if she is unfaithful, a rate higher than in the United States or Latin America.

"The literature shows that high tolerance is predictive of high levels of actual violence. This is one important risk factor that perpetuates the cycle of violence and delinquency," the report said.