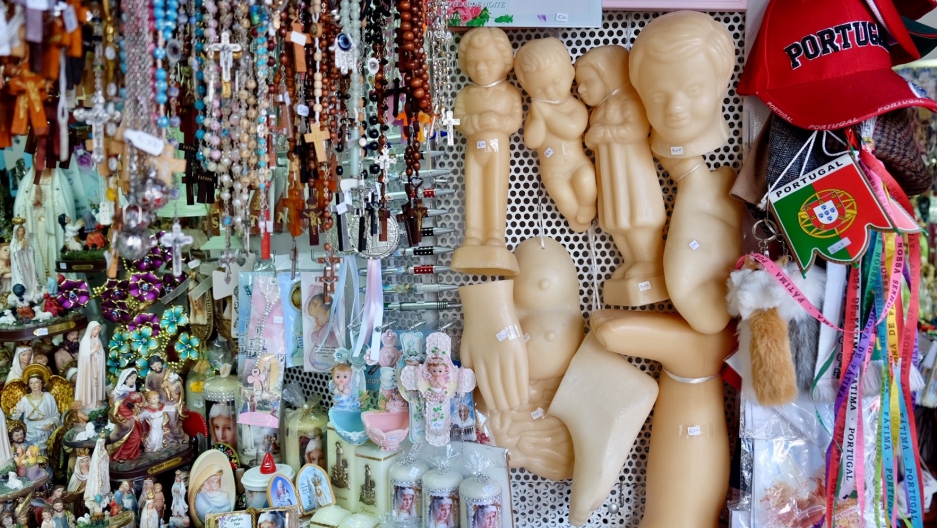 A colorful clutter of souvenirs at vendor Eduardo Silva's stand in Fatima's outdoor souvenir market. Catholic pilgrims buy beeswax body parts to burn at the shrine's fire pit, as an act of devotion.

The Shrine of Fatima Catholic church is a two-story concrete circle set low in a large public square in Fatima, Portugal. On the way there, visitors pass by a plaza of souvenir stands crammed with rosaries, keychains and toys. The best-sellers are Our Lady of Fatima figurines, some in classic white with crystal eyes, and others glow-in-the-dark green with glitter.

“The people,” said vendor Eduardo Silva, “when they have a problem, for example in the hand or something, promise to Our Lady of Fatima if they [are] cured, [the] problem was solved, they [will] come to Fatima to put on the fire one of those to burn.”

The Portuguese call them promessas de cera, or "wax promises." They’re molded around the objects of answered prayers: a premature baby who pulled through; breast cancer that went into remission; or homes and businesses that survived the financial crisis.

Millions of Catholics from all over the world go to the town of Fatima every year to celebrate these small miracles because of the big one that happened there. On May 13, 1917, three children — siblings and their cousin — said they saw the Virgin Mary, who spoke to them. Among the many things she told them was that some of the sick would get better, if they had faith. Since then, Catholics have prayed to Our Lady of Fatima for healing, promising to visit the shrine if she helps. 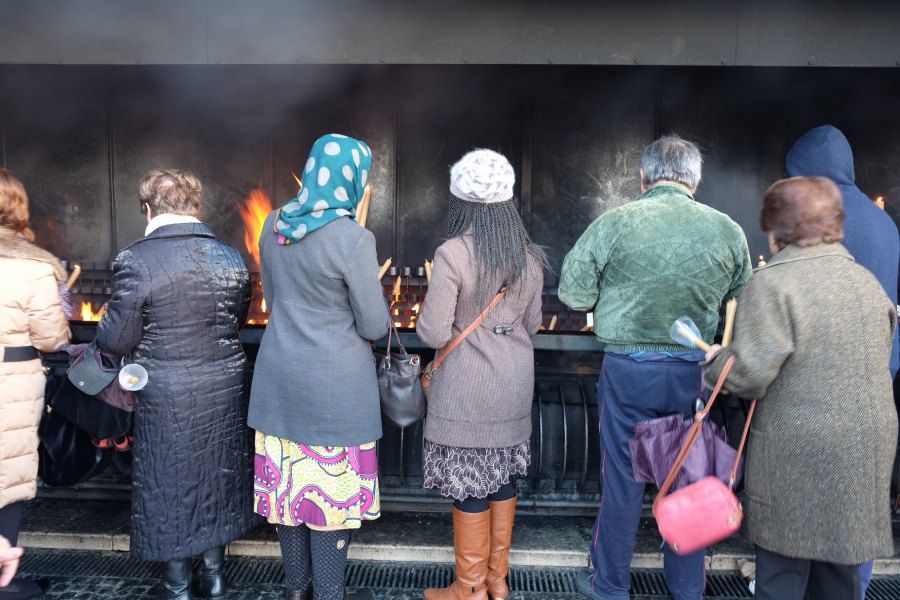 This is the fire pit at the Shrine of Fatima, where Catholics from all over the world go to burn devotional candles as a way of making good on a promise to Our Lady of Fatima.

Pilgrims burn several tons of wax every month at the shrine. And while body-part figures are popular for the most literal of answered prayers, more often the faithful burn all-purpose candlesticks to show their gratitude. Loli Sanchez Galán, from Toledo, Spain, bought a few under a nearby tent during a recent visit to the shrine. What she had prayed for, she wouldn’t say.

She was on her way to the fire pit, which looks like a giant gas grill. There people quietly place candles on the metal grate dripping with melted wax. American Travis Moon and his family stood off to the side, trying to figure out where to buy their own. They came all the way from Colorado. 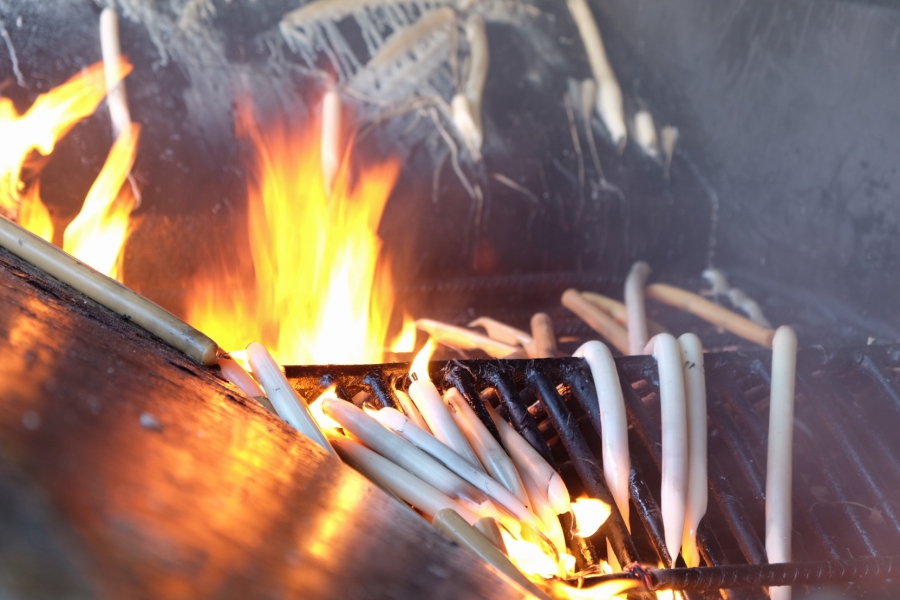 Prayer candles burn in the metal fire pit at the Shrine of Fatima.

“I think it’s an important symbolism for Catholicism, so we wanted to see what it was all about and learn more about the miracles,” he said.

His young son, Trey, was eager to join in at the fire pit.

“It’s pretty cool that you actually get to burn a candle,” he said.

He’s about the age of the children who put Fatima on the map. During John Paul II’s third and final visit to Fatima in 2000, he called the fabled siblings, Francisco and Jacinta, “two candles which God lit to illuminate mankind.” When Pope Francis is in town on the 100th anniversary of their vision — this weekend — he’ll make them saints. For vendor Eduardo Silva, that will be good for Catholicism, and good for business.

“For now, [business] isn’t so good because we don’t have yet a statue that says St. Francisco and St. Jacinta,” he said in March. “Our suppliers, I think they are thinking about it.”

Fatima’s souvenir stands aren’t acting too soon, though. Vendors said there'll be no new figurines until the siblings’ sainthood is official. 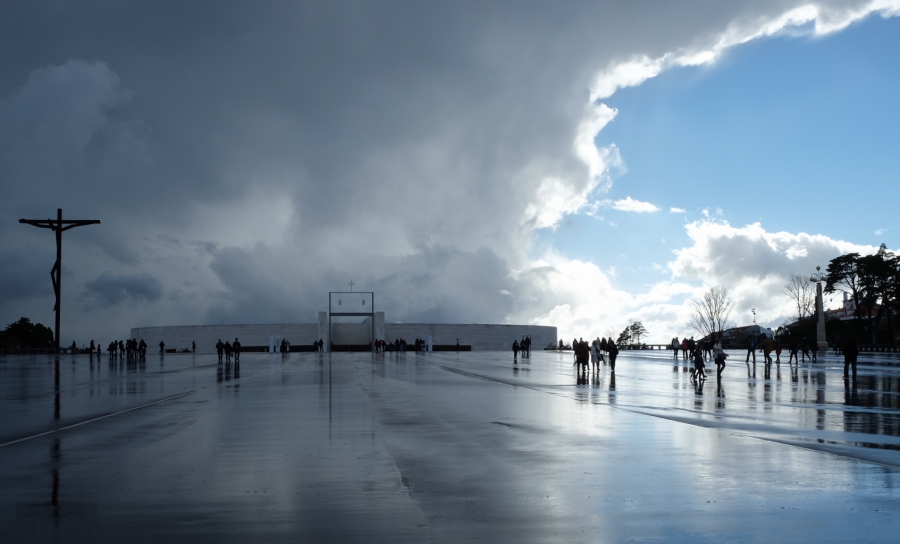 Portugal's largest Catholic church stands two stories tall on the plaza of the Shrine of Fatima. Millions of Catholics visit the shrine every year.