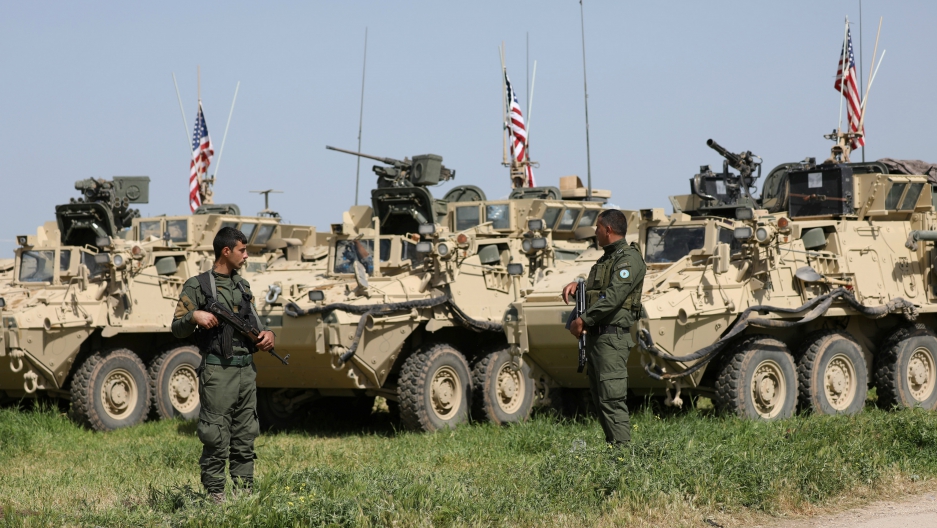 Kurdish fighters from the People's Protection Units (YPG) stand near US military vehicles in the town of Darbasiya next to the Turkish border, Syria, April 29, 2017.

US President Donald Trump has approved the supplying of weapons to Kurdish forces battling the ISIS in Syria, a US official said Tuesday.

The funding "to provide support to the YPG has been approved," the official said on condition of anonymity.

"The approval is effective immediately but the timeline for weapons delivery is to be refined."

The issue of whether to arm the Kurds has been hugely contentious for the Trump administration, as such a move is sure to infuriate ally Turkey, which considers the YPG as terrorists.

The official did not specify what kind of weapons will be provided, but they will be used in the upcoming fight to recapture the ISIS bastion of Raqqa.

The jihadis' capital of their supposed "caliphate" is being surrounded by a Kurdish and Syrian Arab alliance and officials are expecting a brutal fight to retake the city.

The decision to arm the Kurds was announced just hours after Pentagon chief Jim Mattis met with a Turkish official in Denmark at an anti-ISIS coalition summit.

He sounded upbeat on the relationship with Turkey, but it was not clear if the arming of the Kurds had come up in the discussion.