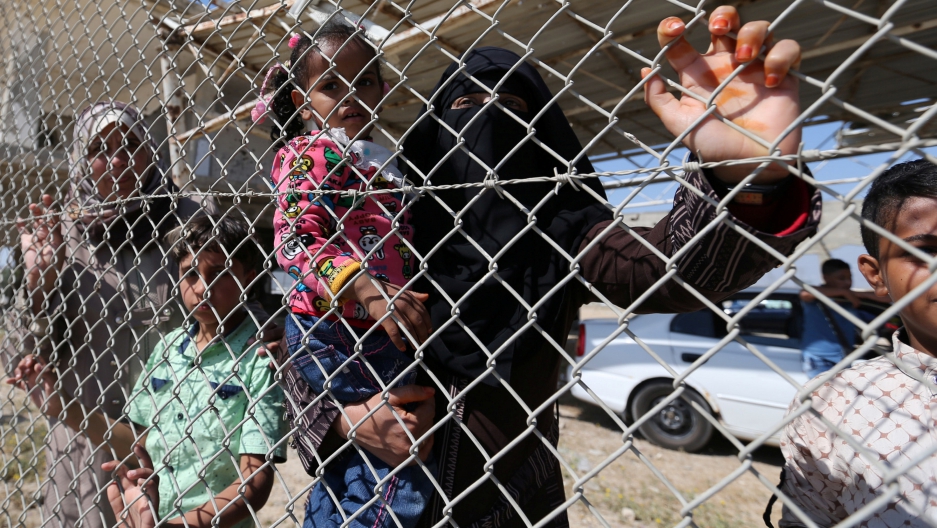 Palestinians stand behind a fence as they wait for the arrival of their relatives at Rafah crossing in the southern Gaza Strip.

The radical Palestinian group Islamic Jihad has rejected Hamas' new policy of easing its stand on Israel and accepting the establishment of a Palestinian state limited to the 1967 borders.

"As partners with our Hamas brothers in the struggle for liberation, we feel concern over the document" which the main Islamist movement that rules Gaza adopted on Monday, said Islamic Jihad's deputy leader, Ziad al-Nakhala.

"We are opposed to Hamas's acceptance of a state within the 1967 borders and we think this is a concession which damages our aims," he said on Islamic Jihad's website.

Nakhala said the new Hamas policy formally accepting the idea of a state in the territories occupied by Israel in the 1967 Six-Day War would "lead to deadlock and can only produce half-solutions."

Hamas has eased its stance on the Jewish state after having called for decades for its destruction, as the movement seeks to improve its international standing.

Founded in 1979 in the wake of the Islamic revolution in Iran, a close ally and source of its ideology, Islamic Jihad is the second force in the Gaza Strip and focused entirely on the armed struggle.