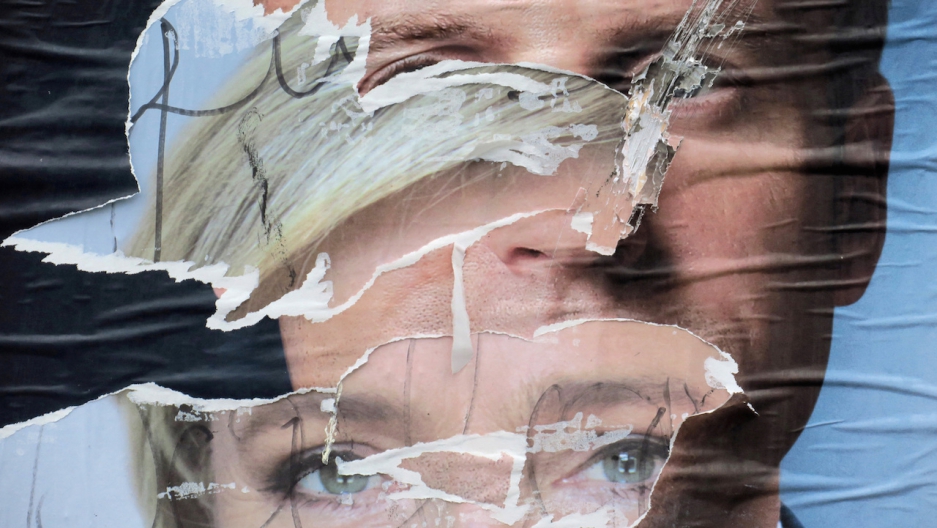 It’s been a tough year for political pollsters. They missed on the Brexit vote, and then on Donald Trump. But in France, polling houses were on the mark for the first round of the presidential election, held on April 23. And it’s not like their job was easy: voters chose from a dizzying 11 candidates, and an estimated 15 percent of them said they didn’t finally decide who to vote for until election day.

This Sunday, May 7, French voters head back to the polls for the run-off vote between far-right candidate Marine Le Pen and independent centrist Emmanuel Macron. According to the latest polls, Macron will finish with 62 percent of votes, while Le Pen will get 38 percent.

We’ll soon find out if French pollsters hit the mark again. But, how did they do it the first time?

First of all, they had a big mistake to learn from. Back in 2002, no one predicted that Marine Le Pen’s father — Jean-Marie, the founder of the National Front — would make it into the second-round vote for president.

“We learned from 2002 and we’ve worked a lot to improve since then,” says Bruno Jeanbart, the director of the French polling house OpinionWay.

Jeanbart analyzes elections from an office that opens directly onto the Place de la Republique, a famous site for protests in Paris.

“It’s a good place to keep an eye on public opinion,” he jokes.

The day I meet him, he's celebrating the success of his organization’s predictions in the first round of the election. Macron came in first, with 24.01 percent, followed by Le Pen at 21.30 percent. And OpinionWay, like other French polls, accurately predicted the results (within several tenths of a percentage point). Jeanbart says there are a few reasons for that — including that French pollsters have spent the past 15 years working out a strategy to get a more accurate picture of National Front supporters.

“The data we have shows that National Front supporters are much more closed off to the outside world,” Jeanbart says. “They have less confidence in people they don’t know so it is much harder to reach them in polls or get them to do an interview. We had the same problem in the 1970s with the Communist Party, which was always underestimated in the polls.”

OpinionWay was the first polling house in France to conduct polls online. They quickly learned this was particularly helpful when polling potential National Front supporters.

“A lot of people didn’t want to admit that they were voting for the National Front,” Jeanbart says. “It was easier to measure their votes online than with interviewers doing face-to-face surveys.”

When making this year’s predictions, French pollsters had more than a decade of information about National Front voting trends to go on.

“That gives us an advantage over a country like in the United States where the Trump phenomen[on] was a quite new occurrence,” Jeanbart says.

Moreover, Jeanbart admits the French system is just easier to read than the US electoral college system.

“In the US, you have to poll nationally but also state-by-state to really understand who is going to win the election,” Jeanbart says. “Here, you just count the total votes for each candidate.”

Still, Jeanbart knew the failures of British and American polls in 2016 would make his job harder. Especially as people seemed to believe that, after the Trump and Brexit victories, a Le Pen win was almost inevitable.

“It’s been a very hard campaign for us because there was a lot of doubt about what we were doing,” Jeanbart says. “There was also a lot of pressure from the international media and the markets because, after Trump, they were positive that Marine Le Pen was going to win the election. It was difficult to convince them otherwise.”

He knew the pressure was on.

“If — after Trump and Brexit — it had also been a bad year for pollsters in France, I think it would have been a tricky situation for all of us,” Jeanbart says.

Jeanbart says it’s easier to make predictions about the second round than the first. For one thing, there are only two candidates.

“Secondly, we use information about past voting trends to weigh the data,” he said. “When you are going for the past vote for the first round, you have to use data from five years ago. Now, we are using data from ten days ago.”

Jeanbart is certain that Macron will beat Le Pen on May 7.

"I have no doubt that Marine Le Pen can’t win this election,” Jeanbart says. “All of the data we have shows that there is a huge gap between the candidates. All week, they’ve been polling at about 60-40, which is big difference. When you are a pollster, you can miss two or three points but 20? It’s not possible.”

He won’t vote himself, however. He never does.

“I don’t think it is the right solution for most people, but I felt like I needed to make that choice,” he said. “It makes my work easier.”

Outside of OpinionWay, on Place de la République, the election is in the air. Candidates’ faces plaster posters and magazine covers. I decide to do an informal poll.

Paris voted overwhelmingly for Macron, so it’s not surprising that most people tell me that’s how they’ll vote on Sunday. At one point, a group of kids even run past shouting that Le Pen is racist and that everyone should vote for Macron.

But few of the adults seem as excited about Macron — it’s all about blocking the National Front.

“In the first round, I voted for [far-left candidate] Jean-Luc Mélénchon,” says a young biomedical engineer. “On Sunday, I’ll vote for Macron. There are aspects of his program that I don’t like but I’d never vote for Le Pen. Never.”

She says she’s worried about the results.

“I’m not sure how much I trust the polls — I think it is going to be a tight race between the two,” she says. “But I think, ultimately, Macron will win.”

Later, I speak to a member of the Le Pen minority, one of only 5 percent of people in Paris to vote for Le Pen in round one. He says he’s positive that his candidate will win on Sunday.

“With Trump, the polls showed he wouldn’t win but he did,” he says. “I will vote for Le Pen this weekend and so will my friends.”

He, for one, is convinced that the polls are wrong.