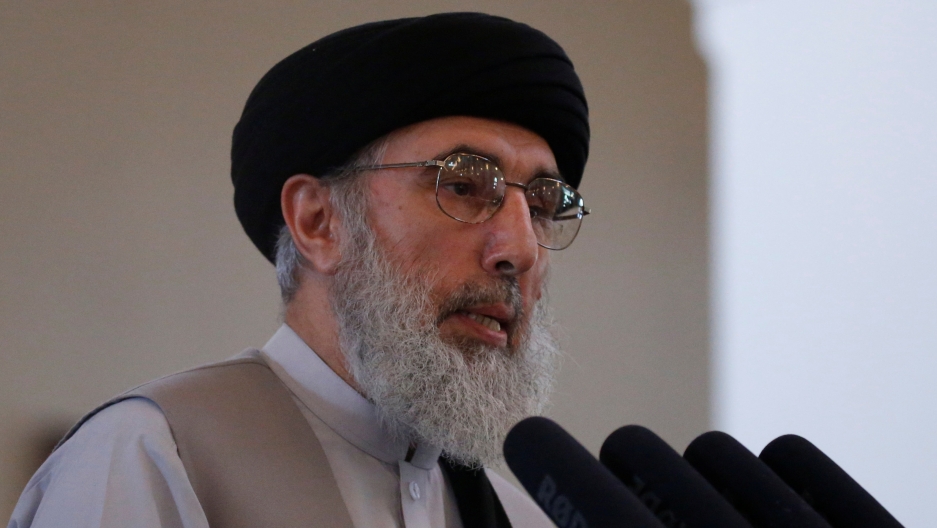 Afghan warlord Gulbuddin Hekmatyar speaks during a welcoming ceremony at the presidential palace in Kabul, Afghanistan, May 4, 2017

You’re probably sick and tired of your geeky friends making “May the Fourth be with you” jokes on Facebook.

Well, if you want a topical Star Wars reference to strike back with, then you can tell them to take a look at Afghan warlord Gulbuddin Hekmatyar.

Hekmatyar, nicknamed “The Butcher of Kabul,” returned to the Afghan capital today (yes, it’s May 4) after 15 years of rebellion against the government.

Hekmatyar, 69, has been a warlord for 40 years, and before that, made a name ordering the assassination of political rivals. He fought the Soviets in the 1980s, with the help of the CIA.

After the Communist regime collapsed in 1992, civil war erupted among the different rebel factions. Hekmatyar had Kabul pretty much under siege from 1992 to 1996. In those years he repeatedly and ruthlessly pounded the city with massed barrages of artillery shells and rockets. That’s how he earned his grim moniker as “The Butcher of Kabul.”

Many Afghans even today recoil in horror at the mention of his name.

After the US invasion, Hekmatyar found himself fighting the US-supported government. He was listed as a terrorist in 2003, and as recently as 2013, one of his suicide bombers killed six US personnel.

But last year, the Afghan government cut a deal with this graying lord of death. He gets amnesty, in return for a promise to stop fighting. He keeps his forces intact.

You could say he has returned from the dark side.

The hope is that Hekmatyar’s example will entice his former allies, the Taliban, to stop fighting. But few Afghans are holding their breath.

Some analysts say Hekmatyar the opportunist is just keeping his powder dry for whatever comes next in Afghanistan.

As Count Dooku says, “a wise master does not reveal all his secrets at once. In due time, my apprentice.”

Correction: The previous headline on this piece referred to Gulbuddin Hekmatyar as a "Taliban leader." He is not a member of the Taliban and is an Afghan warlord.