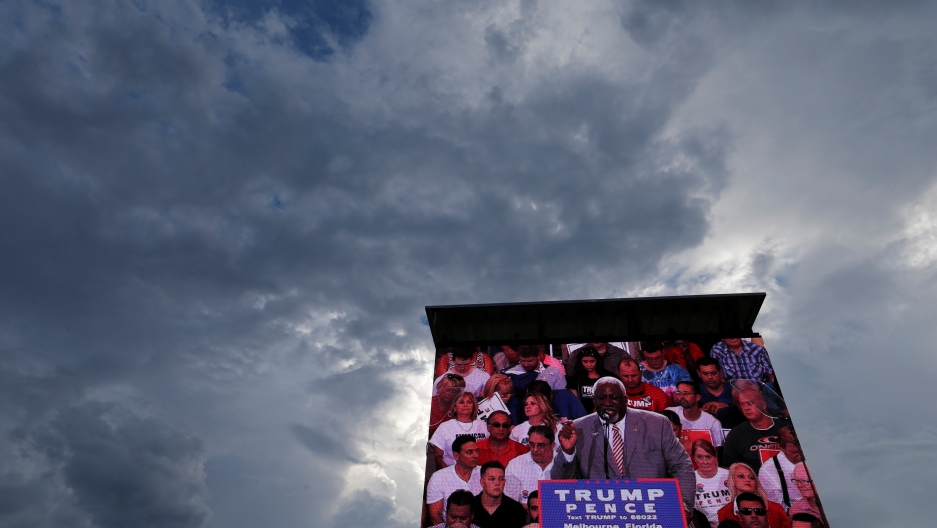 A new TV commercial set to air in Washington, DC, starting Tuesday makes a simple point: You’d follow the advice of 97 percent of dentists if they told you to get a tooth removed, so why won’t you believe 97 percent of climate scientists when they tell you man-made climate change is real?

The 30-second TV spot is the first of a series of commercials targeted at conservative leaders in the capital sponsored by the Partnership for Responsible Growth, a bipartisan group that supports putting a price on carbon as a free-market solution to climate change.

The group’s carbon price proposal is decidedly conservative, and in unveiling its new ad series Monday, the group lined up conservative leaders to support it, positioning the campaign as a climate change message by and for conservatives.

“Believing in science doesn’t make you a liberal. It makes you literate,” said Rev. Mitch Hescox, president of the Evangelical Environmental Network, on a conference call with reporters. “And that’s the message that I think we want to convey.”

The ads come as the partnership is lobbying Congress to think of a carbon tax as a way to pay for tax reform.

The group says it’s buying ad time during programs President Trump is known to watch on Fox and CNN, and also during the news show Morning Joe on MSNBC. This is not new, of course. CNN has reported that advocacy groups are airing ads in the TV market around Mar-a-Lago on weekends when Trump is scheduled to be at his Florida property. Still, the super-targeted tactics highlights the important role TV news plays in the Trump administration.

The climate change advertising campaign, which sponsors hope to run with a series of different commericals over the course of a year, is also notable for another reason: It’s the latest example of what seems to be a boost in visible conservative activism on climate change since the election.

In February, high-level conservative leaders, including Reagan-era Secretary of State George Shultz, went to the White House to make their argument for a revenue-neutral carbon tax.

This made a splash both for the content of the proposal, though it’s still considered a long shot, and the prominence of the leaders who backed it.

“That’s a very different discussion than where we’ve been stuck for the past few years, where most Republicans have either been completely silent about the issue … or have actually been willing to say that climate change is not even real,” said Anthony Leiserowitz, director of the Yale Program on Climate Change Communication. “The fact that we’re beginning to see very serious and conservative Republicans talking about their own preferred policy solutions, [it’s] a different political dynamic.”

And it’s not just former Republican policymakers getting involved.

The year-old Climate Solutions Caucus in the House, which requires equal membership of Republicans and Democrats, has roughly doubled its numbers since the election.

"Now that [they] are in a position of control, I think a lot of Republicans are looking at this as an opportunity to lead on climate, rather than looking at it as a wedge issue where they have to stand in opposition,” said Peter Bryn, the conservative director at Citizens’ Climate Lobby, a grassroots group that’s seen its membership swell in recent months.

Voters too increasingly accept the science of climate change, potentially giving conservative politicians more latitude to work on solutions to the issue rather than ignoring or denying it, Yale's Leiserowitz said.

"Among the American public, there's an increasing acceptance that climate change is in fact real,” said Leiserowitz. “And when you look below the surface of those national numbers to see who has been changing their views, it's not Democrats. It's mostly Republicans."