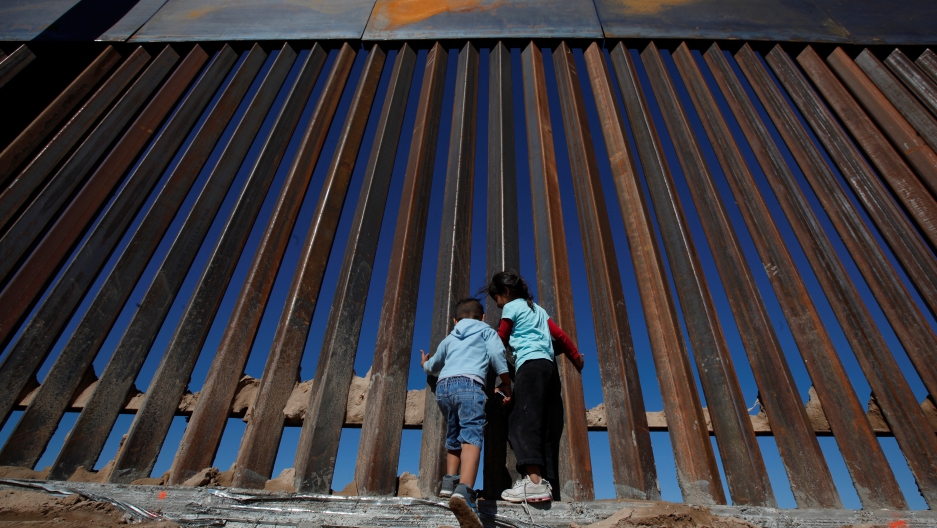 Children play at a newly built section of the US-Mexico border wall at Sunland Park, opposite the Mexican border city of Ciudad Juarez.

The Trump White House has doubled down on its demand that a government spending bill include $1.4 billion for a wall on the US-Mexico border.

But a determined group of US lawmakers is prepared to stand in the president's way.

"We're going to fight this to make sure that we don't get a wall," says Rep. Henry Cuellar, a Texas Democrat. "President Trump wants to shut down the government because he's saying that if he doesn't get his wall we're going to have problems. I don't think it's smart for him. ...  When people want to use a medieval or a 14th century solution called 'The Wall' to a 21st century problem, they're just totally missing what the border is all about."

Rep. Cuellar isn't saying whether he'll stick by his position if a federal government shutdown becomes a reality.

"It's up to the president," Cuellar says."He's the one playing chicken with us."

Congress is expected to debate the government spending bill this week. Funding to run federal agencies will run out on Friday.

Rep. Cuellar says if the federal government is shut down, voters will blame the White House and Republicans who control both branches of Congress.

"There's a lot of good Republicans who don't want a wall, and I don't think the president should put them in that situation," he says. "Because we're against the wall doesn't mean we don't want to have security. What we want to do is make sure that people from Washington that just come in and maybe spend an hour or two hours don't think they know the border better than we do."

Many of Cuellar's constituents depend on Mexico's economy for their livelihoods. In Laredo alone, 14,000 trucks cross the border at a local bridge each day. And trade between the two countries totals an estimated $1.5 billion every day. That works out to $1 million dollars of trade every minute of the day. Texas benefits enormously, he notes, from the 20 million Mexican tourists each year who frequent the states restaurants, hotels and stores.

Finally, he notes, many Texans don't support plans to build a border wall he says because the structure would be situated on their property.

"When you look at the 1,954-miles border that we have with Mexico, 67 percent of that property is privately owned," Rep. Cuellar says. "The wall [means] having big government take over lands that have been in families for generations ... So we gotta be smart on how we secure the border."