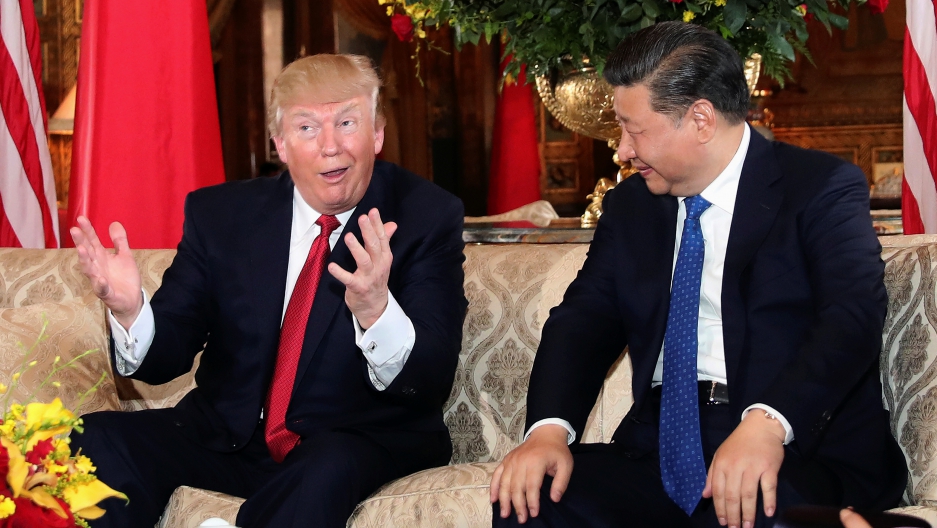 US President Donald Trump hasn't won any friends in South Korea this week.

A firestorm has erupted on South Korean social media after Trump said during an interview with The Wall Street Journal, “Korea actually used to be a part of China.”

The Wall Street Journal published the story on April 12, but it gained traction in South Korea this week.

An official with the foreign ministry in Seoul responded Wednesday by saying the Trump comment was “historically untrue” and “not worthy of a response.”

Trump was speaking to the Journal about his meeting in Florida with Chinese leader Xi Jinping.

“He then went into the history of China and Korea," Trump recalled. "Not North Korea, Korea. And you know, you’re talking about thousands of years ... and many wars. And Korea actually used to be a part of China. And after listening for 10 minutes, I realized that it’s not so easy.”

Koreans are deeply offended by any suggestion that their nation used to belong to China. But is there any truth to the statement?

To paraphrase Trump, it’s not so easy. It really depends on whom you talk to.

Koreans point out, quite correctly, that their national territory has never been administered directly as part of China proper by Chinese officials. Never in recorded history.

However, it’s equally true that for most of history, the different kingdoms located on the Korean Peninsula have been tributary states to China. A tributary state is one that pays tribute, in goods and money, to the receiving state. In exchange, the tributary state is allowed to live in peace, and govern its own affairs.

It’s clearly a subordinate relationship. The client state has to behave in certain ways or face the consequences.

It’s like an old-fashioned extortion racket in a city neighborhood. You pay off the mobsters on a regular basis or face the consequences.

So you run your own business, but are you really free?

In the case of states, the consequences could mean invasion and systematic pillaging.

For China, it’s all about respect.

In the traditional Chinese Confucian view of the world, China is the Middle Kingdom between heaven and Earth, and everywhere else on Earth is subordinate to some degree. For centuries, China forced its nearest neighbors to pay tribute as a sign of respect and recognition of their subordinate status. The amount depended on how strong a particular dynasty was at any particular time in history. At times, the tribute could be purely symbolic.

So does this tributary relationship mean Korea belonged to China at any time? A legalistic definition would say no. But in other empires, similar tributary relationships have been recognized as imperial ones. For example, no one questions that the British once controlled India, but much of the “empire” there consisted of tributary client states like Kashmir or Hyderabad: large states, under traditional dynasties, which controlled their own affairs, and yet were seen as part of “British India.” It’s the same for various Muslim states that became subordinate to Czarist Russia.

There’s even more ambiguity at those times in history when China and Korea were simultaneously invaded and overrun by peoples like the Mongols and Manchu. The Mongols, in particular. They assumed sovereign power in China in the 1200s and at the same time reduced Korea to a vassal state. In a sense, the Mongols became Chinese, and also controlled Korea. So was Korea "part of" China at this time? There’s no clear answer.

So how did Trump take away from his meeting Xi that Korea was once "part of" China?

There’s no transcript of the meeting, and no public, detailed Chinese account. But it seems reasonable to assume that Xi tried to convey some of the complexity of this relationship between China and Korea, going back thousands of years.

Perhaps Trump oversimplified or misstated the history. But some South Koreans are considering an alternative explanation — one they find pretty alarming. It’s the possibility that this is exactly what the Chinese president actually said. That he believes Korea used to be part of China.

Xi is understood to have a pretty traditional view of the world. Some commentators in South Korea have expressed concern that he might have what they call “hegemonic ambitions.” And they argue it’s conceivable that Xi might actually want to reduce China’s neighbors to their traditional role of tributary states.