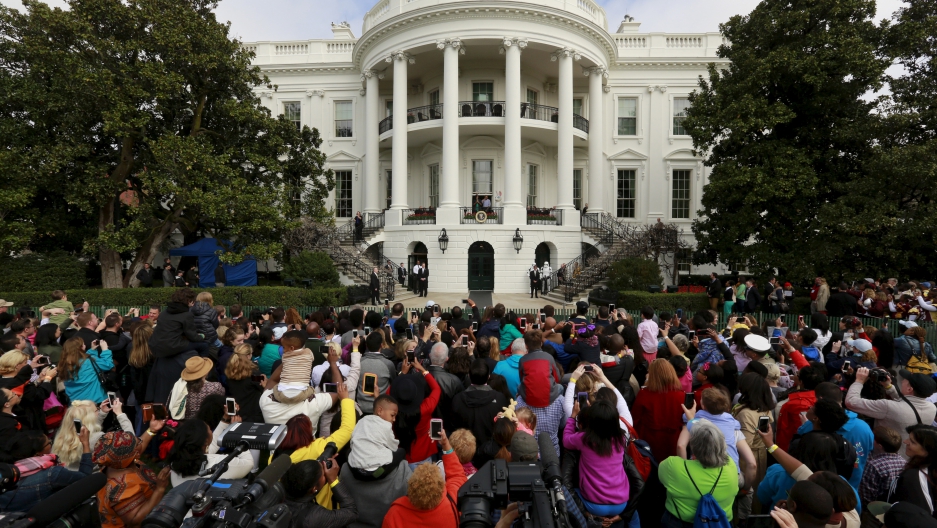 #82. @realDonaldTrump, are you worried about this year's Easter Egg Roll — one of the largest public White House events? #100Days100Qs

In the middle of February, President Donald Trump and First Lady Melania Trump received an urgent message via Twitter. No, it wasn’t evidence of Russian hacking, a collapsed health care bill or fake news. It was about eggs. Easter eggs to be exact.

The tweet from Wells Wood Turning, which traditionally supplies the White House with the commemorative eggs went ignored by the First Lady — the person usually responsible for one of the biggest and most publicized public events of the year at the White House.

By early March, sources confirmed the roll was on, eggs were ordered and the date set for Monday, April 17. Disaster averted? No. Not by a longshot. In fact, slow hiring by the administration and vacancies in key positions has left the White House visitor’s office very worried. “It’s an all hands on deck affair,” said a previous visitor office employee in a story published by the New York Times. “If you can pull off an Easter egg roll, you can do anything."

So many questions remain: Why were only 35,000 eggs ordered, compared to the 85,000 ordered from last year? Why will a military band be playing when previous egg roll festivities included A-list stars like Justin Bieber and Ariana Grande? Will Curious George and Elmo be present? Because of the late planning, PBS is only sending one Sesame Street character, when past egg rolls have had dozens on the White House lawn.

Perhaps most importantly, will Sean Spicer reprise his role from the administration of George W. Bush and play the Easter Bunny?

The Trump’s are planning on a more low-key, lightly attended event than previous years. Over the last eight years, the Obama’s egg rolls had so many activities that some complained children weren’t able to enjoy the event. One aide, who spoke on condition of anonymity, according to the same New York Times story, didn't have the actual number of people planning to attend and said that the plans for the event were "evolving."

D.C.-areas schools are still wondering if they’ll be getting the complimentary tickets they’ve been promised in years past and Republicans in the House and Senate have also been left wondering if they can provide tickets to some of their constituents.

If you're curious about how the Trump White House will handle the Easter egg roll, tweet the president.