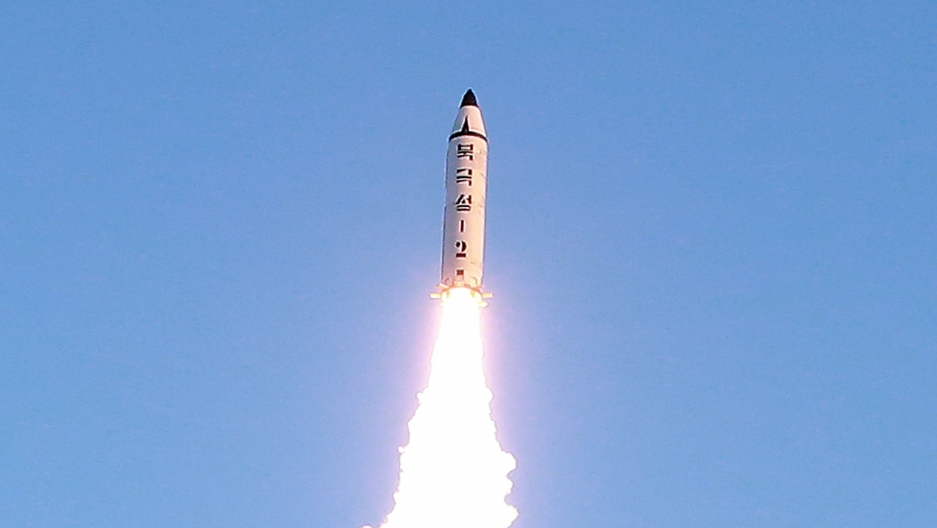 Surveillance footage suggests North Korea could be preparing to test a nuclear weapon in the coming weeks.

It would be a significant foreign policy test for President Donald Trump.

Figuring out how to respond to North Korean acts of aggression is a challenge for US presidents. Much of what comes out of Pyongyang is bluster.

On Wednesday, a spokesman for the North Korean foreign ministry promised his country would "respond accordingly" to what the spokesperson called "a severe provocation equivalent to a declaration of war" from the United States. What was this declaration of war? Sen. John McCain, R-Arizona, had called North Korean leader Kim Jong-un a "crazy fat kid" during an interview on MSNBC. And, separately, Sen. Ted Cruz, R-Texas, suggested that North Korea could be put back on the State Department's blacklist of terrorism sponsors after the suspected Pyongyang-ordered assassination of Kim Jong-un's half-brother in a Malaysian airport in February.

It's easy to dismiss that kind of rhetoric. But North Korea also happens to be a nuclear state controlled by an unpredictable dictator. The country is unstable, more or less isolated from the rest of the world, and while it's easy for Americans to mock Kim Jong-un and the cult of personality he has inherited, our close allies in Japan and South Korea don't find the regime very funny.

North Korea conducted its first nuclear test in 2006 and the most recent in 2016. This year has brought worrying new developments. On Jan. 1, Kim announced that North Korea would begin testing intercontinental ballistic missiles. That would turn North Korea from a nuclear state into a nuclear state capable of actually striking other countries with those nukes.

North Korea just stated that it is in the final stages of developing a nuclear weapon capable of reaching parts of the U.S. It won't happen!

North Korea has conducted multiple missile tests since then, most recently on March 24.

Trump has been mostly restrained in his response to Kim's provocations, but reports suggest he takes the North Korean threat very seriously.

The Trump administration says it wants to put pressure on China to take action against North Korea's nukes. "The only country that can stop North Korea is China and they know that," Nikki Haley, the US ambassador to the United Nations, said on ABC's This Week on Sunday.

The US president is expected to discuss this with Chinese President Xi Jinping when they meet in Florida on April 6 and 7.

In late February, a senior Trump administration official told reporters that Trump considers North Korea the "greatest immediate threat" to the United States, and that in the president's mind Kim "may be crazy."

How will Trump react if a new nuclear test shows that North Korea has made progress in its efforts to develop a nuclear delivery system?

So, Mr. President, you promised it won't happen. Does that mean it's a red line you won't accept North Korea crossing? Click here to tweet this question to the president.