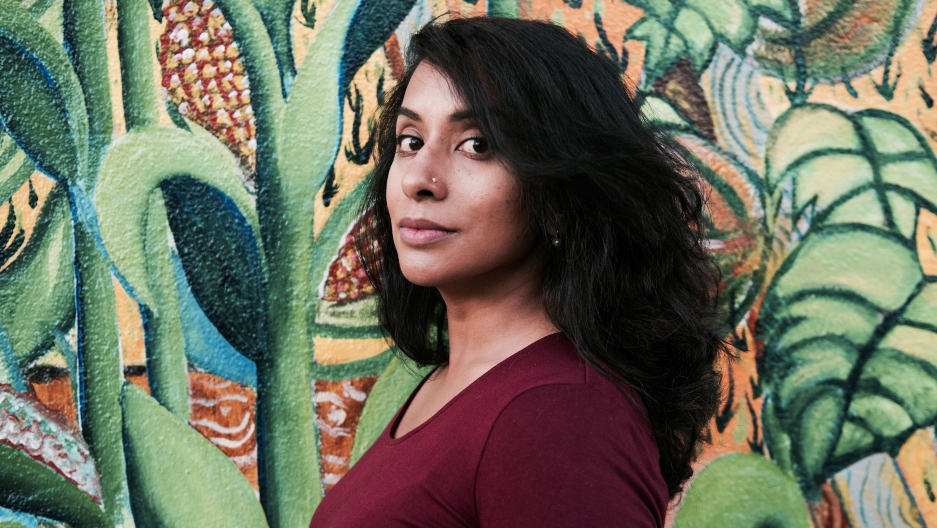 Immigration is often front-page news these days in the US — how deportations split families, how the system is toughening. There are true stories that bring all of this to life, and then there are stories that are not real. Fiction. Stories that show what we cannot always see or hear when it comes to immigration.

The book centers on Solimar "Soli" Castro-Valdez, who is young, undocumented and from Mexico's southern state of Oaxaca. She leaves her home for the US, crosses the border illegally, and finds her way to a cousin's home in Berkeley, California. She works as a housekeeper and nanny for a wealthy family and, before long, has a baby of her own.

Soon, her life is upended by deportation and separation from her son. Her boy is placed with a wealthy couple, also in Berkeley, with roots in India.

“Lucky Boy” is about adoption, motherhood, and what it means to be an immigrant — legal or not. It is a timely book, but the immigrant experience is not new to author Sekaran. She was born and raised in Sacramento, yet her parents are from India.

"They came over to America in the 1960s as foreign medical graduates, which was something that was happening then," says Sekaran. "The US was recruiting medical graduates from around the world to man their new Medicare system."

Related: For Teju Cole, John Berger was a kindred spirit

Her life represents one slice of the immigrant experience, but Sekaran's book was sparked by a story she heard on the news. "I heard about this woman named Encarnación Bail, who is from Guatemala, fighting for custody of her child, who is being adopted away from her," says Sekaran. "I wanted to know what people were thinking, what the adoptive parents were thinking, what the child was going to be thinking as he grew."

Sekaran saw that story as a jumping-off point, with her book also delving into the world of the US immigration system. She researched extensively.

Undocumented or not, Sekaran says, people often leave their countries with "the same hopes, the same fears — they all want something better than what they’ve had in their past lives. The real difference is in the paper that they’re given or not given in order to realize this dream."

At one crucial point in the book, the character Castro-Valdez is separated from her boy and put in a detention center, and then shuttled to a different center in a different state. She feels lost, unsure where she is physically. Detention becomes this black hole. Eventually, Castro-Valdez finds herself in a situation where she is able to talk to one of the guards in the center.

“Where are we?”
His gaze sharpened. “Washington, outside Seattle.”
He got up. She got up. They went inside.
The next night.
“Is it near California? This place?”
“Is Washington near California?” He frowned. “Some would say yes.”
“How can I get back to California?”
“You won’t."

"Lucky Boy" tells a story far different from Sekaran’s life — she's a US citizen, with parents from India who had legal papers all along. Sekaran says her book was a challenge from the start. "At a certain point, I had to find my personal point of connection with Soli," she says. "And the main point there was motherhood. We’re both mothers. I proceeded very carefully. I knew that I’d have to do a really careful and through job of creating this character, of making her a fully fledged individual, and a fully fledged woman and someone who I personally felt for and felt a part of."

Read an excerpt of Lucky Boy.docx