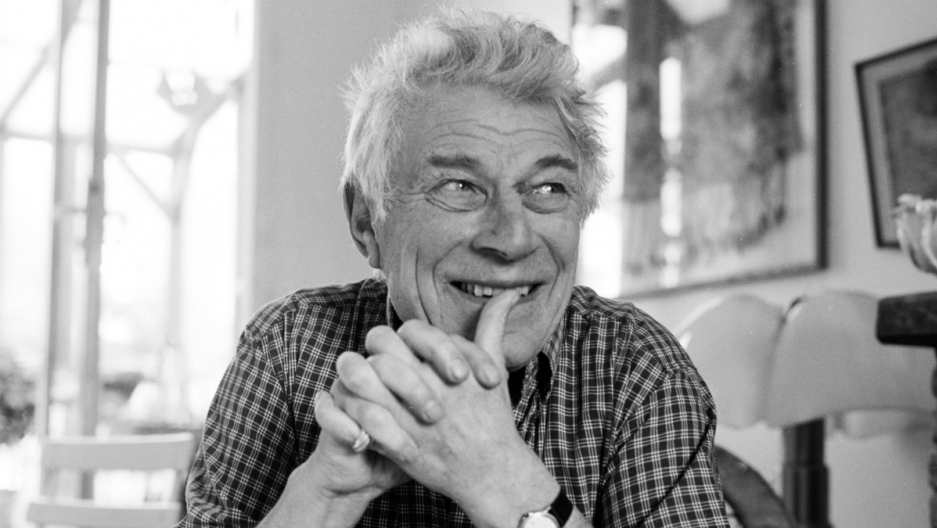 You may never have heard of John Berger.

But the English writer and artist, who died this week at 90, changed how countless art students thought about art and maybe even the world.

His 1972 television series and book ''Ways of Seeing" was designed to upend traditional, and what he termed elitist, ways of evaluating art work.

But Berger wasn’t just an art critic. He was also a novelist.

His book, “G,”, a non-linear account of a man travelling around Europe before World War One, won the Booker Prize.

And on top of his novels, he also wrote essays, about everything from his springtime tradition of cleaning out his outhouse, to the lives of migrant workers in Europe.

For author Teju Cole, who also writes novels, art criticism, and political treatises, Berger was a kind of role model.

Read more: Teju Cole considers why racism is not someone calling him the 'n word'

“It wasn’t just a gathering of many different kinds of things together that made his work influential on me,” says Cole, “it was the particular kinds of things that he gravitated towards. When I started to read him I realized those were the kinds of things I very much cared about.”

Cole says he and Berger wrestle with many of the same questions:  “How do you write about photographs?’’ “How do you think about drawing and about art?” “How do you bring the energies of poetry into prose?”

“I was already on a path,” says Cole. “Then I saw, here was this master, who had actually cleared the road.”

In 2014, Cole and Berger even hosted an event together in Ferrara, Italy, called “What We Have In Common.”

Cole fondly remembers sharing a several bottles of wine with Berger that trip.

But he says that one moment that felt especially important to him was when they were sitting backstage together, in the dark, waiting to be called up for their event.

Berger turned to Cole, and made a kind of observation.

“The time before the curtain rises and one goes on stage is a very special species of time", Cole remembers Berger telling him. “Where everything is still held in abeyance, and the moment is still full of potential.”

“And I thought to myself I might be the luckiest human being alive,” Cole says, “because John Berger is unfolding an unwritten essay for me, in real time. We’re sitting, just the two of us, backstage, with no audience, and his mind, which was so avid for what could be interesting about the world, big moments as well as tiny moments, never stops.”

And that, says Cole, kind of sums up the kind of person Berger was.

Lately, Cole has been thinking a lot about one of Berger’s books — in particular a collection of short stories called “Here is Where We Meet.”

In this collection, which came out in 2005, Berger has conversations with friends and relatives who have died.

This is one of Cole’s favorite books.

“Part of the storytelling is about memory,” Cole explains, “but part of it is about how the dead have not gone away. … [They] are always with us, actually supporting us.”

It’s a support that Cole says he is beginning to feel now.

“I felt rather bereft this week,” says Cole, “but as the days passed, I realized that all our encounters -- in person, a little bit in correspondence, and huge, two decades long in his writing -- all of that will always remain vivid and visible to me.”