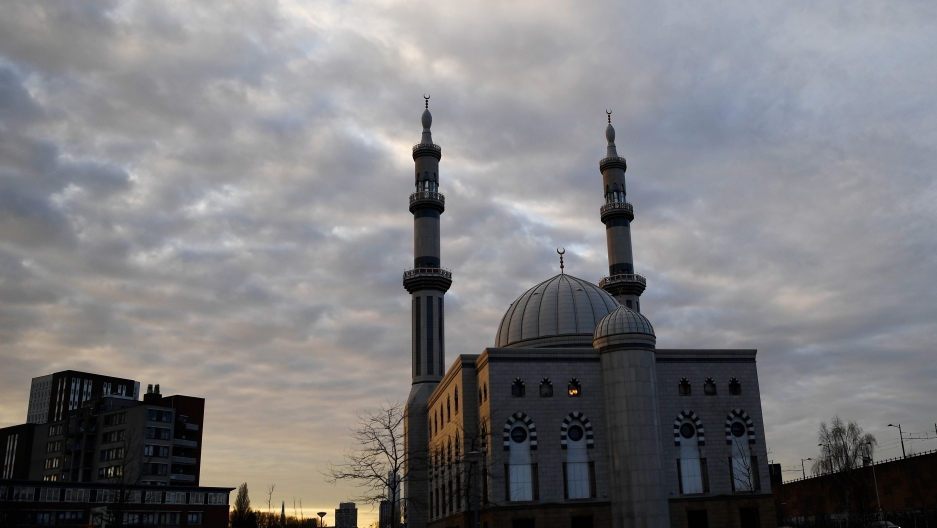 A mosque in the Dutch city of Rotterdam is shown here.

A lot of people scoffed at Samuel Huntington in 1992 when he argued that the world faced a “clash of civilizations.”

In a lecture, the political scientist put forward a hypothesis that cultural and religious identity would be the primary source of conflict in a world just emerging from the ideological struggles of the Cold War.

"Identity politics" are now all the rage, with advocates in the White House and the Kremlin seeming to believe that Western civilization is on a collision course with Islam and possibly China. Hindu nationalists are on the rise in India. Many Chinese are also happy that their nation is feeling its oats.

It’s all grist to the mill for London-based, Lebanese satirist Karl Sharro — better known by his pen name, Karl reMarks. On Tuesday, he tweeted:

Well done, all, the clash of civilisations thesis was wrong when it came out but we made it happen. International cooperation at its best.

“What I was trying to get at,” explains Sharro, “is that it’s almost like a self-fulfilling prophesy, in that the world has increasingly — even people that used to be critical of Huntington have started to adopt this particularist prism of seeing the world, seeing it through their own immediate cultural experience and defining themselves through what we broadly call now 'identity politics' for lack of any other word.”

In Europe, politicians across the continent are profiting from fear of the “other.” The most common targets are Muslims.

Related: The Aleppo tragedy has left one Arab satirist with nothing to say

“I think this is an acceleration of trends that had already begun before,” Sharro remarks, “but they’re gaining so much mainstream presence and voices now across the Western world. I think it’s really a sign of insecurity, an unjustified insecurity.”

Sharro, who grew up listening to Woody Allen stand-up, attributes the phenomenon in part to the decline of “big ideas” like liberalism and socialism, allowing many people to see the world through what he calls “narrow, cultural prisms.”

“To be fair,” he adds, “it’s happening all around the world, but it probably has a bigger impact in the West because of its immediate political manifestations and what used to be thought of as the advanced position of the West. It’s quite a tragic setback.”

“You know when you see culture as destiny,” Sharro says, “this is quite a dangerous thing, because there is no choice. If your identity is what you’re born into, if your identity is all about your cultural identity, this is a form of biological and cultural determinism.”

Related: Three dictators walk into a bar... and a Lebanese satirist becomes famous

“That means you can’t change as a person,” he adds. “You can’t have different points of view. And these are fundamental to the ideas of unshackling ourselves from the limitations of our immediate surroundings and from the — if you like — the weight of the past, and all those things, to kind of transform ourselves, and to create, especially today with the movement of people all around the world, to create much more diverse and inclusive societies that can accept everyone and still retain the ability to function and not be divisive.”