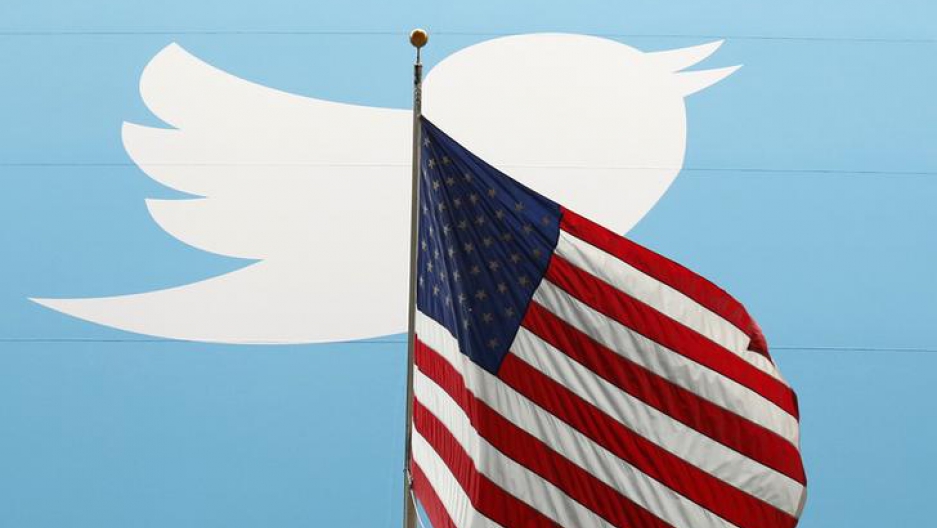 An American flag waves before the Twitter logo on the floor of the New York Stock Exchange in New York on November 7, 2013.

#50. @realDonaldTrump do you think the Presidential Records Act should apply to your tweets? #100Days100Qs

Before he took the Oval Office, Donald Trump had a lot to say about Hillary Clinton’s email.

Then-candidate Trump made headlines last October when he announced during a presidential debate that, if he elected, he would order his attorney general to investigate Clinton’s use of a private email server for official business when she was Secretary of State.

That same night, he implied that if he landed in the White House, Clinton would land in jail.

Not surprisingly, Trump used his Twitter account to fan the flames around the Clinton email controversy, where he suggested that Secretary Clinton’s deleted emails were a subject worthy of investigation by the FBI:

If Russia or any other country or person has Hillary Clinton's 33,000 illegally deleted emails, perhaps they should share them with the FBI!

But Trump's tweets may eventually cause him the same heartburn emails caused Clinton.

Last Wednesday, members of the House Oversight Committee sent a letter to Donald McGhan, Trump’s White House counsel, in which they claimed that anytime the president deletes a tweet without archiving it, he could be violating the Presidential Records Act.

First passed in 1978, the Presidential Records Act made presidential records the property of the American people. The law instituted procedures to ensure that all of the chief executive’s records and communications are recorded and made accessible to the public.

Trump’s Twitter practices came under fire after he deleted a tweet in which he misspelled the word “honor.”

The tweet that Trump deleted last week was fairly benign. But it does raise important questions about Trump’s views on communication, accountability, and his accordance with laws that are in place to ensure that elected officials keep an accurate record of official state business.

Mr. President, do you believe your tweets should be exempt from the Presidential Records Act?