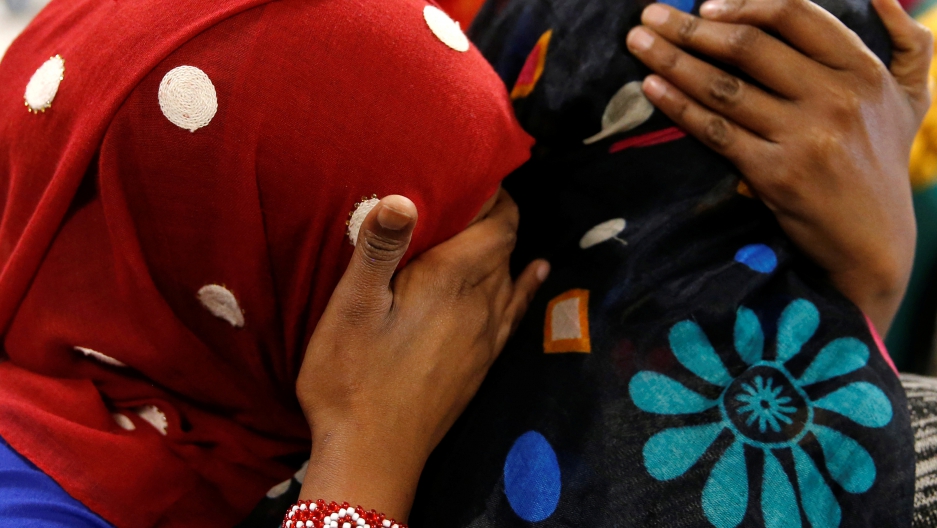 Asma Abdinasir (L), a Somali national who was initially denied entry to the U.S. because of the recent travel ban, is greeted by her mother Zahra Warsma (R) at Washington Dulles International Airport in Chantilly, Virginia, U.S. February 6, 2017.

The new ban bars non-visa holders from Sudan, Somalia, Iran, Libya, Syria and Yemen from traveling to the US for 90 days. Iraq has been dropped from the list. It also excludes people who have already received visas.

The law does not use language about Muslims or Christianity, which will make it more acceptable to the courts, says Mana Yegani, an immigration lawyer based in Houston.

A US district court issued an injunction, pending trial, on most (but not all) of Trump’s previous immigration executive order.

But Yegani worries the new travel ban could become permanent because the administration says the targeted countries must comply with certain demands — but those demands are not defined.

“One of the reasons stated for these countries being on the list is that they don’t have a stable government,” says Yeghani. “Well, how will their government be stable after 90 days? It seems this will lead to a permanent ban.”

This executive order would also ban refugees from all countries from coming to the US for at least 120 days, though exceptions may be granted on a “case by case basis.”

Yegani says that kind of discretion left to the government is vague and dangerous.

“I think that opens the door for discrimination and for profiling and all sorts of issues that will be handled behind closed doors that the public will not be aware of," she says.

Yegani expects the new executive order to be challenged in the courts.

In the meantime, she says she and her colleagues will be back at the airports to help people who are detained once the ban goes into effect on March 16.