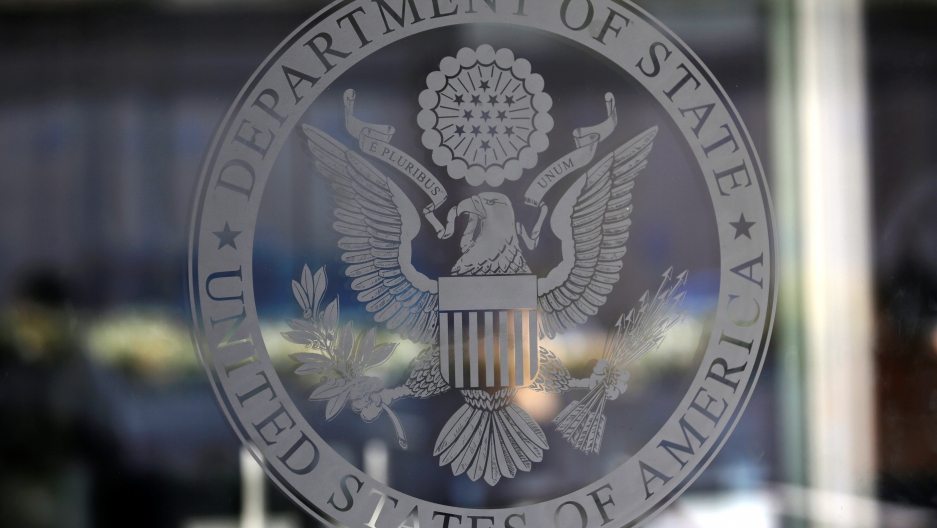 Diplomacy and development take a back seat to military spending in President Donald Trump's proposed budget.

President Donald Trump thinks the US is investing too little in guns and way too much in diplomacy.

His proposed budget calls for slashing State Department spending by up to 30 percent to help pay for a 10 percent uptick in resources for the military.

According to one former top State Department official, Trump's math is all wrong.

"If the president is looking for a $54 billion boost in defense spending, even if he wiped out the entire State Department, he wouldn't find it," says Ambassador Wendy Sherman, a former undersecretary of state for political affairs who was the lead negotiator for the US on the Iran nuclear deal.

According to Sherman's calculations, budgets for the State Department and the US Agency for International Development total about $50 billion. The Pentagon spends about $600 billion annually. So eliminating the State Department budget wouldn't even cover the proposed military spending hike.

Trump has said a "revved-up economy" will also help cover the costs of a $54 billion increase in US military spending. But many economists aren't convinced economic growth will be as strong and sustained as the president predicts.

Presently, foreign assistance makes up less than 1 percent of the total US budget. Sherman says it's a critical investment.

"It deals with pandemics like Zika and Ebola. It deals with refugees, both resettling them in the United States but also supporting them abroad so they don't need to come to the US," Sherman says. "When we are in Iraq, when we are in Afghanistan, we need diplomacy, development and defense. We have to work as a three-legged stool to achieve the security that Americans want and deserve."

The vast majority of the State Department budget is earmarked for aid to three countries: Israel, Egypt and Jordan.

"I don't expect that the president is going to cut any of those funds. Then you have counterterrorism funds, which I think will be critical to the president, and then you're left with very, very little in the State Department budget," Sherman says.

Programs likely on the chopping block include spending for global health; supporting the US military on the ground in locales including Afghanistan and Iraq; and food security, including the sale of excess farm products.

"All of these things may go by the wayside," Sherman says.

Instead of reducing the State Department budget, Sherman thinks Washington would be wise to invest more in its efforts. She suggests adding an office to spur innovation and grapple with rapid changes in technology.

Sherman was the State Department's third-ranking official until she left in 2015. She led the US team during six rounds of negotiations between Iran and six world powers in an effort to cap Tehran's nuclear program. Between negotiations, she'd visit hot spots including Libya, Somalia, Iraq and Afghanistan.

Sherman says her successes relied on expertise deep in the State Department, especially when helping to strike the Iran nuclear deal.

"That [US State Department] team was extraordinary," she says. "The Iran negotiations were just part of their portfolio. Frankly, it was only part of my portfolio. I was responsible for every single region and all international organizations throughout the world. So, we all are able to walk and chew gum at the same time."

On Tuesday, a group of more than 100 former US flag officers, general and admirals signed a letter calling on the administration to leave State Department funding in place, calling it a crucial partnership for the military.