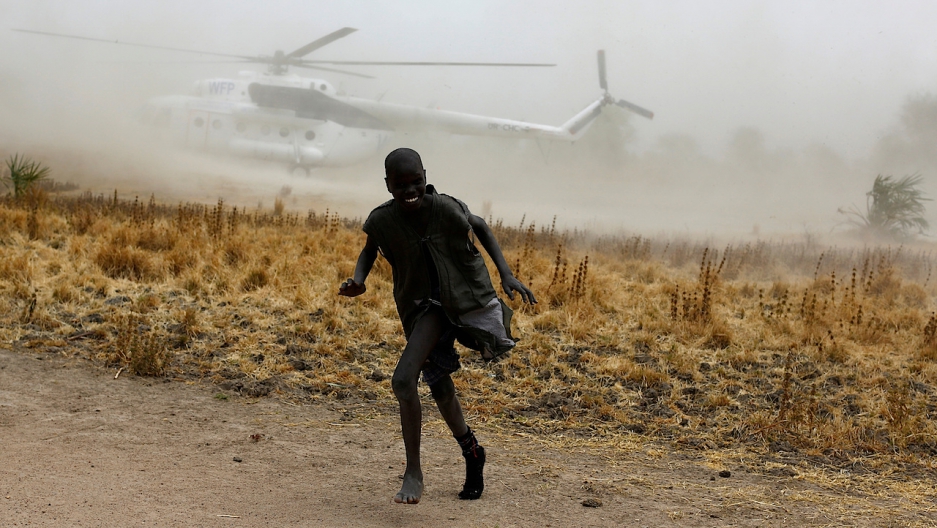 South Sudan on Monday declared famine in some parts of the country, with more than three years of war leaving nearly five million hungry in what aid groups called a "man-made" tragedy.

Isaiah Chol Aruai, chairman of South Sudan's National Bureau of Statistics, said some parts of the northern Greater Unity region "are classified in famine, or ... risk of famine."

Aid agencies said 100,000 people are affected by the famine, which threatens another one million people in the coming months.

"A formal famine declaration means people have already started dying of hunger. The situation is the worst hunger catastrophe since fighting erupted more than three years ago," said the statement by the World Food Programme (WFP), UN children's agency UNICEF and the Food and Agricultural Organisation (FAO).

South Sudan, the world's youngest nation, was engulfed by civil war in 2013 after President Salva Kiir accused his rival and former deputy Riek Machar of plotting a coup against him.

An August 2015 peace deal was left in tatters when fighting broke out in Juba in July last year.

Violence — initially between ethnic Dinka supporters of Kiir and ethnic Nuer supporters of Machar — has since spread to other parts of the country, engulfing other ethnic groups and grievances.

The United Nations has warned of potential genocide and ethnic cleansing and there is no prospect of peace in sight.

Oil-rich Unity State, a traditional Nuer homeland and Machar's birthplace, has been one of the flashpoints in the conflict and has flipped several times between government and rebel forces.

That figure represents 42 percent of the country's population.

The famine classification is according to an internationally recognized sliding scale of hunger in which an extreme lack of food has led to starvation and death.

"The main tragedy of the report that has been launched today ... is that the problem is man-made," said Eugene Owusu, the United Nation's Humanitarian Coordinator for South Sudan.

"The underlining drivers have been there for some time and we have all known that we have a major food crisis." 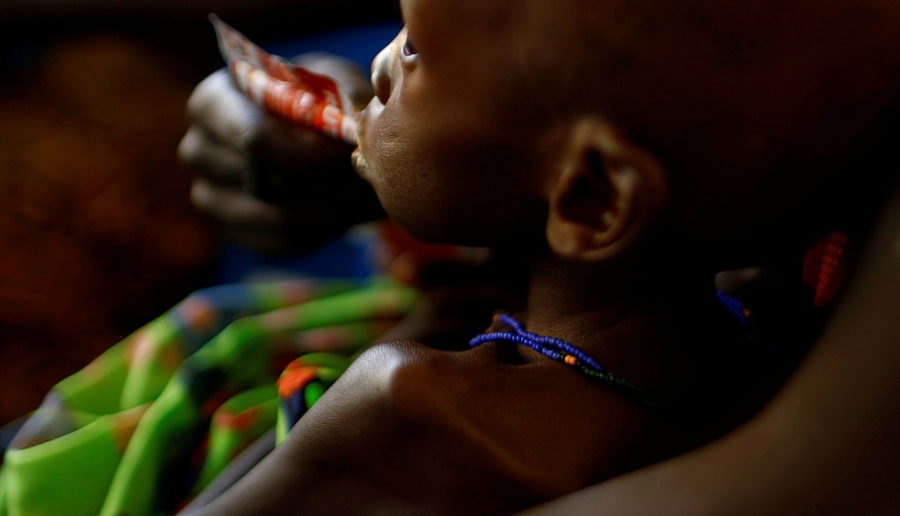 A mother feeds her child with a peanut-based paste for treatment of severe acute malnutrition, in a UNICEF supported hospital in the capital Juba, South Sudan, Jan. 25, 2017.

He said conflict and insecurity for humanitarian workers, who had suffered attacks while carrying out their work, and the looting of "humanitarian assets" had exacerbated the crisis.

In September last year, several aid agencies had to pull out of the famine-hit area of Leer because of escalating fighting between the two forces.

"I would like to use this opportunity to call on the government, the warring parties and all actors to support humanitarians to provide the necessary access so we can continue to bring lifesaving services to those in need," Owusu said.

According to aid groups, the number of people facing hunger is expected to rise to 5.5 million at the height of the lean season in July if nothing is done to curb the spread of the food crisis.

"Many families have exhausted every means they have to survive," said the FAO's representative in South Sudan, Serge Tissot.

"The people are predominantly farmers and war has disrupted agriculture. They've lost their livestock, even their farming tools. For months there has been a total reliance on whatever plants they can find and fish they can catch."

The famine declaration comes as millions across the Horn of Africa are going hungry due to a devastating drought following two failed rainy seasons.

The drought has also affected food security in South Sudan, however the biggest contributor to the famine is the inability of aid agencies to reach areas where the economy has collapsed due to the war.

Famine early warning system FEWSNET has warned that if 2017 rains were again poor in Somalia — as forecast — "famine would be expected."