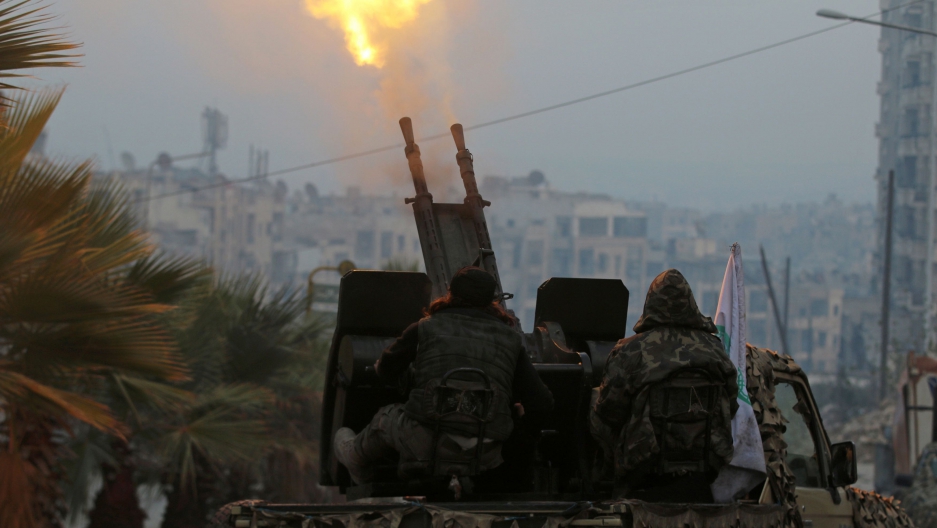 Iraqi forces on Sunday launched an operation to retake the west bank of Mosul, the latest phase of a massive offensive on the ISIS bastion.

Here are the main dates concerning the Islamic State group in Iraq and Syria:

- April 9, 2013: Al-Qaeda in Iraq chief Abu Bakr al-Baghdadi says that Al-Nusra Front, a jihadist group battling Syrian President Bashar al-Assad's regime, is part of his Islamic State of Iraq and the Levant (ISIL, which would come to be known as ISIS after a rebranding) and fighting for an Islamic state in Syria.

- January 14, 2014: ISIL conquers the city of Raqaa in northern Syria, after fierce fighting with rival rebels. Raqaa, the first provincial capital lost completely by the regime, becomes its stronghold.

- June 9, 2014: ISIL starts a lightning offensive in northwestern Iraq in which it seizes second city Mosul before sweeping across much of the Sunni Arab heartland bordering of autonomous Iraqi Kurdistan. Tens of thousands of members of the Christian and Yazidi sect flee.

- June 29, 2014: ISIL declares a "caliphate" across the territory it has seized in Iraq and Syria.

They rebrand themselves the Islamic State (ISIS) and declare their chief Abu Bakr al-Baghdadi "caliph" and "leader for Muslims everywhere".

- August 8, 2014, US warplanes strike ISIS positions in northern Iraq in response to an appeal from Baghdad.

- September 5: US President Barack Obama vows to build an international coalition to defeat the group.

- September 23: the US and Arab allies launch air strikes on ISIS in Syria.

- March 31, 2015: Iraq announces the "liberation" of Tikrit, 160 kilometres (100 miles) north of Baghdad, though fighting in the city continues for days afterwards. Government forces and Shiite militias had begun their offensive on March 2 to oust the group, which had controlled Tikrit for nearly 10 months.

- November 13, 2015, Iraqi Kurds announce the recapture of the northern Sinjar region from ISIS, which had seized it in August 2014.

- February 9, 2016: The Sunni town of Ramadi, capital of the Iraqi province of Anbar, is recaptured from the jihadists, who had overrun it the previous May.

- June 26: Iraqi forces recapture Fallujah in June 2016 after two and a half years in which the city was outside government control. Anti-government fighters had seized Fallujah at the beginning of 2014 and it became an ISIS stronghold.

- January 26, 2015: ISIS is driven out of the Syrian border town of Kobane after more than four months of fighting led by Kurdish forces backed by coalition air strikes.

- On August 6, 2016: the Syrian Democratic Forces coalition of Arab and Kurdish fighters backed by US air strikes recaptures the northern Syrian town of Manbij following a two-month battle against ISIS.

Syrian rebels deal a major symbolic blow to ISIS in mid-October, recapturing the Syrian town of Dabiq, where the jihadists had promised an apocalyptic battle.

The battle for Mosul

Three months later, Iraqi forces led by the elite Counter-Terrorism Service retake the east side of the city.

- February 19, 2017: Prime Minister Haider al-Abadi announces the launch of operation to retake the west bank of Mosul, which experts warn could prove even harder than the east.