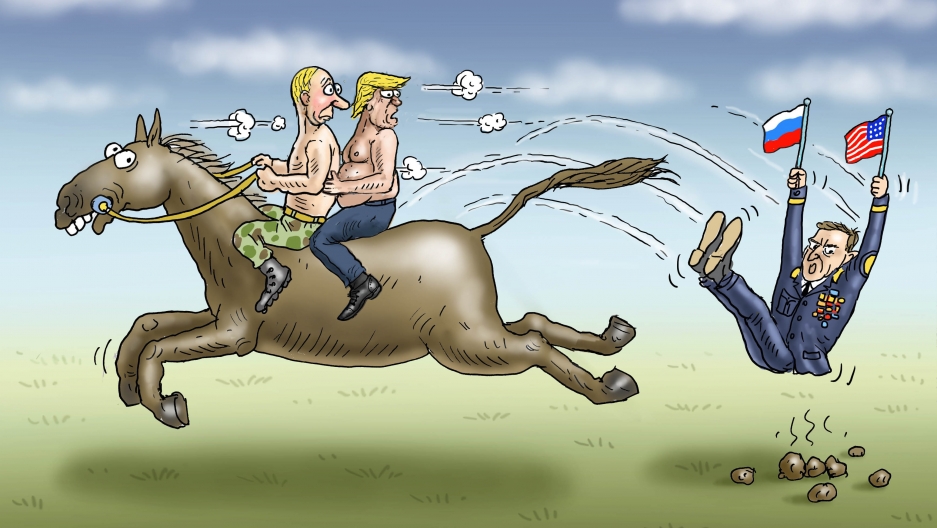 He's with us. He's with us. Oh dear, he's gone! Vladimir Putin and President Trump react to the resignation of Michael Flynn as National Security adviser.

The news these days reads like satire: National Security Adviser Michael Flynn resigns over his pre-inauguration contact with the Russian ambassador. The New York Times reports that the Trump presidential campaign had frequent contact with Russian officials. And the President takes to Twitter.

This Russian connection non-sense is merely an attempt to cover-up the many mistakes made in Hillary Clinton's losing campaign.

It may seem satirical, but it's not.

The real scandal here is that classified information is illegally given out by "intelligence" like candy. Very un-American!

The people putting out intentional satire are cartoonists looking at the United States from abroad.

Here's a sampling of their recent work. 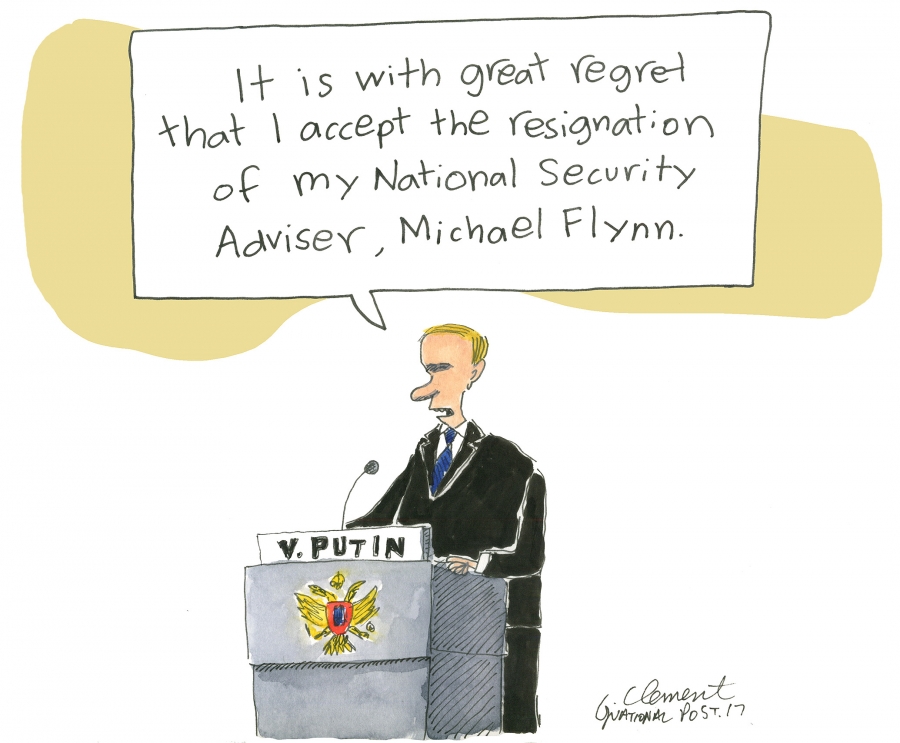 Here's how #Belgium sees you, #DonaldTrump . You know Belgium, the capital of #Brussels... #zimbobcartoons #Trump pic.twitter.com/NDZY51W1GZ 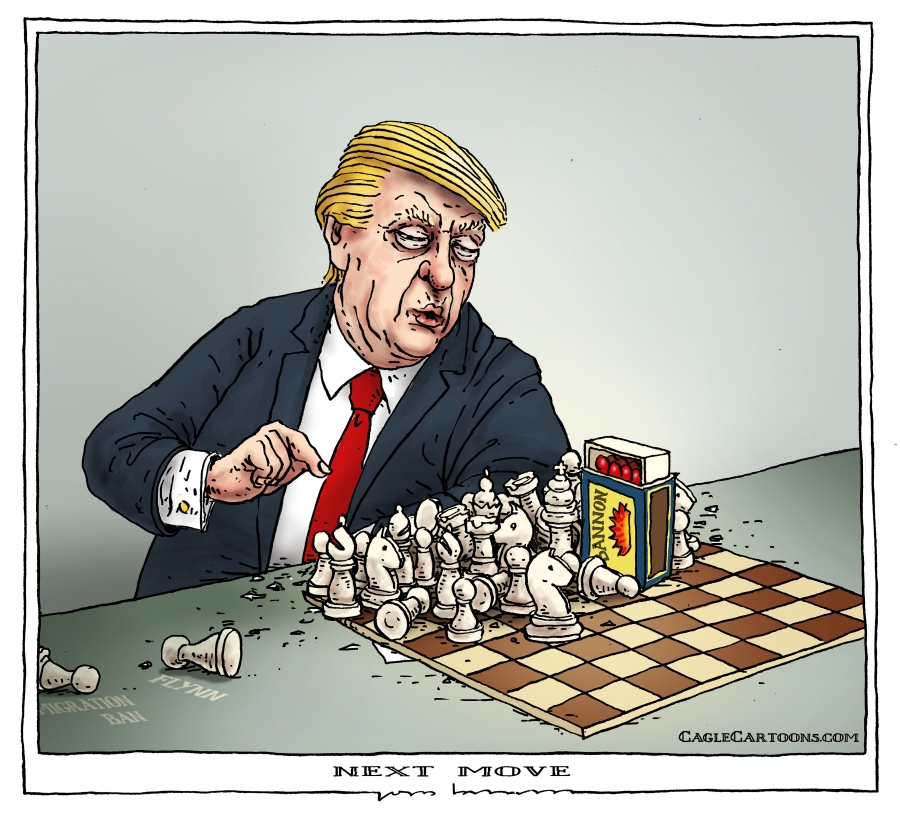 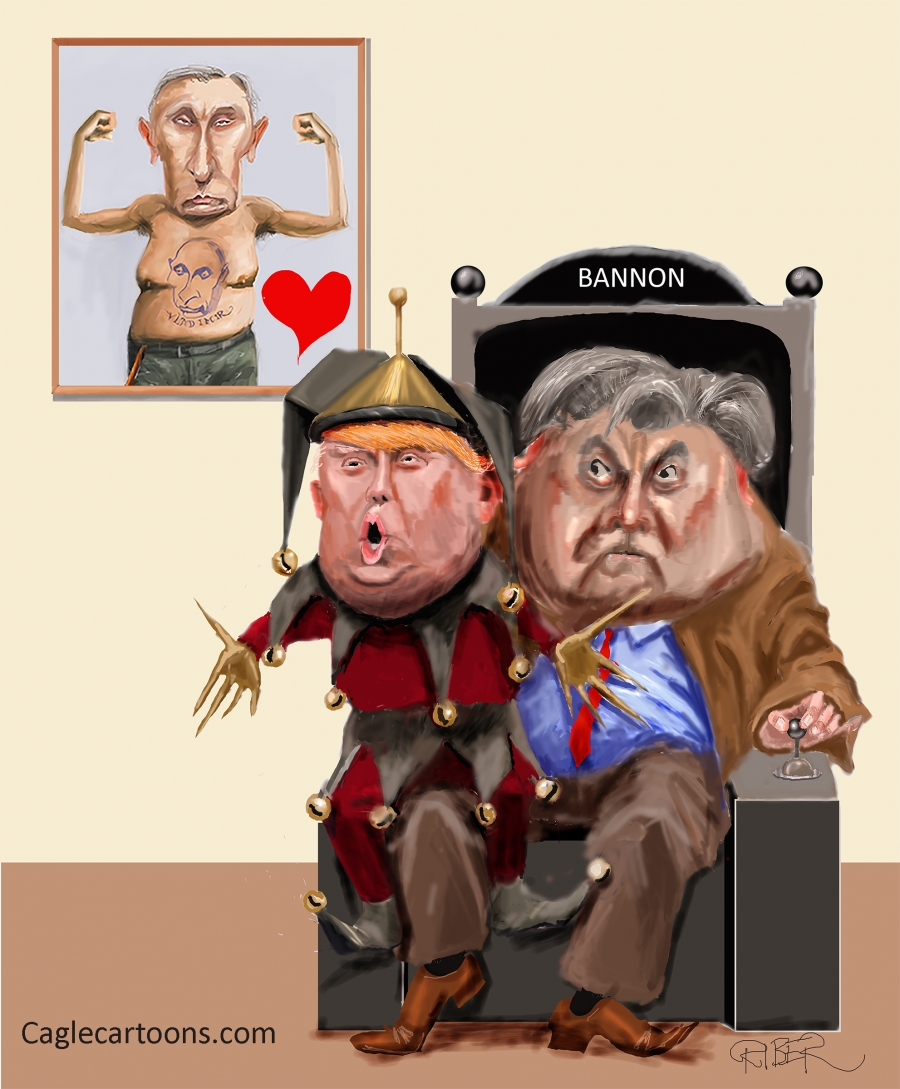 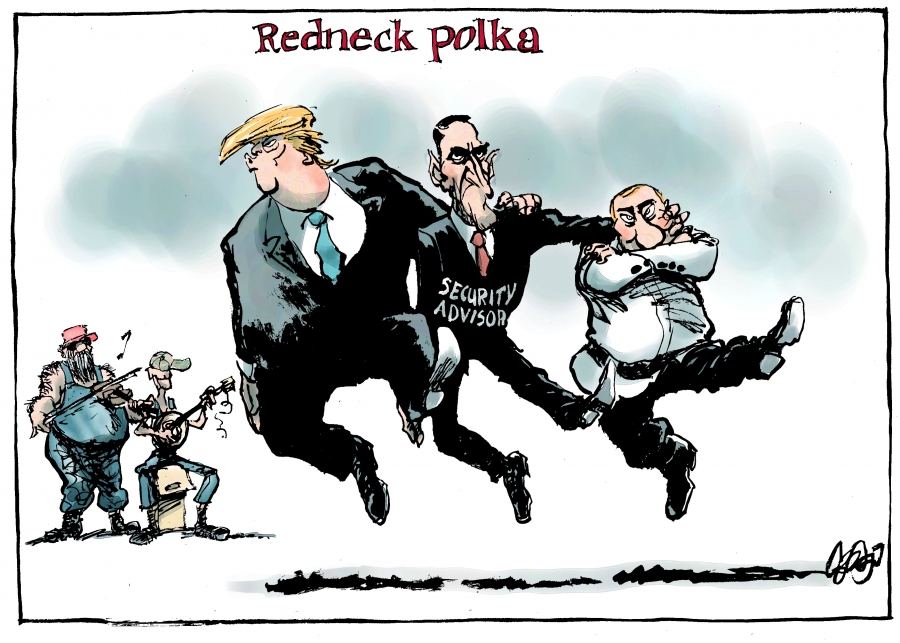