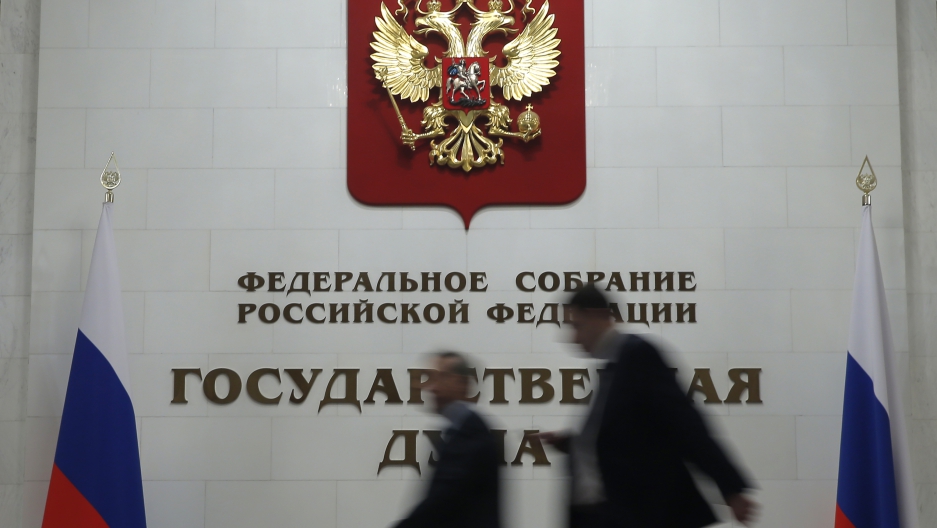 An interior view shows the State Duma, the lower house of parliament, in Moscow, Russia January 20, 2017.

Dozens of Russian activists braved snow Sunday to protest against a law signed by President Vladimir Putin that has softened penalties for those who commit domestic violence.

Some 80 people including students and professionals working with domestic violence victims gathered in a Moscow park for the rally which, in a rarity, was permitted by the city authorities.

Putin on Tuesday signed amendments that have prompted a hail of criticism from victims and experts who say they will make it harder to stop abusers and protect those hurt.

The measure reduces the penalty for violence against family members when it is the first such offence within a year and where it did not cause serious injury.

Abusers who previously faced up to two years in prison now can be punished by a fine, community service or up to 15 days in police custody.

The law was proposed by conservative lawmakers who oppose state intervention in family life and argued that the previous law could be used to punish parents for using corporal punishment.

Protesters in the snow-covered Sokolniki park held placards with slogans including "The first time he hit, the second time he killed" and "Every 40 minutes a woman dies from beating in the family."

"We will fight for domestic violence to become a crime," said rights lawyer Mari Davtyan, who spoke at the demonstration and has represented many victims.

"I am really sad that such a law has been passed. As a lawyer every day I meet women with broken lives and health. We will continue the struggle."

Natalya Timofeyeva of "Syostry," or Sisters, an organisation that helps women who suffer sexual abuse, told protesters that "we came to declare our right to life without violence, without fear."

"Around 40 percent of violent crimes take place in the family. But few people call the police and take the case to court," she said.

"The public views the victim of violence as herself to blame."

Activists had applied twice before to hold a demonstration while the amendment was still going through parliament but city authorities refused, citing lack of space and then an incorrectly filed application.