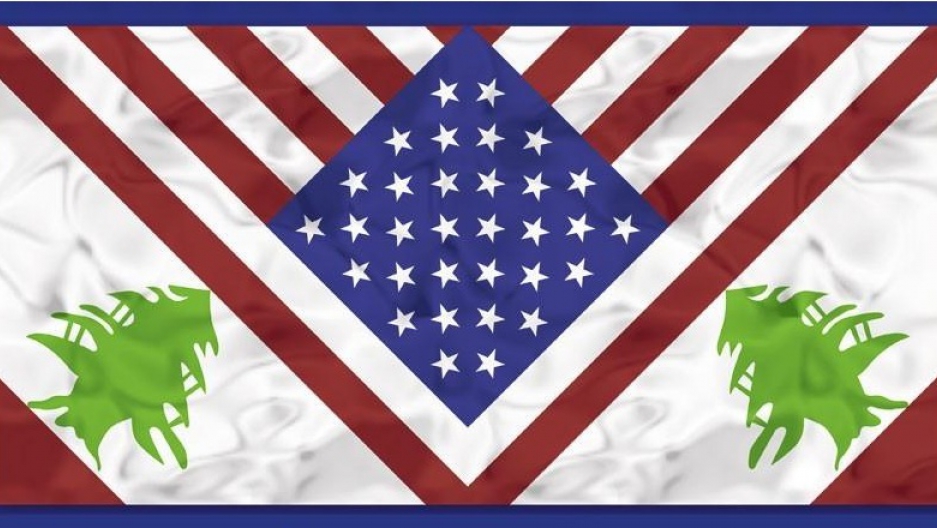 The Friends of Donald Trump in Lebanon Facebook page gets comments, such as: "Go Mr. President God bless you" and "We need someone like you [in Lebanon] to clean up our country."

Courtesy of the Friends of Donald J. Trump in Lebanon Facebook page

On November 8 — Election Day in the US — Roy Tohme stayed up all night waiting for the results to come in.

“A couple of friends and I gathered at a friend’s house. We had an election party,” says Tohme. “We started getting the results from every state.”

Tohme and his friends live in Beirut, Lebanon. And they were rooting for Donald Trump.

When the long-shot candidate won, Tohme was thrilled.

“It was better than Super Bowl. That’s how good it was,” he says.

The 31-year-old lawyer is among more than 45,000 people who have “liked” the Friends of Donald J. Trump in Lebanon Facebook page.

Why are so many Arabs fans?

“Because they want to make the Middle East great again,” Tohme says.

President Trump’s executive order to temporarily ban the entry of nationals from seven Muslim-majority countries, and to halt the US refugee program, has been met with protests in the US. Yet Trump has some vocal supporters in the Middle East.

Tohme says people in Lebanon used to be scared to say they liked Trump but that has now changed.

“We think now that he is president, people are coming out,” Tohme says. “People are no longer afraid to express their own opinion.”

Most who have joined the Friends of Trump Facebook page did so this month. And every day, people post praise for the new American president.

“God bless president Donald Trump; we need a strong man like him in Lebanon,” says one comment. “Go Trump go ...from Lebanon we love you,” says another.

Regina Kantara, a lawyer and politician in Beirut, says it shouldn’t be a surprise that Trump has fans in Lebanon and the region. Part of it, she says, has to do with one of Trump’s advisers, Walid Phares. He’s a Maronite Christian from Lebanon who’s also a Fox News analyst.

“Phares is Lebanese. He knows very well the Arab world,” Kantara says. “He speaks Arabic and knows the mentality.”

She shows me a video of Phares from a Lebanese TV station, where he’s outlining some of Trump’s plans for the Middle East, including how he’ll revisit the nuclear deal and contain Iran.

For people like Kantara and Tohme, that last bit is key. Trump’s tough talk on Iran plays into a regional divide where Sunni Saudi Arabia and Shiite Iran compete for influence. Kantara and Tohme say Iran is trying to control Lebanon through its support for the powerful Lebanese Shiite group Hezbollah. They say former US President Barack Obama was too soft on Iran but Trump is taking a different approach.

“He said now, that Iran is playing with fire,” says Kantara, referring to a tweet from Trump. “And that Iran had a very nice and good time in the time of Obama and Iran has to understand that this good time is finished now.”

Most of the people actively commenting on the Facebook page seem to be Christians like Kantara and Tohme, though Trump does get praise from some Muslims here.

“I would have voted for Trump,” says Nehme, who was driving his taxi in Beirut when he heard the news of Trump's win.

Nehme says he thinks Trump will be more effective fighting ISIS in Syria than Obama was. As for Trump’s travel ban on the seven majority-Muslim countries, Nehme shrugs it off.

“Maybe it’s a ban on terrorists,” he says. “There are lots of Muslim countries he didn’t ban.”

The current list of banned countries just makes sense, according to Tohme.

“You can just Google ‘Somalia,'” he says. “Those countries [sic] don’t have functioning governments.” Nehme made his comment before Somalia elected a new president this week.

When I ask Tohme about unconfirmed rumors that Lebanon could potentially be on a second round of countries affected by the travel ban, he says he doubts that would happen.

As for Trump’s halt on Syrian refugees, Tohme says he’s pinning his hopes on the president solving the Syrian crisis so the refugees can go home — including the one million-plus Syrians now in Lebanon. Trump, he says, is misunderstood by people in the region.

“They’ve been mostly told that Mr. Trump is against Arabs and against all the Muslims,” Tohme says. “It’s just not true.”