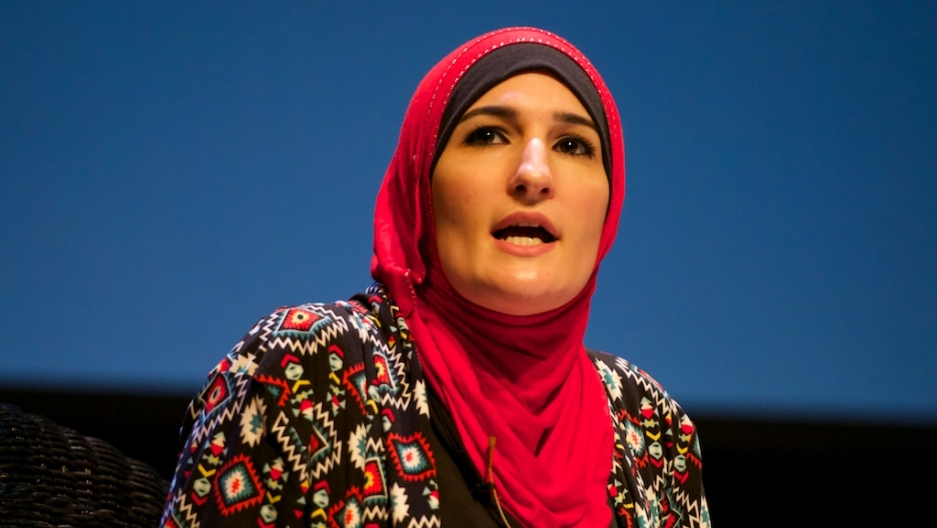 This snapshot shows a discussion about Islamophobia with Linda Sarsour, Ingrid Mattson and Imam Zaid Shakir.

More than 2 million people worldwide took to the streets over the weekend to demand women's rights. Now that everyone turned out, what's next? How do you turn a march into a movement?

The Women's March organizers have been planning those next steps for the past few months.

"There are already things happening right after the march," explains Linda Sarsour, executive director of the Arab American Organization of New York, and co-chair of the Women's March on Washington.

On Sunday, about 500 women in the DC area attended "Ready to Run," a training event for women who wish to run for political office. To make it happen, organizers partnered with groups that reflected the inclusive ethos of the march: EMILY’s List, the Latino Victory Fund, the Gay & Lesbian Victory Institute, The New American Leaders Project, Higher Heights for America, the Asian American Action Fund and Emerge America.

On its official website, march organizers are keeping things moving with their newly launched "10 Actions/100 Days" program, a plan to sustain the activism sparked by the marches.

"Now is not the time to hang up our marching shoes," reads the website. "It’s time to get our friends, family and community together and make history."

Every 10 days, Women's March organizers will share an "action" for people to keep the global movement alive. The first action? “Write a postcard to your Senators about what matters most to you, and how you’re going to continue to fight for it in the days, weeks and months ahead. You can go it alone, or consider inviting some friends, neighbors and fellow marchers over for a drink or dinner sometime in the next ten days to talk about your experience and fill out your postcards.”

Sarsour also explains the reason behind the teach-ins for DC marchers who stuck around the city on Sunday. "It matters to me more what happens after the marches," she says. "What we hope happens is that people are so inspired and so moved that they go back to their local communities and find causes to be a part of. We have no choice. We can no longer be complacent in this country. We can't be apathetic. We cannot stay unengaged."

Sarsour warns that if the energy of the march isn't translated back to communities, there's a lot to lose. She believes the US is facing a fascist regime.