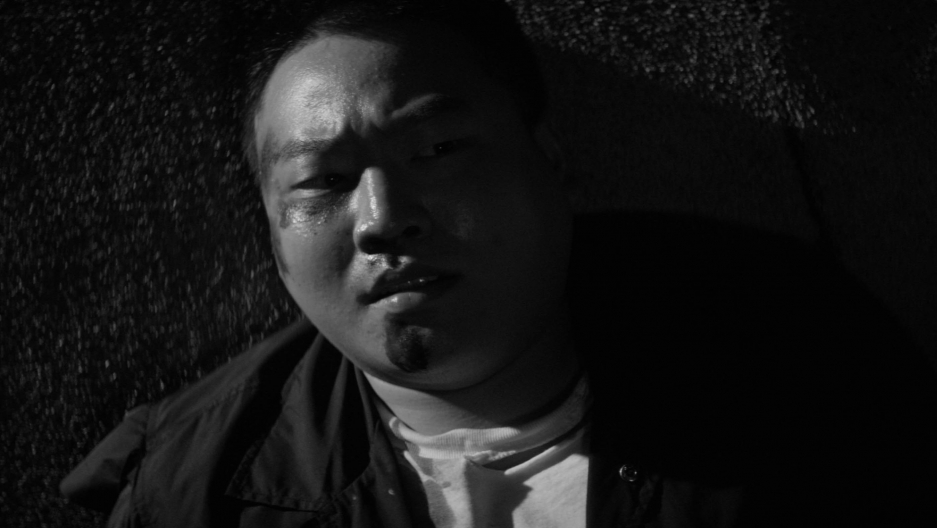 David So appears in "Gook" by Justin Chon, an official selection of the NEXT program at the 2017 Sundance Film Festival.

When his father was 11, he was “the Macaulay Culkin of the ‘60s in South Korea,” Justin Chon proudly told Conan O’Brian during his late show appearance in 2013.

According to the younger Chon, an actor and director whose film “Gook” will have its world premiere at the Sundance Film Festival this Saturday, one of Sang Chon’s memorable performances as a child actor involved him being inside a Godzilla-type monster’s ear and trying to knock out the eardrum with a giant cotton swab.

When Justin Chon himself was 11, however, acting was the furthest thing from his mind. But that time in his life inspired his latest film, which takes place against the backdrop of the 1992 Los Angeles riots. Of all the feature films that have dramatized that violent week over the years, there has yet to be one that focuses on the Korean American experience, a hole in Hollywood movie history Chon hopes to fill with “Gook.”

Chon remembers watching news of the riots on TV as a kid: clips of the Rodney King beating being shown over and over again, as well as real-time footage of protests, theft, arson and killings that escalated quickly and lasted for six days after the police officers who were caught beating King were acquitted of using excessive force.

By then, Sang Chon had left both show business and Korea behind. He’d immigrated to America and opened up a shoe store in Paramount, California, a city neighboring Compton. When violence broke out, he, like many Korean immigrant store owners in the area who quickly realized the police would not be coming to their aid, took to the streets with guns. They were not only protecting their stores, but also defending their neighbors, whose cries for help were broadcast over Radio Korea, the main Korean-language radio station in Los Angeles.

The Chon’s store was looted on the very last day of the riots.

Justin Chon plays Eli, one of two brothers in Los Angeles on the first day of the 1992 riots, in his feature film "Gook."

“It was confusing,” says Justin Chon. “I was too young to really understand the gravity of the situation or how dangerous it was. To me, it was a like a fairy tale. My dad was protecting our stuff. I think that speaks to the innocence of a child. I didn’t really judge anyone. I wasn’t even angry that we got looted. I was just watching it unfold, wondering, ‘Do we have to move?’”

“Gook,” which is Chon’s second feature film, takes place on the first day of the riots, which Korean Americans refer to as Saigu — Korean for April 29. It follows 11-year-old Kamilla (Simone Baker), an African American girl who works at a shoe store, and her friendship with two Korean American brothers, Eli and Daniel (played by Justin Chon and David So), who are running their late dad’s shoe store. Though the word “gook” has become known as a racial slur for Asians that was used by US military during the Korean and Vietnam wars, in Korean, it just means “country,” Eli explains to Kamilla.

Chon had been wanting to tell a story inspired by his family history for years, but finally got the motivation to finish his script in early 2016 when he learned of a few other Los Angeles riots projects in production — including the Daniel Craig/Halle Berry project “Kings” and another one in development by John Ridley. They, again, seemed to either ignore or barely graze the surface of the Korean American experience. By that time, Chon had gained cult fame for his role as Kristin Stewart’s classmate Eric Yorkie in the “Twilight” franchise and executive produced two films: his directorial debut "Man Up" and the award-winning documentary "Twinsters." But he still had never addresed his family's history.

“We were not a side note,” Chon says of Korean Americans in this defining moment in Los Angeles history. About half of all damage caused by the riots was done to Korean-owned stores. Nearly every building in LA’s Koreatown was damaged, and tens of thousands of Korean Americans instantly lost their livelihoods.

Also: The reconciliation of Mark Wahlberg

“When the LA riots happened, people didn’t want to take responsibility and say, ‘We failed as a city,’” Chon explains. “They needed a scapegoat, so the first people they started to blame were the Korean business owners. ‘It’s your fault for going into those [African American] communities and aggravating them by taking their money, not assimilating and antagonizing them.’ And it was true that Korean Americans in those neighborhoods didn’t assimilate, but it was because there was no education. They came from war-torn countries and were just trying to find a way to make a living. So the city really threw us under the bus. They contained areas like Beverly Hills and the Palisades, but they just left everyone in that area [near South Central, home mostly to African Americans, Latinos and Asian Americans] to kill themselves. The looting, fires — it was like a zombie warzone.”

“So in the film, it was important to me that it wasn’t about ‘us vs. them’ and that we told multiple sides,” says Chon. “Even though I’m coming from the Korean American perspective, the African American community had absolutely every right to be angry at the Rodney King verdict. We all got the short end of the stick, and all sides were operating from so much pain.”

This April is the 25th anniversary of the riots. Chon and his team were determined to work fast. In the summer of 2016, he gathered his cast and crew to shoot the film in black and white with a minimal budget, and they launched a crowdfunding campaign in October to make up the rest of their post-production costs. They not only reached their $30,000 goal in one week, but had almost doubled their budget by the end of the campaign — which Chon believes is a testament to how long people in Los Angeles have been waiting for a Korean American LA riots story.

As a result, Chon’s micro-budget film will premiere at Sundance this weekend before any of the other studio-backed LA riots projects has even gone into production.

Simone Baker appears as Kamilla in "Gook" by Justin Chon.

As grateful as Chon feels to showcase the talents of newcomers like Baker, Cook Jr., and David So, known mostly for his YouTube comedy, his most personal casting success story may be that his father Sang Chon agreed to be in the film, despite not having acted in more than 40 years. Chon’s father plays Mr. Kim, a cantankerous Korean immigrant liquor store owner across the street who constantly butts heads with the second-generation brothers.

“It took a long time to convince him to be in it,” says Chon. “He was like, ‘Why do you want to tell a story about that?’ Asian people are kind of like that — they want to sweep shit under the rug. 'Why would you want to relive that? For art? I don’t care about art.’”

“But for me, as an Asian American artist who believes in the importance of creating our own stories, I’d feel so guilty if I wasted this opportunity to make a film about something that was so personal to me and my family.”

More: Despite history, Japanese Americans and African Americans are working together to claim their rights