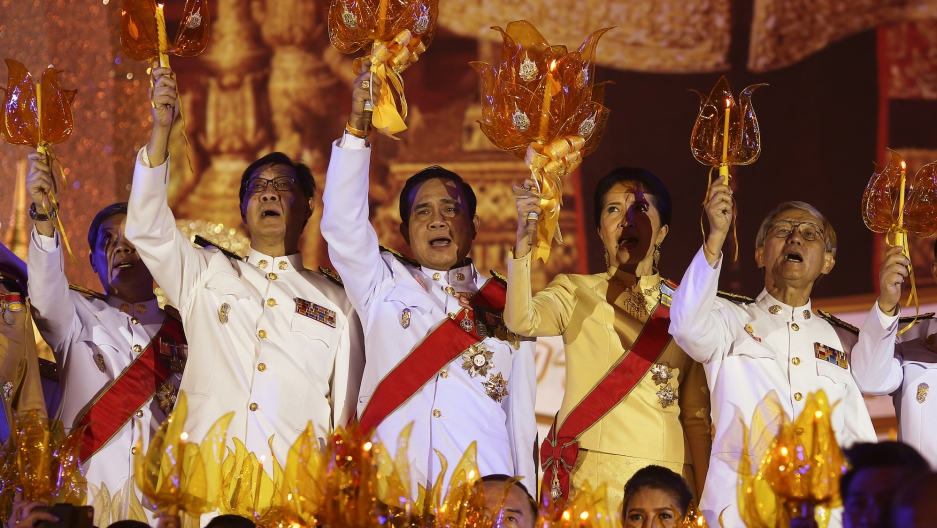 When addressing the nation, Thailand’s strongman ruler is often dour. He frequently speaks to the public in gruff orders, as if addressing a disorganized platoon.

Yet it seems that Prayuth Chan-ocha — a former army general who seized power through a coup — cannot hold his tender feelings inside.

He has just released his fourth pop song. Like the others, it is a pure dose of saccharine nationalism.

As for the songwriting style? It’s adult contemporary propaganda. Imagine John Tesh as an autocrat vowing to restore national purity.

Prayuth’s latest tune is called “Bridge.” It carries on a theme he established with his original ballad, released in June 2014. That was shortly after he toppled an elected government and locked up his political rivals.

Each song evokes a beautiful land, under siege by “menacing danger,” that must be rescued. This mission — essentially making Thailand great again — is depicted as a job for valiant men in uniform.

As in Egypt, the Thai army holds immense political and corporate power. Even during bursts of democratic rule, the all-powerful army is looming in the background.

As one Prayuth verse explains, when the “flames are rising,” the generals are ready to “step in before it’s too late” — thus saving the country from immoral elected leaders.

In other words, Thailand’s army has a savior complex. This explains why the army has staged a dozen successful coups since the 1930s, the last decade that saw Thailand directly ruled by kings.

In his speeches, Prayuth often romanticizes Thailand’s past. The 62-year-old is fixated on an imagined era of past virtue. His lyrics ooze nostalgia.

(Just to be clear: the gravelly voiced Prayuth only writes the songs’ lyrics. He dispatches subordinate officers to do the crooning.)

In televised speeches, Prayuth will adopt the tone of a stern father. He lectures Thais on a range of subjects — everything from littering to making kids do chores.

He has even set up a militaristic program to instill classic Thai values (which he personally concocted) into elementary school-aged children. They include “having a sense of shame over guilt” and remaining “unyielding to the dark force.” 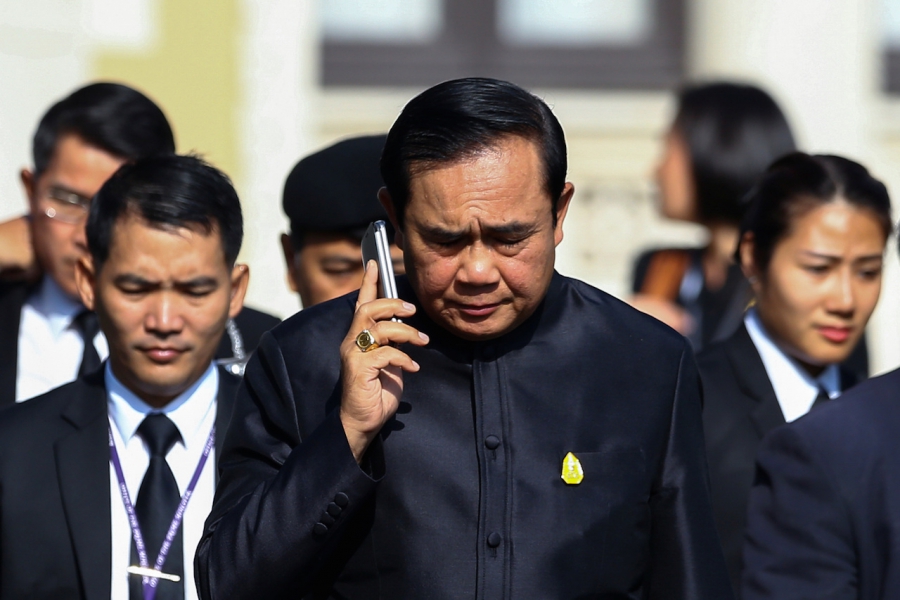 Thailand's Prime Minister Prayuth Chan-ocha speaks on his mobile phone as he arrives at a weekly cabinet meeting at the Government House in Bangkok, Thailand, Dec. 20, 2016.

In Prayuth’s lyrics, the nation of Thailand often comes across as a wronged lover whose faith must be restored. From his latest ballad:

“Don’t lose heart because I’ll never give up. My two hands won’t let you go … I’m ready to be the bridge for you to cross into cool, fresh comfort. That day isn’t far off. What we dreamed of will come true … for I was born to live for you, my treasured land.”

This fantastical future day will presumably come when the army finally purifies Thailand of political feuding. But this is a dreamy notion indeed.

For more than a decade, the country has been torn by political clashes. There is strife between influential elites and the working class — and enmity between Bangkok, the ancient seat of power, and an increasingly assertive upcountry.

Practically all sides, including the ruling junta, will publicly contend that these feuds eventually must be resolved through elections. Yet the army seems awfully reluctant to hand over the keys — even after it installed a new system that saps the power of elected politicians.

Since it seized power, the army has proven highly sensitive to any form of dissent. Thais have been detained simply for clicking “like” on subversive Facebook memes. Those who openly protest military rule can be hauled away to military camps for “attitude adjustment.”

So when will the military finally give in and hold an election? That remains a mystery.

The date has been repeatedly pushed back. It was supposed to happen last year. It’s now officially slated for 2017. However, a top official just kicked off the new year by proclaiming that, actually, 2018 is looking more likely.

Perhaps Prayuth’s songs hold clues. In his original track, played incessantly on radio stations following his coup, he asked the public to be patient with the troops.

“To bring back love, how long will it take? Please, will you wait? We will move beyond disputes. We will do what we promised. We’re just asking for a little more time.”

That was more than 2.5 years ago. Yet in his newly released ballad, Prayuth is pleading, once again, for more and more time to make things right.

“So it might have been a while since I started fighting for you, this land I love so much. But no matter how long it takes, please, don’t get upset.”